It will take more than 90 days

The first thing Eddie Fenech Adami did after checking in into the Auberge de Castille on 10 May 1987 was book himself flights to Europe’s capitals. The great work of emerging from the iron curtain days of Dom Mintoff and Karmenu Mifsud Bonnici had begun. And a chunk of that work would be showing chanceries that Malta switched ideological loons with someone reasonably decent.

It would be a start.

There’s a new creepy boldness in some that are keen on the revision of the country’s history of the 1970s and 1980s. There’s a temptation to speak to a greater share of the audience born after 1987 to suggest to them that the years before were not quite as dark as the elders remember them. There are supporters and revisionists for all sorts of historical figures. Maximilien Robespierre meant well. Benito Mussolini got the trains to run on time. Mao Zedong made sure everyone got a bowl of rice. Karmenu Mifsud Bonnici was a good socialist.

Whatever you choose to make and elect to remember from the 1980s, by 1987 no one outside this country considered Malta a reliable foreign policy partner.

Dom Mintoff locked up the mediating efforts of the Conference for Security and Cooperation in Europe over his pet hates. That’s while he surrendered Malta’s security infrastructure to Mu’ammar Ghaddafi, himself anything but a friend of the rest of the world.

Malta may or may not have been a tactical locus for the Lockerbie bombing but it definitely gave a hand to Ghaddafi when the West retaliated violently to his serial terrorism. “Non-alignment” isolated the country from just about anyone. The country’s human rights record cut it off from the network of the Council of Europe. The incompetent management of the Egypt Air hijack cost lives. In 1987, Malta was alone.

In 1987, the new Eddie Fenech Adami administration sought to change that, signalling to the world that it would be a feasible and reliable participant in the activities of the international community.

There were some major PR wins. The USA and the USSR chose Malta in 1989 as a venue for a summit that would symbolically close the Cold War. A few months later, John Paul II visited Malta and spoke of Malta’s “European vocation”. The context of that visit is sometimes forgotten. It was happening right at the time when the iron curtain regimes of Eastern Europe were collapsing, including the regime of the Pope’s native Poland. The first Papal visit to Malta by the Pope partly credited with undermining the longevity of communism, signalled Malta’s rehabilitation. 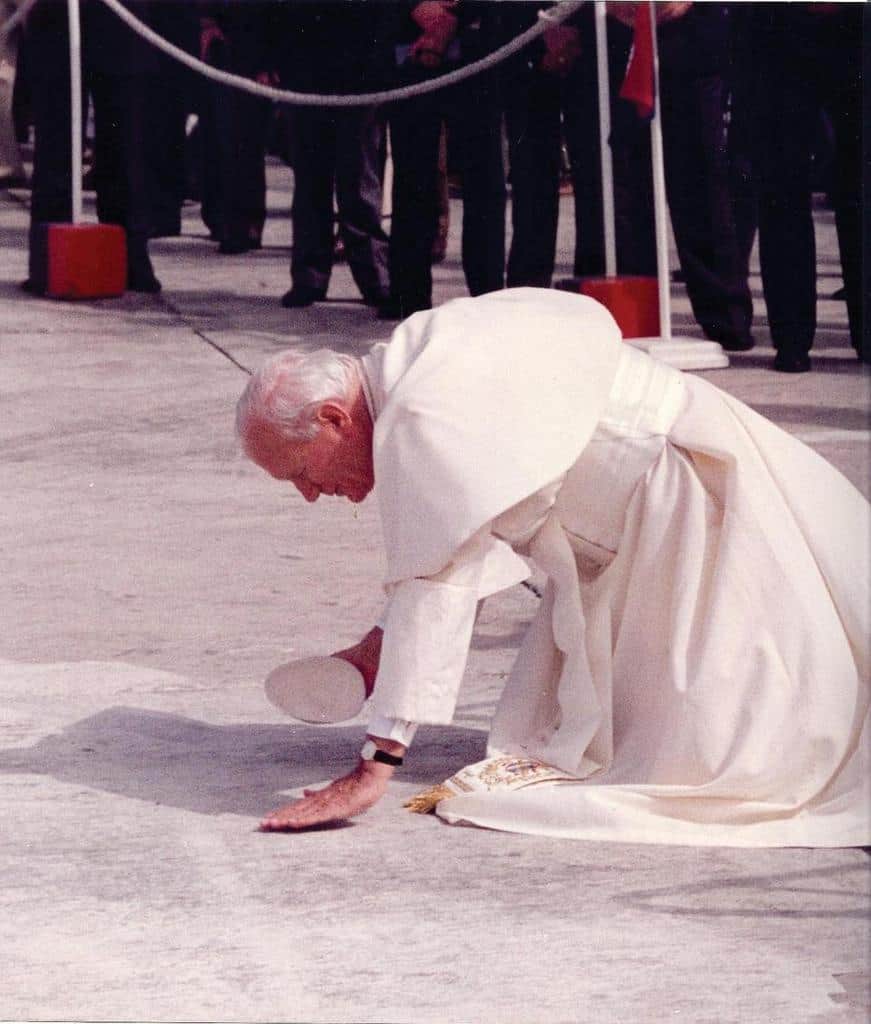 For a long time, it would not be enough. A month after the Pope had visited, Malta filed its application to join the European Communities (the EU now). There was a feeling then that the dark days of 1971-1987 were behind the country; that it was time to reap the rewards.

But it wasn’t to be. When the EC next opened their doors, in 1995, they let in Austria, Sweden and Finland. Norway and Switzerland preferred to stay outside. And keen Malta was left shivering at the door. Some member states thought Malta was a bit of a joke country: too small to be taken seriously, and given its past record, too unreliable to be considered a viable partner.

Malta itself would happily confirm that prejudice. As Turkey would do later, the Maltese took Europe’s rejection with spite. In 1996, Alfred Sant’s first act as prime minister was to inform the EC that Malta was no longer interested in joining.

Then Malta did something unexpected. By 1998 it had regretted its inconsistencies, went back to Europe and, frustratingly slowly, earned a place in the enlargement of 2004.

Our foreign policy since 2013 has transformed us into a proper rogue state. This is not hyperbole. UK law defines Malta as a financial jurisdiction of a high risk for money laundering and financing terrorism. I don’t know a way of making that sound any more explicit for people who still refuse to understand just how serious that is.

But it’s just one other dark face of this black diamond we have become. We are clearing our throats to declare an exclusive economic zone in the Central Mediterranean but we can’t be arsed to go out to rescue people drowning in it. We twist and turn international law according to whether the interpretation du jour is convenient to us. We are all for regional integration as long as the money flows but the cause of retaining the right to swindle other countries of their tax money remains as sacred as the Crusades.

And we fight the Crusades without apology for the atrocities we have committed. Not only is there no embarrassment for having helped the Azerbaijani, Venezuelan and Angolan royals to doge international scrutiny, while propping up an Iranian to set up a European bank for them, we persist in refusing to bring anyone involved in those crimes to justice.

That’s while we sell Maltese citizenship to Vladimir Putin’s oligarchs and sundry financial crooks and insist on doing so while alone we defend this presumed “right” in an international court.

Our policy for the way we relate to the rest of the world is summed up in the maxim ‘We are Pirates’. We don’t merely do what we should. We do what we can. It’s a slightly less sophisticated version of the shrill ‘Malta l-ewwel u qabel kollox’.

It would have felt hopeless and despairing in 1987 as well, except that at the time there was an alternative plan to turn the page and rehabilitate the country. Quit non-alignment but retain neutrality. Keep a respectful distance from Libya while protecting commercial interests. Open up the economy and dismantle tariff barriers. Abolish currency controls. Commit to the values of the Council of Europe and restore human rights. Change everything about our laws and our system that needs changing to be able to join the EC at the first available opportunity.

Even with such a clear plan the rehabilitation of Malta in the eyes of the world took all those long years from 1987 to 2004 with that near-catastrophic hiccup of 1996.

What’s the plan to emerge out of the current quagmire? Restructure the economy away from tax profiteering? Guarantee human rights protection to migrants? Handover corrupt bankers and mafiosi laundrymen to justice? Abolish the sale of passports?

No. At least none of that is coming out of the opposition Nationalist Party that is, as its fond of remind us, “the only alternative to Labour”.

Bernard Grech says Malta’s reputation on the world stage would be sanitised and reversed within 90 days of his election. But why? How?

Why would the commenters under this paid fluff piece promoting Malta’s property market on the UK’s times change their mind about us because we switch Robert Abela with Bernard Grech?

It would be a start. But.

Previous:More calls for apology I should imagine
Next:GUEST POST: The Johnny Cash Story