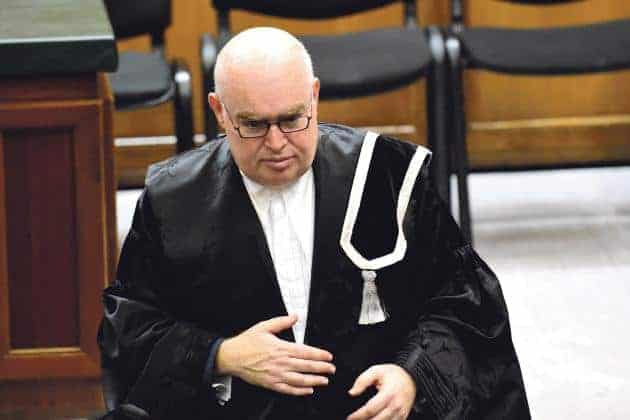 Maybe this one is for the chest-beating patriots who think this would be paradise if only there weren’t any black people.

Two architects are found guilty by a court for not doing their job properly and causing as a result the death of a woman. It was hard enough in a place like this where no one is responsible for anything to secure the conviction and prove the culpability of the architects who caused the death of Miriam Pace.

Magistrate Joe Mifsud – yes, him again – quoted in his judgement the archbishop speaking at Miriam Pace’s funeral that we should not look for vendetta and used that premise to justify his conclusion that the architects should not serve time in prison.

Prison is not vendetta. Vendetta would be if Miriam Pace’s children hired a wrecking ball to knock down the architects’ houses with their families inside. That’s vendetta.

Sending people to prison after due process on the basis of pre-determined law is justice. Which Joe Mifsud proceeded to deny Miriam Pace, her relatives, and, though admittedly less importantly, the rest of the country.

Who wants to live in a country that doesn’t think that the negligence of architects resulting in a building collapse that kills people should have no material consequence? Perhaps someone who wants to go on a Costa cruise and would allow Francesco Stecchino to get away with a pay cut. Or someone who would have been happy for Bernie Madoff to be banned from the golf club after setting their savings alight.

Magistrate Joe Mifsud was intuitively keen to protect the interests of society when he denied bail to a Turkish man who fiddled with his covid certificate to fly to see his sick mother on a weekend. The magistrate was frantic about the imminent danger he believed existed of rampant abuse of the covid certification system, abuse, I must add, which was only rampant in the magistrate’s mind.

No such concern about errant, incompetent, negligent and corrupt architects signing off on projects that kill innocent victims next door.

Joe Mifsud’s name keeps coming up. His methods and his decisions are not quaint and endearingly unorthodox. By his own definition he is selectively vindictive with some people who appear in front of him and inexplicably lenient with others.

And race tends to play an awful part of his inconsistency. Somehow I suspect if the architects had been Turkish, they’d know the inside of Kordin.

Judges and magistrates cannot be removed except by complex process driven largely by their peers. Removal would have to be based on manifest wrongdoing and objectionable judgements, that are in any case subject to appeal and review, do not in and of themselves amount to wrongdoing. Certainly not in the sense meant for an impeachment process.

The problem with Joe Mifsud is that he is simply and utterly unequal to the seat he occupies. He’s completely out of his depth. His confidence in what he seems to believe is his wisdom, his whims, his improvisations, his confused and confusing loyalties, are, quite literally, a menace to society.

No one can remove him but he can remove himself. Judges should, in principle, ignore the risk of popular reaction when reaching their decisions. Joe Mifsud is notorious for being particularly susceptible to the manner he is perceived. Not everyone will tell him this perhaps, but he should go.