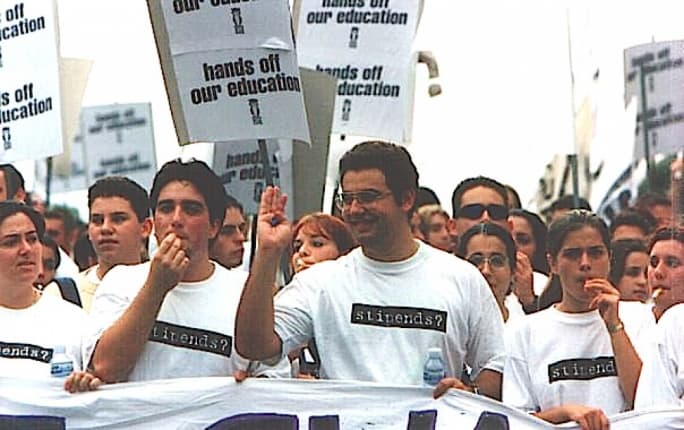 The decision of the Junior College to allow students to complete their A level studies over a four-year period instead of two to let them combine study with earning money for families who depend on them is right.

There are families who cannot make ends meet and quite simply cannot afford having their 16-year-old children going to school on a full-time basis. Understand that high school tuition is free, transportation to and from school is free, use of library and equipment is free, examination registration and certification is free. Though books and stationery are not free some of the costs are covered by a cash grant that is paid out to all students.

Although high school students do not make money as they would if they were working, they can get their university entry qualifications debt-free.

When you understand that, you realise just how hard up their families must be if the opportunity cost of their 16-year-old children not working in order to go to school is too high to let them do that.

I don’t know how deeply the Junior College have researched the problem and how informed their understanding of the causes of this problem is. They have reached the conclusion that forced to choose between a full-time high school program and getting a job that only requires compulsory schooling, at least some 16-year-olds smart enough to have acquired the O levels needed to qualify for the Junior College will choose to work instead of study.

In the Times of Malta report of today the decision makers put this down to economic hardship. Families depend on the income brought home by 16-year-olds. This is just a few years removed from the objections against compulsory schooling for younger children. Half a century ago some families feared starvation if they couldn’t send their 12-year-old to milk the goats.

Perhaps deeper research could reveal another reason for 16-year-olds foregoing learning in today’s world. More money is better than less and some families do not attribute sufficient value to education to justify a full-time high school program. Studying full-time beyond the age when you’ll get fined if your children miss school is seen as an extravagance or more simply a waste of time that could be better invested earning money or working in the family business.

If that’s the case there may still be a gap in values between what a 16-year-old might feel about further learning and what their parents might think about it. The young person would want to study but would only really be allowed to do so if they find an arrangement where they could combine studying with bringing home some bacon.

Stipends paid to students are problematic and in some ways an inefficient way of investing money in education as some of it, no doubt, is wasted on expenses that does not help the student learn more. But they are an attempt to address both these possible causes of people missing out on further learning: economic hardship in their families or a values gap between younger people and their parents.

Stipends have over the years been reduced in value to the point that they have become mostly token payments. But back when they were more substantial, stipends gave young people some measure of financial autonomy, enough to allow more families to afford their children continuing their education, enough for to make the extravagance, as some parents may have perceived it, something they could tolerate and live with.

Stipends helped the university population grow rapidly and yet we are still laggards in this country in the rate of people who continue their education beyond age 16. Too many people stop school as soon as they’re legally allowed.

The Junior College is providing a simple fix to ease some pressure some young people might feel to stop going to school. But this throws light on a problem, rather than solves it.

Frankly, we should be thinking about raising obligatory schooling to age 18 to give students who do not intend to study further at least a couple of years of vocational learning and structured apprenticeship or incubated entrepreneurship programs.

I can’t see how or why we still use industrial revolution excuses to justify 16-, 17-, and 18-year-olds cutting short their full-time learning experience. We should not be addressing the economic hardship suffered by families by forcing their 17-year-old children to give up full-time schooling to earn money to feed their parents and their siblings.

The fact is just a decade or two ago our country could afford to divert money to make sure that didn’t have to happen. I remember when the Labour government of 1997 wanted to abolish stipends and turn them into student debts. They mobilised One TV (Super One at the time) to film students wearing branded sunglasses or holding mobile phones to prove what a waste of money stipends were and how justified the government was to take them away.

Perhaps it is true that students who could afford branded sunglasses would have continued their studies with or without stipends because the wealth or the values of their parents would not have allowed them to miss out on further learning no matter the cost.

But there were students who wouldn’t dream of branded glasses of mobile phones (they were still quite rare in 1997) but who could only afford further learning because the state subsidised their learning.

We could afford it then, and now we accept a reality where we have to change the rules to allow 16-year-olds to work while studying because they would otherwise have to quit studying altogether.

I appreciate that economies go up and down. But isn’t this an explicit indictment of the lie of Malta’s supposed economic miracle post-2013? In this last decade we have squandered the beauty of our country, had roofs falling over people’s heads so that monstrosities could be constructed next door, had our views and our seascape taken away by massive apartments nobody lives in, have prostituted the name of the country laundering money for crooks, have increased our population by nearly a third importing labour in droves. All this in the name of the best of times for all.

We have gone through all that, but where has all the money gone? Why is there such a growing income inequality that some people cannot afford to allow their 16-year-olds to live out their youth studying, dating, hanging out, growing up? Why is it that our government cannot afford to help poorer students go through their studies and instead of putting some of the money we’ve made for millionaires these last 10 years into the education of the generations that we meant to do all this for, resorts instead to switching high school to a part-time program?

Why is it that the Muscat economic miracle, the years of plenty, the best of times, have made us so much poorer that we can’t afford for our children to get the educational experience as good (we wouldn’t dare hope of better) than we, well past-it boomers, had in our youth?