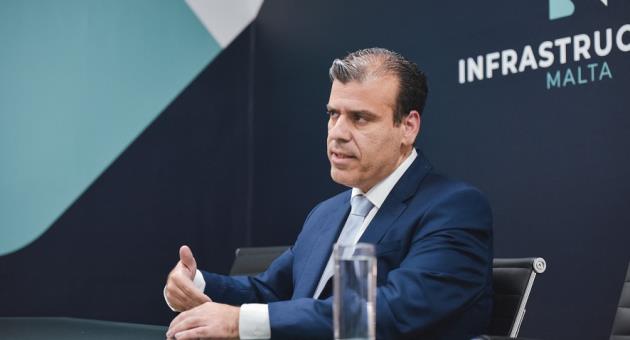 Joseph Muscat complained the institutions are acting against his cronies under pressure from “the usual people”. By that he means the police are only prosecuting Frederick Azzopardi to make it look like they’re doing something and get people calling for justice off their back. But they don’t really mean to have Frederick Azzopardi convicted.

Of course, it remains to be seen but the hints are not encouraging.

Arnold Cassola published a statement today complaining on just how long it took for the police to open their case against Frederick Azzopardi after he first filed the criminal complaint against him. Azzopardi’s lawyer picked up that point to say that the case against his client was past the statute of limitations.

It’s not like we haven’t seen all this before.

Here’s something I haven’t seen before. Looking over the shoulders of the prosecutors in this morning’s case someone spotted the police’s copy of the citation sheet, the writ delivered to Frederick Azzopardi to order him to court this morning.

Neatly hand-written in blue ink across the top of the police copy was this note: “To call before being served.”

You can easily crack that code. Frederick Azzopardi is a VIP, a Joseph Muscat satellite. Even those charging him a crime think so. We are to give him special treatment. We are to politely inform him he would be summoned to court before actually serving him with the summons.

This is not a matter of etiquette. A writ served to someone being accused of a crime should by definition, come as a surprise. Once an officer of the court is in a position to testify that they have personally served the accused with a writ of summons, the summons become binding. Ignoring it would amount to contempt, an offence in itself.

Giving anyone advance notice of summons is a tip-off, a suggestion that they might find a way of avoiding being served if that’s what they want to do.

Perhaps the police might assure us they’re not organising a farce.

Meantime, here’s another one. Frederick Azzopardi’s army of lawyers includes Rachel Powell. She’s defending him from the accusation of having broken environmental laws when he headed Infrastructure Malta. Now here’s the thing. Rachel Powell is Infrastructure Malta’s lawyer as well. By some reading of the book that is not a conflict of interest. By my reading of the situation that is another way of creating the false equivalence between a government agency and the crook hired to run it by another crook who was prime minister. The agency and the agent are not the same thing. It is he who is accused of a crime and he is responsible for it and it is he who must carry the consequences.

But that’s not how Frederick Azzopardi will take this.

In the meantime, we again have the absurd situation where in order to protect the crooks who captured our state, the state ends up prosecuting itself, one agency in court prosecuting another. I wouldn’t be blown over with surprise if we learn that Frederick Azzopardi’s former employer is paying for one of his lawyers in the process.