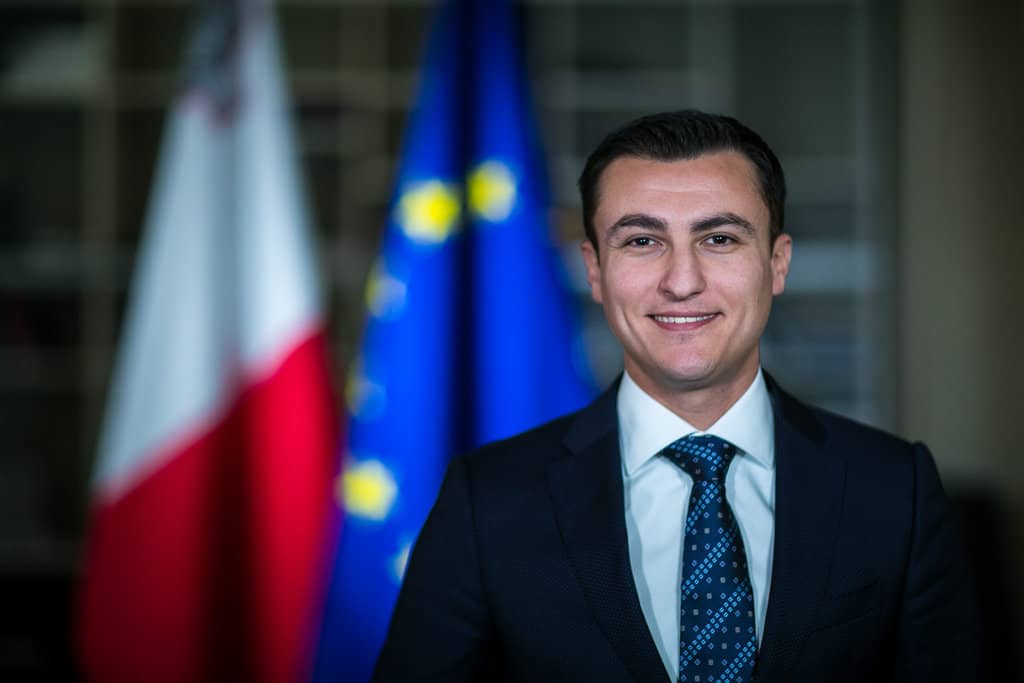 Silvio Schembri was asked by 103 interviewer Andrew Azzopardi if he thought the Maltese authorities had any responsibility to carry for allowing a 4-year-old girl to die of thirst in waters under our search and rescue responsibility.

As he took pains to point out Silvio Schembri is not the minister responsible for rescues at sea. He’s a government minister though, which places him in a better position than most people to complain to the responsible minister if his conscience twitched in any way at the thought of a girl dying of thirst because Malta’s army couldn’t be arsed to fish her out of the water.

The self-pitying excuses of being small and unable to solve all of Africa’s problems were all Silvio Schembri had to provide. Incidentally, little Louijin came from Lebanon, though it’s likely Silvio Schembri doesn’t know that’s not in Africa. Silvio Schembri had nothing to say about, and likely is not aware and certainly does not care, that out of a population of less than 7 million people, 2.2 million Lebanese need humanitarian assistance. That’s while the country hosts, poorly, 1.2 million Syrian refugees, 208,000 Palestinians and some 80,000 migrants.

Our “problems” are no comparison to the hell Louijin’s parents were escaping. And yet Silvio Schembri only feels pity for himself. She died of thirst, he said, because Europe “does not offer solidarity”. It’s their fault, not ours.

There’s been a lot of talk the last 10 days since Queen Elizabeth died that Malta remains stuck in a colonial mind-frame. There’s hardly any better evidence for that than Silvio Schembri’s argument that the ships of other countries should rescue people stranded in our seas because we’re too little to handle it ourselves.

I don’t really understand what Silvio Schembri expects. Is he suggesting that in Malta’s search and rescue area the Swedish navy should be doing the rescuing? The argument about how small Malta is also doesn’t follow from the facts. Was Louijin allowed to die of thirst because Malta did not have enough boats or fast enough boats to reach her on time? That doesn’t appear to be the case.

What attracted most people’s attention was the analogy Silvio Schembri made about Europe’s show of solidarity with Ukraine since the Russian invasion, enviously remarking that we don’t get that special treatment the Ukrainians are getting. Perhaps, he said, Europeans help Ukrainians because the war in Ukraine is closer to them than Malta is. The man can’t even read a map. Valletta and Kiev are about the same distance from Brussels. But that’s not the issue, is it?

How can Silvio Schembri compare a few hundred desperate migrants on rickety boats taking water with the rolling tanks of the Russian army? How can he compare children begging for water with perpetrators of war crimes and their trail of mass graves? How can he compare the Ukrainian army’s man to man, street to street defence of Ukrainian villages, with AFM soldiers ignoring the phone as NGOs plead for people’s rescue?

When people think of racism, they think of how hatred is addressed to people of other races, often people of specific races. And obviously racism is that. Silvio Schembri’s breed of racism, at least the one manifested by this response to Andrew Azzopardi, is a bit different. Let’s call it positive racism. It is an egoistic love of self, an exceptionalism, a sense of privileged superiority, that blinds the person to the suffering of others.

Silvio Schembri belittles the suffering of Lebanon, Africa, and Ukraine all inside of a minute and compares all three unfavourably with the effort it takes us to patrol our own waters and prevent people who pass through them from drowning or dying of thirst.