The road to Lia 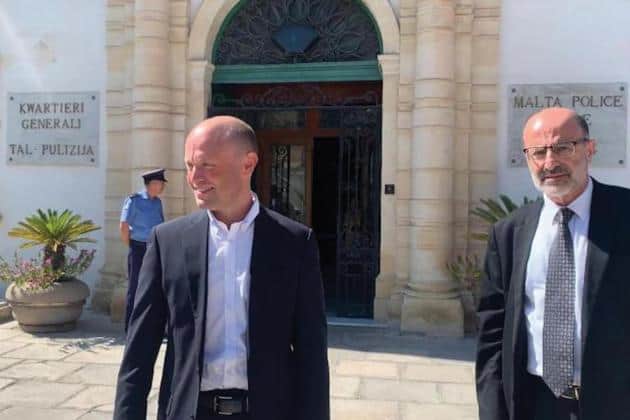 The issue Repubblika has in court with Magistrate Nadine Lia has taken a disturbing turn. No one has the right to choose a judge to hear their case on the basis of whether they like them or they fancy their chances of getting a favourable decision out of them. But everyone has the right to expect to be judged impartially in decisions handed down by someone unburdened by conflicted loyalties between justice and family or personal obligation.

A judge is obliged to recuse themselves from hearing a case in which they or a close relative of theirs have an interest. The burden is on them. It is both a moral and legal obligation to own up to conflict and step aside. It’s never simple of course. There’s a risk that a judge might wish to dodge their duty of hearing difficult cases and chooses instead to stretch the obligation on conflict to avoid doing their job. That has happened a few times.

There’s something of a contradiction there. If it is being pointed out to a judge that their position is conflicted, then surely, if that conflict exists, it will also influence their decision on whether they are conflicted. Perhaps that’s a poorly written sentence. Hopefully, you still know what I mean. It takes a serenely impartial judge to judge serenely that they are impartial. Perhaps that’s better.

Nadine Lia is one of the more egregiously partisan appointments to the bench of Joseph Muscat’s government. Over the years between 2013 and 2017 Daphne Caruana Galizia documented each one of these partisan appointments, criticising the choices in some cases because of the individual qualities of the appointees which made them of questionable suitability for the job, and in most of the other cases for being part of a statistical trend that amounted to a hostile takeover of the judiciary by the Labour Party.

After Daphne was killed, the matter was observed by the Council of Europe’s Venice Commission. Naturally, they didn’t go into the merits of the partisan background of each judge. But they did say that the judicial appointments system we had gave our prime ministers the opportunity, should they choose to take it up, to stuff the judiciary with their cronies.

Repubblika took up that observation and argued that Joseph Muscat had chosen to take up that opportunity. Joseph Muscat worked on a long-term plan to ensure that if his misdeeds were ever to reach the courts, in spite of the obstructions he organised through his cronies in the police and the prosecutor’s office, his chances of getting away with it would be helped by the statistical likelihood of being judged by someone who owes their job or their promotion to him.

It is increasingly clear that Nadine Lia’s obligations have been called up by her godfather. Repubblika is preparing to make its arguments on this in a human rights court and I won’t be anticipating here the details of the evidence we will be providing.

I will just try to portray for a moment, before further action is taken, just how the present moment feels.

When we went to court to challenge Angelo Gafà to act on a magistrate’s instructions from 18 months before, Nadine Lia shelved the case for four months. When we asked her to bring the date closer to reduce the already excessive delay, she refused. She rejected the claims we made about what the inquiry said and instead of asking the police chief and the prosecutor whether what we claimed about the inquiry was true or not, she asked them instead if they had given us a copy. They said they hadn’t. We had never claimed otherwise. But from their response, Nadine Lia drew the illogical conclusion that what we said the conclusion said could not be true.

She twice appeared to us to go down the prosecutorial road of putting pressure on our sources. First she asked the police to establish how we came to know of the contents of an inquiry even as she suggested it may not exist. Then she dismissed the authenticity of a notarised copy of extracts of the inquiry because the copy was handwritten, which is, as anyone vaguely familiar with court customs, entirely normal. She complained she wasn’t given a photocopy instead which may have meant that she wanted more clues to find out how the original came into Repubblika’s hand.

None of this is relevant to the decision she’s been asked to take as to whether the police should be ordered to do what they’ve already been ordered to do in an inquiry.

Again and again, she rejected the argument that being the daughter-in-law of Joseph Muscat’s lawyer was in itself a conflict that should make her recuse herself from hearing the case. She rejected a request to have her father-in-law testify in open court, denying Repubblika the right to summon its witnesses in the case. But she implicitly admitted hearing his side of the story privately when she provided an alternative interpretation of an incident where Robert Aquilina, in front of a witness, was confronted aggressively in the street by the elder Lia.

How does this feel from the outside? It feels like we’re in a partisan battle with a magistrate whose conduct would be rather more likely expected from some mid-ranking party apparatchik like Jason Micallef or Glen Bedingfield. Most judges, even ones with well know political biases, would recuse themselves when asked on grounds of partisan loyalties just to avoid bringing the reputation of impartiality of the judiciary into disrepute. They might do it under protest, denying to their last breath the idea that the alleged conflict might have prevented them from making an impartial decision. And yet, they would acknowledge that justice need not only be done, it must be seen to be done.

The fact that Nadine Lia doesn’t seem to care about any of that is, frankly, stunning. Her conduct now cannot be fairly compared with any of the Labour Party friendlies appointed to the judiciary in the years when she was handpicked.

She is so transparently obstructing a proper examination of the institutions’ conduct in the Pilatus Bank case, that is of such great interest to Joseph Muscat and Keith Schembri and Paul Lia, that she seems beyond caring how this is hurting not just her reputation but the standing of the entire judiciary.

You could dismiss this as the unjustified moans of a litigant in court losing confidence in their case and blaming it on the judge, or the system, arguing, baselessly, that the system is stacked against them. Many people no doubt will do so. Nadine Lia will likely rationalise all this in that way.

Robert Aquilina and Repubblika are in this to push back against what we allege is an inter-institutional conspiracy to protect Joseph Muscat. Quite frankly, Nadine Lia’s behaviour is the strongest piece of evidence we’ve seen yet that such a conspiracy is real and present.

Although her behaviour is anything but a promise of a fair hearing, it frankly makes the case for us in the wider community. She provides a piece of evidence we never wanted to find. When we argued in court, right up to the European Court of Justice in Luxembourg, against the power of our prime ministers to choose and promote judges and magistrates we always made the statement that for us this wasn’t a personal judgement of the individuals concerned.

We had doubts about some more than others, of course. But by and large we never stopped hoping, still haven’t, that on the whole Malta’s judiciary could be trusted to uphold the values of our democracy if and when it is allowed to do so by other institutions whose job it is to bring to them questions of justice.

We are unhappy about being proven wrong on this by Nadine Lia. Unless, to our delighted surprise, she stops going down this road.