You can’t free information in secret 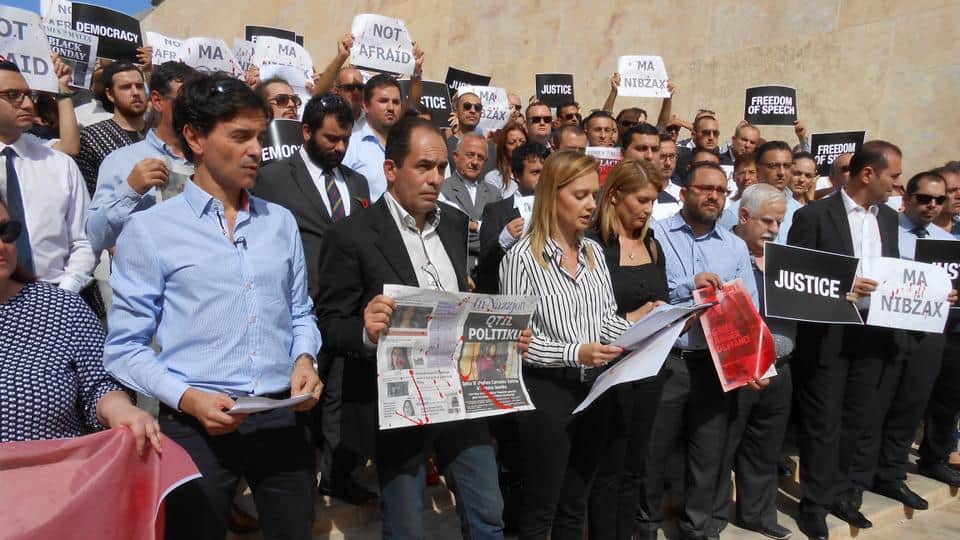 I joined a number of journalists, academics, and activists in calling on the Institute of Maltese Journalists (IĠM) to open up to the public their ongoing discussions with the government on reforms to secure media freedom in this country.

Five years since Daphne Caruana Galizia was killed, legal and administrative reforms to protect journalism are still merely an ambition. The recommendations of the independent inquiry on media reform have, it appears, been discussed by a group of experts appointed by the prime minister and that included journalists leading the IĠM.

It’s not known exactly what was discussed and what has been proposed. It appears the experts’ group has reported to the prime minister several months ago and Robert Abela has flatly broken his public commitment to publish their report within 10 days of receiving it.

What’s really awkward is that it appears that even the journalists on the experts’ group have agreed to keep their discussions with the government confidential. We’re told what’s being done is good for us but we’re not allowed to know what it is before it’s done.

This is too precious for our democracy to keep it as some shared secret within a rarefied club. The threats to journalism and free speech in this country are well documented. The consequence is our citizens are less well informed. Our job is to change that. Our job is to let them know.

I am publishing the full text of the letter here. 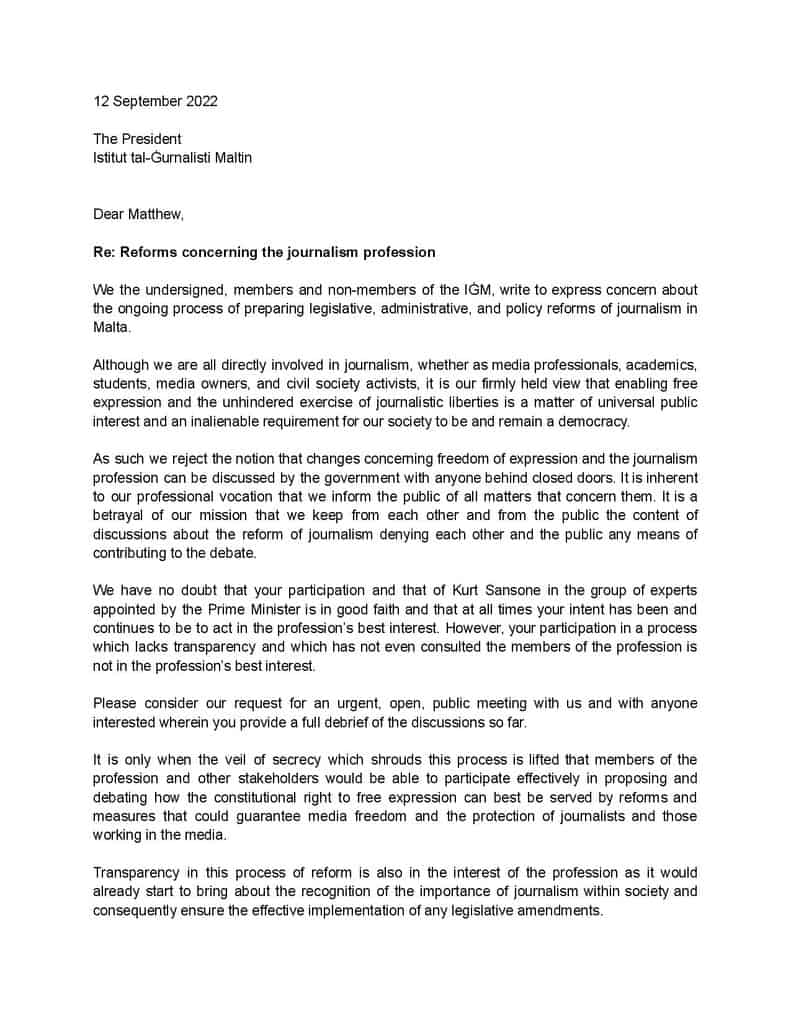