Is this the hate Engerer wants to rid us of?

I’m putting this here not because it’s exceptional. Frankly, I see so much of it I prefer to look away. But Cyrus Engerer pissed me off right and proper with his patronising sermon about how he’s the victim of classism, partisan bickering, and hate.

I know I’m one and I’m sorry, but Cyrus Engerer just goes about proving that men will gaslight like a stereotype of the gender.

Here’s your chance Cyrus Engerer. Would you call this classist, partisan bickering, and hate? 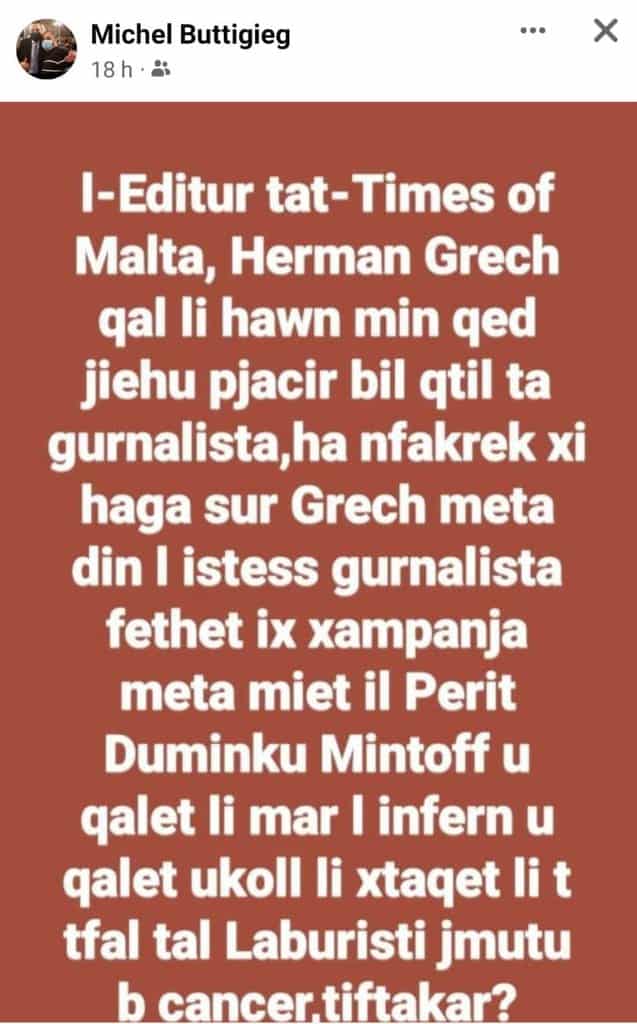 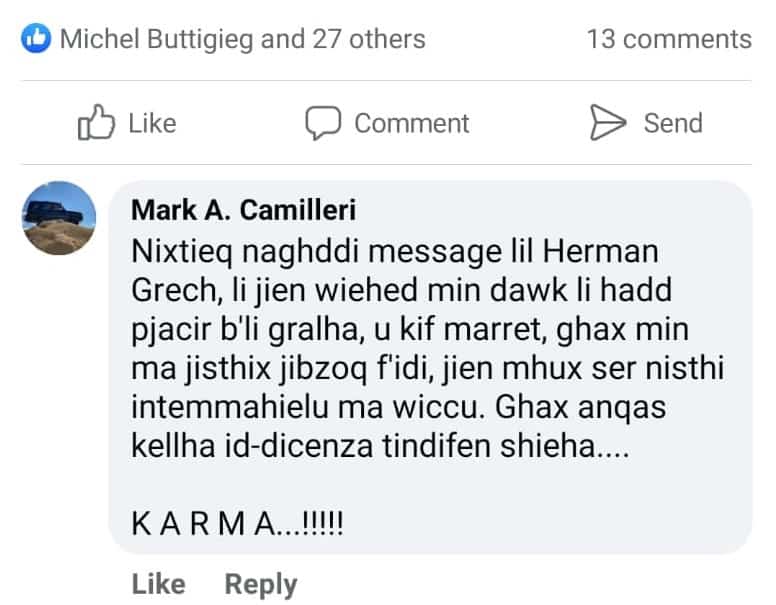 Michel Buttigieg is a Labour Councillor in Rabat, Gozo and a canvasser of Gozo Minister Clint Camilleri. 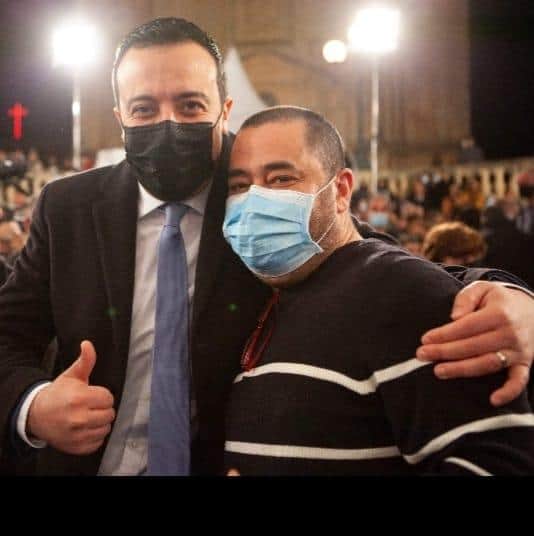 Now Cyrus Engerer might agree with me that there’s no space for this partisan “bickering”, hatred, and classism (for it takes a special kind of prejudice to feel you can openly say someone is not entitled to be buried in one piece). If he does, then he should do what I cannot and move in the structures of the Labour Party for the dismissal of these two from the Labour Party.

If he doesn’t do that, then what he was saying yesterday was classist, partisan, bullshit.

I’m picking on Cyrus Engerer because he stepped right into it. But it’s really about Robert Abela cultivating hatred, isn’t it? 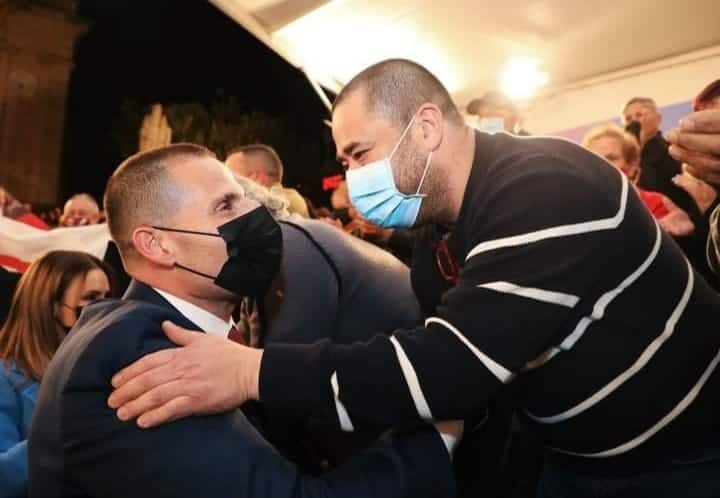 PS I have no difficulty in stating that I belong to a different class than anything Michel Buttigieg and Mark A. Camilleri belong to. I know I’m human.

Previous:European Federation of Journalists Secretary General: What is Abela afraid of?
Next:The Psailas continue “focusing on their profession” on the public payroll