This evening journalists are gathering at a meeting called by the IĠM, the institute of Maltese Journalists, to discuss the draft laws published by the government ostensibly to improve the protection of journalists.

One of the published amendments inserts a declaration in the Constitution that says that a free press is the fourth pillar of democracy. The words are new, the principle isn’t. A constitutional principle does not materialise just because a constitution says so. Our written constitution recognises formally three pillars of our democracy: the executive, the legislature, and the judiciary. But at least since the end of the Second World War and for some time before it our unwritten constitution recognised the idea that a free press was a necessary ingredient for democracy to work.

You can see how powerful that unwritten principle has been when you remember the shock when Labour Party thugs torched the building where Times of Malta was printed with its staffers stuck inside. Criminally that was arson. Constitutionally it was a democratic outrage.

Writing this in the Constitution now is not going to change anything in practice. It is being included in a section of the Constitution which is as materially relevant as a letter to Father Christmas. No one will be able to challenge a law passed by Parliament or a decision handed down by a minister even if it treats the media as something considerably short of the treatment appropriate for a pillar of democracy.

Consider the very act of adopting these laws. The government is proposing to Parliament the formal recognition the press as an equal partner to both institutions in the workings of democracy but it is refusing to allow the press to participate in the design of the laws that regulate it and are supposed to protect it.

What the outcome of this evening’s meeting will be is impossible for me to predict. Journalists are as a rule unhappy to be writing and speaking about journalists or journalism. As they say in the trade journalists do not like becoming the story. Their job is to speak about the other pillars of democracy not about their job. The industry is more impatient than anyone to close the chapter that opened with the pages charred by the fire that killed Daphne Caruana Galizia.

The government is offering us closure. Here’s something, they’re saying. It’s better than nothing. Let’s move on.

The Council of Europe’s Commissioner for Human Rights this morning published a letter she sent to Prime Minister Robert Abela telling him that he must “ensure that legislative work launched pursuant to the public inquiry report into the assassination of Daphne Caruana Galizia complies with international standards and is fully open to public scrutiny and participation.”

In other words, she told him he must do what he’s so far refused to do, and open these drafts to public consultation before rushing them through Parliament. “It is now crucial to secure a broad public consultation to include the views of civil society and of the journalism community in this legislative process.” Which part of ‘consult’ does Robert Abela not understand? Probably the ‘sult’. He gets the ‘con’.

Yesterday the President of Slovakia came to Malta and her first engagement here was paying tribute to Daphne Caruana Galizia. The night she was elected President of her own country the first thing she did was pay tribute to Jan Kuciak killed a few months after Daphne.

On a Facebook post accompanying pictures of her meeting with Daphne’s family President Caputova said that “journalists’ work and media freedom are irreplaceable for the functioning of democracy. Although it is difficult for us politicians to accept their output sometimes,” she said, “the importance of their work exceeds our interests and comfort.” 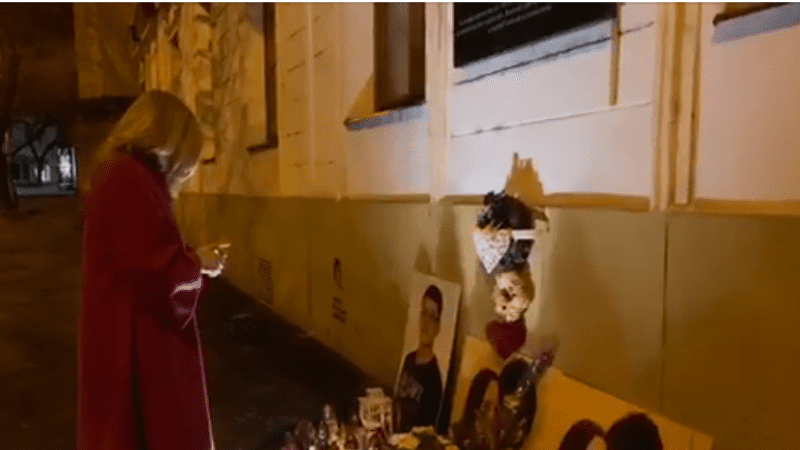 When she became President of Slovakia I remember contrasting her gesture at an improvised memorial to Jan Kuciak with the conduct of our own political leaders. Now we’ve gone beyond comparing gestures.

It’s quite simple really. It is not in the gift of a government or even Parliament to declare a free press as a fourth pillar of democracy. If this is a democracy, then the press must be free whether political leaders declare it to be or not or whether they’d like it to be or not.

The way they are stuffing these poor excuses for laws down our throats betrays just what they think of us.

Previous:The cheek on this guy
Next:GUEST POST: This week, join us.