We keep ignoring this at our peril 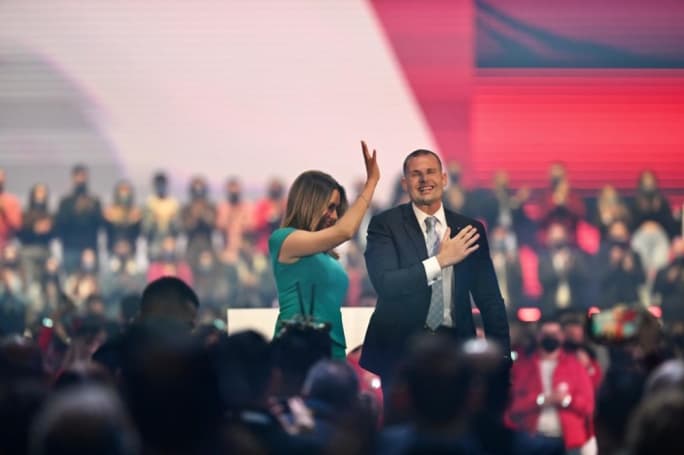 I’m not saying this because Raphael Vassallo said the opposite just yesterday. I don’t design my opinions around the misanthropy and jaded contrariness of someone whose religious maxim appears to amount to ‘I don’t care’.

I wouldn’t call them reasons, but if what you want is some guidance on how to stop worrying and love the fact that the only people to vote with two-thirds of all of Malta’s MEPs are German fascists who indulge their barely veiled nostalgia for the glory days of the Waffen-SS sublimating holocaust-denial with climate-change-denial, take Raphael Vassallo’s advice.

Why should we care, he says, if so many past resolutions of the European Parliament calling for impunity to end and democracy to be restored have been so mightily ignored by Malta? The logic, such as it is, and of course with more than a little paraphrasing just in case Raphael Vassallo gets to his libel lawyers before the German boot heel clickers get to theirs, is that since Europe can’t impose on us the rule of law, we shouldn’t care that MEPs politely ask us to in an umpteenth resolution.

Raphael Vassallo thinks that the resolutions on Malta thing has grown old, echoing the arguments, such as they were, in defence of their lonely votes against of Malta Labour MEPs Engerer, Sant, Agius Saliba, and Cutajar.

I think what has grown old is the effort of these four and their thin pasty line of goose-stepping allies who would deport our MEPs on sight if any of them exercised their rights as European citizens and moved to Germany to convince the local audience that this doesn’t matter.

Even the xenophobic, Emmanuel-Cuschieri-honking, trolls that infest the social networks like so much dried shit know in their heart of hearts that there’s something not entirely right when not a single socialist from Sweden to Cyprus and from Portugal to Lithuania can find it in themselves to vote in the European Parliament in a manner requested by Maltese Labour MEPs.

Unlike Raphael Vassallo, I think this vote is important. I agree with him it adds nothing that we haven’t been told a dozen times in the past five years. Which is why we need to be told all of it all over again.

Every time this happens, we are reminded that our reputation is not going to turn around just by waiting for it to do so. Our reputation will start healing when we show the world, we’re serious about introducing proper reforms in this country and those who committed the crimes that Daphne Caruana Galizia was killed for exposing start suffering some consequences.

We shouldn’t need anyone to impose on us the rule of law. We should have the self-respect of imposing it on ourselves.

And you know, here are some people that are not waiting around for Robert Abela to realise that this resolution is just as important as all the ones before it and once again he has failed in his primary mission of convincing the world, or at least the European Socialist Party, that he’s serious about changing this country and taking it to a place where those causes that allowed Daphne to be killed are properly addressed.

If you’re not waiting around join us on Sunday. We can bring about this change. Not by staying on our couches moaning at Robert Abela’s latest pathetic appearance on the TV stations he controls though.

Previous:4 Malta Labour and 6 fascist Germans only MEPs against call for end of impunity in Malta
Next:Star Comment: This one is for Alfred Sant