Clean up your own mess

There has been some debate about whether the Opposition should accept the Government’s invitation to nominate a member on its waste management committee. The arguments for an invitation to the Opposition are quite straightforward and at face value should not be controversial. Waste management is a creeping national crisis that piles up on our waist like an ignored weight problem. 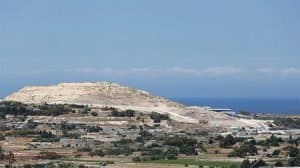 When we fresh joined the EU we underwent a tough diet, to stretch the metaphor, but like all national issues that require the acceptance of collective inconvenience, Labour has ignored the issue for the 5 years it has been in power and now it looks like we are going to be swimming in our own rubbish again soon enough. We all remember the unbearable stench of Magħtab when we piled all our rubbish untreated right under our noses. Seems like we’re going to be back to square one.

Labour realises now – at last – that waste management is not something anyone can ignore for any length of time. It requires constant attention and continuity even as governments change. Without knowing quite how to say it aloud, it needs to argue that its own mistakes should not be repeated. It wants to commit the opposition to a political consensus on painful long-term measures to manage the problem that for as long as we live, will never be entirely solved.

It also wants to share the political bill with the opposition. Proper waste management will require painful measures such as restrictions on disposal and punitive taxation on businesses and people who continue to generate waste without an effort to reduce, reuse and recycle to use an old cliché.

Knowing the duality of politics in Malta it does not want to play into the opposition’s hands and introduce taxes and punitive measures it would suffer politically from while the opposition benefits.

That too is why the government wants the opposition to have a seat on the committee deciding what needs to be done with our waste. Any criticism from the opposition about unpopular measures and they can say ‘look, even the PN appointee on the waste management committee agreed we should take these measures’.

Labour knows every trick in the handbook of a sneaky, opportunistic, short-sighted, populist opposition because it wrote that book.

But there is a converse version of this story. In the mid-1990s in a long list of measures that PN government introduced to improve transparency in public administration, they had included a law that gives the Opposition the right to nominate a board director on major public sector investments and interests – Enemalta say, or Air Malta.

The Opposition of the time was led by Alfred Sant and he refused to exercise this right granted him by the law. His reasoning cannot have been very different from what I suggested here with respect to the waste management committee in our time. As opposition leader Alfred Sant would have wanted a free hand in attacking government decisions and the last thing he needed was the government being able to retort back that any of Sant’s appointees had participated in the decision he wanted to criticise.

When the tables turned in 1996, the new PN opposition did not reason that way. Alfred Sant ignored the law and refused to invite the opposition to nominate a director on state industries and entities. The PN protested but it did not win much sympathy at the time. I recall The Times had taken the line that since it is the government’s job to govern and the opposition’s to oppose, the opposition should not be participating in the governing but rather scrutinise it freely from a distance. 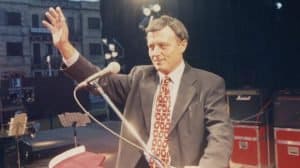 Sure enough Alfred Sant quickly abolished that law and that, as they say, was that.

There are some specific exceptions to this. The opposition has a right to appoint a member of the Planning Authority board for example. And the Leader of the Opposition sits on the national security committee.

The balance to be struck is between transparency on the one hand and accountability on the other. Though symbiotic, the concepts are not identical.

Perhaps the real problem here is that we continue to see everything in a dual game where someone is either government or opposition. This should be an opportunity to improve the role of parliamentarians that should go beyond acting rubber stamps for the government or rubber-stamps-in-waiting.

We seem to be stuck in this rut.

Take for example the legislation recently announced by the government to introduce parliamentary scrutiny of lead appointees to foreign representative offices or major public institutions. You would think it is a step in the right direction. But a closer look at the law shows up the idea as yet another attempt for the government to assimilate institutions within it to eliminate resistance to bad governance. The proposal is timid and if anyone could give the benefit of good intention is at best a half-baked effort. This is far from the significant devolution of power from the Minister’s hands to parliamentarians that the government is touting it as.

Why are Parliamentarians restricted in their questions to nominees narrowly to matters of competence and adaptability – as if this was a recruitment selection board – and not on matters of political suitability of candidates? Parliamentarians are not HR managers; they’re politicians and the appointments being made are by definition political appointments and should be reviewed on political grounds. The draft law implicitly rules this out.

Why is the first round of assessment conducted in writing and public hearings only held by exception?

Why does the opposition minority not have discretion on whether to force a hearing when it is not satisfied with written responses? After all written responses could be written for the nominee by someone else and prove absolutely nothing of their skills and suitability. Since the government has a majority on this committee and since only a majority of the committee can decide whether a nominee is publicly heard, the whole process is reduced to a formality. A smokescreen even.

Why is the process conducted through the Minister rather than through the officials of Parliament who report directly to the committee members and therefore not controlled by the Minister seeking approval for his nominee?

Why is the agenda of the hearing, if held, limited to clarifying written replies? Why are Parliamentarians not given a free hand to properly assess nominees without having their questions effectively pre-determined by the Minister?

Why are civil servants exempted from Parliamentary scrutiny? Is it unheard of for civil servants to receive appointments as political favours rather than because of proven competence and suitability? 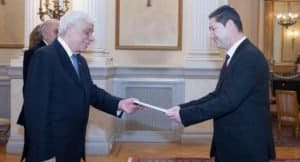 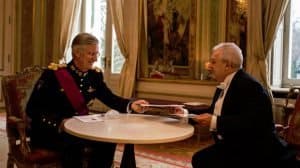 In simple terms if this is going to be a process of scrutiny which would see Joe Cuschieri or Ray Azzopardi appointed ambassadors anyway it is a sick joke, like pretty much every other so-called democratising reform introduced by the government. The only difference would be that the government would be able to say the opposition participated in their appointment.

There is even further evidence of how poor this government proposal is. The scrutiny of appointees to state-owned agencies is restricted to the scrutiny of the suitability of the Chairman. Typically the Chairman is a non-executive part-timer.

The real power is held by the CEO who is often imposed on the Board by the Minister directly. 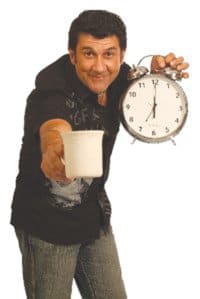 Take for example the current debacle at PBS Ltd where the Board of Directors is refusing to work with the CEO John Bundy but clearly is powerless to fire him without the Minister’s say so.

The new law proposed by the government would have given Parliament the opportunity to review the appointment of the Chairman of PBS but not of the person who is really wielding power in the organisation as a direct extension of the Minister’s influence: the CEO.

When you introduce reforms purely for show and not for the real and sincere effect of increasing transparency, the measures you introduce legitimise and cover up rather than reveal and reduce bad administration.

In the same way that the government wants to assimilate a powerless opposition MP to justify the draconian measures it is forced to introduce in the waste management sector to compensate for years of inaction, the government is introducing a sham of a scrutiny process in order to sanitise eventual cronyism and maladministration by reminding everyone that after all the opposition participated in the selection of the persons involved.

They should also be able to scrutinise the real decision makers – not just non-executive appointees, especially where these do not have hire and fire power over senior officials whose behaviour they are in theory accountable for.

If the process is truly public and transparent it could be applied to other significant appointments of national importance: permanent secretaries, the attorney general, judges, and the heads of our disciplinary forces. Ministers should nominate these appointees but Parliament should be able to openly and freely scrutinise them before they are appointed.