No one suggests it was not tough for Deborah Schembri to get back on her feet when she was not returned to government at the June elections. The fact of the matter is our country drops its public servants like hot metal. In a democracy no politician can expect job security. The people hire and fire their politicians at their free discretion. But in a humane society where we try to cushion dramatic shifts in people’s lives as a matter of course we treat our dismissed politicians with inordinate disdain. 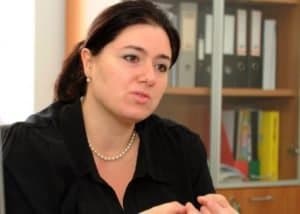 Before she joined government just a few years back Deborah Schembri had a private legal practice going. To focus on her lower-paid, more demanding government job full-time, she passed her files to someone else. It had taken her years to build her client base. And it took her days to pass it on to someone else.

Before she knew it she was fired, not by her Prime Minister, but by voters who, as is their right, chose someone else instead.

Nothing can be done about it. She had to start again.

In the midst of that hardship experienced by every politician (and their staff) summarily thrown out of their temporary political office, she gave in to the temptation of easy pickings. Her main job while in office was setting up a new Lands Authority. She knew the law because she basically wrote it. She knew the people who ran it because she signed off on their appointments. There could be no doubt that as a lawyer with rather above average knowledge of the relevant legislation she was perfectly qualified to get the job.

So she was signed up as legal advisor to the public authority she had just set up.

There is no universe where what she did is acceptable. Understandable perhaps, but not acceptable.
This is not just about the fact that it looks like her appointees to the new authority returned the favour and gave the person who first employed them a job in return. That’s ugly enough as it is.
What really is a stake here is the confidence that the power entrusted to our politicians is not used during their term of office to feather their nests in any way. Corruption does not just refer to reward given to a person in office during their term. It also includes the silent promise that politicians have their back watched and eventually, when the straitjacket of public office is relaxed, their reward will come.

A public authority is indeed purposely designed to function at a distinct and autonomous distance from the Ministers that appoint it. That at least has been the original intention when PN administrations started setting up independent regulators in the 1990s. This government has twisted that intention and has been developing authorities as departments under their direct control without even the inconveniences of civil service rules slowing them down.

This Deborah Schembri episode, when she was seen in court carrying the brief for the authority she had just set up, is another attack on the confidence the people have a right enjoy in public institutions. The people are right to perceive that authorities are not there to serve their interests but the personal interests of the politicians who appoint them.

This episode is a specifically indigenous version of a problem long perceived elsewhere and in most places addressed by proper rules. Former Ministers in democracies are forbidden from working in the sectors they regulated or administered when in office for at least a number of years. 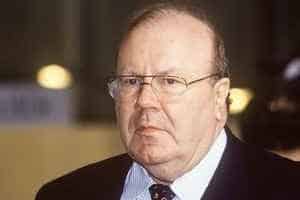 There’s the classic case of Martin Bangemann. He was EU Commissioner for Telecommunications during the Santer Commission. After the collective resignation of the Santer Commission in March 1999 due to a fraud-scandal, he was appointed to the Board of Directors of the Spanish telecommunication company Telefonica just weeks later. That was a company he was partly responsible for regulating when still in office. The EU filed a lawsuit in 1999 because of possible conflicts of interests. The lawsuit was later dropped after Bangemann agreed to not start working for Telefonica before 2001.

It all boils down to a sense of propriety, of doing things the right way. If all politicians spent their time in office to line up jobs themselves for when the inevitable happens – as indeed we must suspect they’re doing – how can we ever trust them to act in our interest rather than their own?

The solution to newly unemployed politicians lies in a balance between strict rules preventing even the suspicion of conflict of interest and a proper soft landing to help them transition back into their ordinary lives without having to compromise with the ethical limits we are entitled to expect of them.

Zeroing in on Deborah Schembri comes out of the fact the case is so blatant and even to an extent unusual here. But there are other aspects of our political reality that are similarly conflicted and a product of poor rules governing politicians and poor pay compensating them. 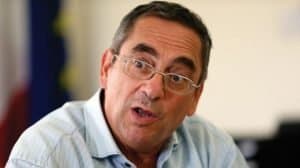 Our parliamentarians run hotels in the morning and debate the tourism industry in parliament at night; they define citizenship rules with one hand and retail passports to anonymous clients with the other. In the midst of the Bangemann crisis in the EU, the Maltese telecommunications Minister of the time Joe Mizzi, fired from office in 1998, was employed by a company he had just licensed to operate when he was in office.

Instead we get Deborah Schembri defending her client, the public authority she set up, against us in court.