Matthew Mizzi sent in this detailed response to my earlier post ‘Staying put’, where I expressed disagreement with people leaving the PN because of concerns about direction the new leadership is taking. I argued that without glossing over those concerns, which I share, critics of the new leadership should not forfeit their right as party members to influence the direction the party should take.

Matthew Mizzi disagrees and on Lovin Malta he wrote a detailed article explaining his views. Though I find some of his premises inaccurate, the analysis is a very interesting alternative perspective.

In the below piece he has zeroed in on his reasons for arguing that “giving time to time is a waste of time”: that consideration should be given to the viability of a new party. The tone of his piece will be familiar to those who followed Emmanuel Macron’s presidential campaign.

Naturally, Matthew Mizzi’s views are his own and not necessarily mine. In some respects they clearly are not. But it is a privilege to host on my website this important discussion and no discussion is interesting if it’s just my point of view. Naturally disagreement is welcome. Do please write in your views. 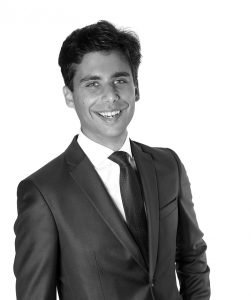 Manuel Delia’s article appears to reflect the consensus among a consistent group of PN members who were originally opposed to or otherwise questioned Adrian Delia’s leadership to varying degrees. I call this group the objectors in my article on LovinMalta.

I have stated my position clearly already and repeat it here: I firmly object to Adrian Delia ever becoming Prime Minister. His “Latin” vision contradicts the vision of an open society that I subscribe to.

There seems to be a common agenda among many; a desire for higher standards and change.

Many seem to agree that the current political offerings are underwhelming.

Yet, the conclusion seems to be that it would be better to carry on working in the existing party structure, hoping that one day something positive will happen that will fundamentally transform Maltese politics.

I am afraid this is not going to happen.

PN is heading to the political graveyard

We are told that PN is a 140 year old political party. Yes, with a male-dominated membership having an average age of 60.

The last time an average PN member fought any significant political battle was in the run up to the 2003 referendum on Europe. He would have been 46 back then.

Having secured Malta’s seat at the European table, PN failed to renew. It failed to recruit and retain new members and failed to successfully foster a new generation of leaders.

The extent of failure was made clearly visible on Tuesday when Adrian Delia met Joseph Muscat at the Labour Party’s headquarters. Accompanying him were Clyde Puli and David Agius.

If Clyde Puli and David Agius are the best prospects that the PN academy can produce and the party leader can trust, then we can rest assured that the best the party can ever hope for is the political equivalent of 44th division football.

It appears that Simon Busuttil, for all his faults, seemed to be acutely aware of the need to renew PN and infuse it with vision. He did so by trying to convert the party into an anti-corruption and pro-rule of law platform. The focus was narrow but at least it was a start.

The strategy already started bearing fruit: Under Simon Busuttil’s leadership, PN (in coalition with PD) managed to increase its number of first preference votes in absolute terms for the first time since 2003.

If anything, that drive needed to be accelerated, not aborted.

Yet, the venerable 60 year olds have put Adrian Delia in the driving seat of the party. His agenda: take the party back to basics.

This means nothing less than a dismantling of the party’s seminal vision, as was shown very clearly in the first 10 days of Delia’s leadership. I list these chronologically.

First, Adrian Delia took decidedly conservative positions against any form of reform or civil liberties. In an interview with LovinMalta, Delia questioned the need for a law on gay marriage. He promised a free vote on civil liberties, though offered no explanation of how social liberals within the party can safely express their views.

Second, Adrian Delia set out a vision for a party of “Catholics” and “Latins” during the Independence mass meeting. For Adrian Delia, going back to basics means going back in time.

Third, Adrian Delia, by his own admission, failed to bring up the subject of corruption and good governance during his meeting with the Prime Minister, undermining the very foundations of pro-good governance platform that was built over the past years.

The writing is on the wall. Anyone hoping that the PN will somehow radically transform itself into some positive and visionary force is really setting themselves up for disappointment.

Worryingly, with the PN in its current state, no thinking voter would ever trust PN with the responsibility of government.

This means that Malta is a one party state, with an opposition that exists only in name.

If we truly care about democracy, then our time should be spent building a new alternative vision for the country and a new credible alternative government that is ready to deliver on that vision – not wasted propping up a party on life support.

Giving time to time can be a waste of time

Some say that Adrian Delia deserves a chance to have a shot at putting a team together that will renew the party and its proposition.

On its face, this is a very fair argument. Adrian Delia, like any other political leader, should in principle be assessed on his own merits. However the assessment needs to be made in the context of the signals sent so far and against a clear standard.

The standard is the constitutional system that Adrian Delia would lead as Prime Minister.

Malta’s constitutional system is based on the UK’s Westminster model, which relies to a large extent on unwritten convention for its functioning – whether legal or political. One of these conventions was expressed by Economist founder Walter Bagehot, which has been paraphrased by the column bearing the same name as follows: The constitution rests on a distinction between an “efficient” branch which governs behind the scenes, and a “dignified” branch which puts on a show for the people.

This means that behind the showmanship, a political leader needs to be a bridge-builder, ready to pull the various levers of power to achieve the desired goal.

The party system is meant to function as a training ground for individuals to develop such skills.

The political career of Adrian Delia to date can be compared to the experience of a having a bull running wild in a china shop, not that of a natural bridge-builder. He has picked fights against enemies – real or perceived – on his course to victory.

Adrian Delia’s track-record in bringing about desired results is already very poor. For example, he has failed to obtain a seat in Parliament efficiently and quietly.

His performance on basic principles of good governance, which he professes to uphold is below-par too. He is being very slow to act decisively on reports in the media of irregularities in the lead-up to the primaries.

Million dollar question: Are you ready to support Adrian Delia as PM?

Here’s the thing: Bar some successful rebellion after the MEP elections (which is entirely possible, if improbable), Adrian Delia will be the alternative Prime Minister in 2022. The voters will be asked to choose between Adrian Delia and a Labour candidate who will unlikely be Joseph Muscat.

Do you really want Adrian Delia as Malta’s prime minister in 2022?

My question applies to everyone: sitting MPs, prospective candidates, volunteers and voters. Everyone will need to answer this question honestly.

If you run on PN’s ticket next election or vote PN at the next election, then it means you endorse PN’s vision and support Adrian Delia as Malta’s next prime minister. You can’t think or believe one thing and do another. That’s simply inconsistent.

If you do not want Adrian Delia as PM, do not believe in his ‘vision’, do not like his antics, are uncomfortable in Labour yet still want to be active in politics, then there is only one answer: build something new.

Times are changing, there is no use propping up the Titanic

The world is changing. Europe is changing. This will require a Maltese response: A positive vision that looks into the future, not backwards holding on to symbols of the past.

French president Emmanuel Macron delivered a landmark speech on Tuesday where he called for a more integrated Europe. There has been no reaction from Castille so far to a speech that will define the next few years of European politics.

Malta is getting ready for a constitutional convention. We need fundamental reforms to the constitution that strengthen the checks and balances within the system.

Challenges lie ahead for the Maltese economy. We need to face these challenges and create new opportunity.

The environmental crisis afflicting Malta needs to be addressed, if we want to leave anything to future generations.

The possibility to focus on changing the PN for the foreseeable future ended on 17 September. We need to direct our energies on making a real impact; delivering change for Malta.