When you’re 38,000 votes behind the opposition you cannot afford to be complacent about the votes you lose. I think the entire PN is aware of that simple fact and everyone who wants the best for the PN hurts when they hear of this one or that one leaving.

In 2013, Simon Busuttil wanted to break with the past. He did not want to carry the burden of disgruntlement about the Lawrence Gonzi administration. And he did not want to be perceived as the re-incarnation of his predecessor. To do this the baby was thrown away with the bath water and Nationalists felt they had to apologise for the years in government rather than show them off with pride.

Mobilisation of core support works poorly on the weak rails of embarrassment. Pride fuels a strong bond of belonging. Adrian Delia won the leadership campaign because he got many things right. One of those things was coaxing core supporters to come out of their shell and scream from the top of their lungs “Nazzjonalisti!”

Though with some effort one can see the sense in Simon Busuttil’s strategy of detachment from the past, with less effort one must take into account the unwanted side effects of that approach. A generational wedge was shoved between the veterans who had been around before 2013 and Simon Busuttil’s recruits. That brought about lack of cohesion and a weakness in delivery. The information flows within the party thinned out and the party’s ability to perceive the shifts in loyalties in some of its supporters became distorted and ineffective.

To blame this solely on Simon Busuttil is simplistic. But he himself assumed responsibility for the electoral losses and one would think even his analysis factors in his mistakes.

Adrian Delia’s discourse seeks to confront those mistakes and to replace them with a rallying to the flag which is almost jingoistic in its tone. A ‘new way’ has been articulated that is really a bridge to a past when the PN showed a common front, of strength in being right, of heading to inevitable victory.

That was a past before veterans complained because the leadership sent them packing. A past before rebels caused problems from the backbench. A past before PN MPs switched sides to the Labour Party. A past before the treachery and the embarrassment, the awkwardness and the betrayals of the Pullicino Orlandos, the Debonos, the Muglietts and others. 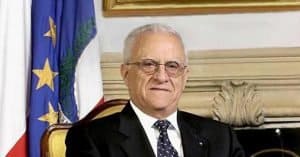 That was a past when the strength, the power and the influence of the man at the centre – Eddie Fenech Adami – was such that no one would consider flirting with rebellion or disunity.

That revival of that past is promised in the strong personality of another Birkirkara lawyer whose ability to speak directly to the hearts and minds of people will organize the order of things into the people who belong – Nazzjonalisti – and those who do not – l-oħrajn.

This comes from a misconception of Eddie Fenech Adami’s authority. It was earned over decades, with poise, wisdom and a strategic mind that was 20 steps ahead of everyone else. People speak of those around him who helped him in his great task: Peter Serracino Inglott, Austin Gatt, Louis Galea, Richard Cachia Caruana and others. All brilliant, brilliant people.

But people tend to run with the imagined falsehood that these people were the real brains of that act and Eddie Fenech Adami was the hollow mouthpiece. Nothing could be further from the truth. Eddie Fenech Adami was the smartest of the lot. He was the boss because he combined the intellectual depth to grasp these concepts, the strategic mind to plot their rollout, and the political skill to successfully present them to the public.

Although he could with time lean on his own record of success and his reputation of outfoxing his enemies, let along his friends, he was not immune to resistance, disagreement, even open criticism as when he lost the 1996 elections. The respect he enjoyed was earned every day and he had to work hard for it every day.

Sure, like the expert prestidigitator he made it look easy. But easy it never is.

It was not only about his political skills though. Whenever he was on the defensive, as any political leader must be sometimes, it was never because of any shadow on his integrity. He was industrious, diligent and fastidious about process and correctness almost to a fault. It’s fashionable these days to think being politically correct is dishonest and deceitful. He considered politeness and self-discipline, correctness and even detachment not simply attractive characteristics of a statesman but simply the right thing to do.

These exemplary characteristics, particularly at times of adversity, when he was targeted, criticised, vilified and attacked radiated the awe with which he gripped anyone around him. He tempered anger with patience and frustration with perseverance. The ultimate force of his authority could be perceived in the fact that he never needed to appeal to it. 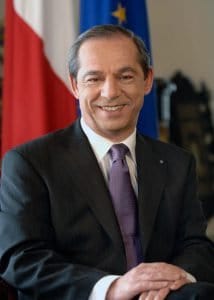 His successor now was as patient as a saint and as perseverant as an Olympian. But that was not enough for Lawrence Gonzi to rein in the sharks who smelt blood when the government was returned in 2008 with a narrow majority and the opposition elected Joseph Muscat who was ready and willing to conspire with them. Lawrence Gonzi also extended the unimpeachable moral and ethical record of his predecessor as well as his intellectual and strategic depth. That too was not enough.

Because circumstances, and the fateful time in history that a leader comes to us in, govern history no matter how strong the personalities that live within it. There are realities that pure force of character cannot overcome without moral compromise.

The office of leader of the PN is a legacy inherited from generations of leaders that commands respect and awe. But the effort to sustain that legacy and carry it forward must be relentless. The moment feet are lifted on the desk in complacency and compromise the legacy is forfeited and eventually spoilt. The moment its limpid record is blemished the legacy is corrupted and eventually renounced.

The office of leader of the PN is a rallying point but only if its occupant lives up to the eminence it carries as a burden not as a prize. I have been heckled for resorting to ecclesiastical analogies and here is another one. You will have dozens, even hundreds of priests caught doing the wrong thing and their individual failures are attributed to inevitable human frailty. But the day a pope is caught with his cassock lifted around his waist will be the end of the organised religion.

(Loosely translated: “The people’s representatives will reach their destination, invested with the highest confidence and unlimited power. They will show great character. They must consider that great responsibility follows inseparably from great power. To their energy, to their courage, and above all to their prudence, they shall owe their success and their glory.”)

Of all things that powerful thinking was carried into popular culture by Spider-Man (I kid you not) in the famous tagline: ‘with great power comes great responsibility’.

The ‘great power’ the office Adrian Delia occupies will not sustain itself on its own and will not automatically be his to wield. But even as he grows into the role he must remember that he is in duty to care for it, preserve it and enhance it for the betterment of country and party. 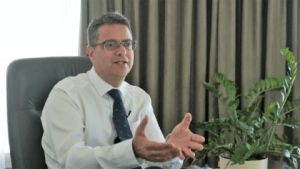 Right now as he still breaks in the high-backed swivel chair he inherited from Simon Busuttil, Adrian Delia needs to be asking himself the reasons for the departure of people since he took over. If he’s comforted by the new signed-up tesserati he must remember each of those is very likely to have voted PN in the last election anyway. Sure, their greater commitment is welcome but it does not bring the PN an inch closer to victory.

But the unknown number of tesseri sent to headquarters with a thanks but no thanks in this time are a step further away.

Filling the chair of Eddie Fenech Adami, speaking in his voice, recruiting capable advisors and strategists: none of that will be enough. It will be for Adrian Delia to examine and understand what he must do to put his detractors’ minds at rest.

It is his grave and great responsibility.