When the police removed the banner “Mafia State” unfurled on City Gate an hour before the protest march starting from there yesterday, they enacted in a highly significant and symbolic gesture the extent of the suppression of free speech we have reached.

The police broke the fundamental precepts of our laws. They over-stepped their authority and trampled the basic and fundamental freedom to express an opinion, even if it might offend someone, particularly the government. 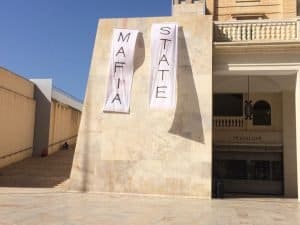 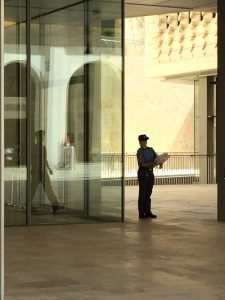 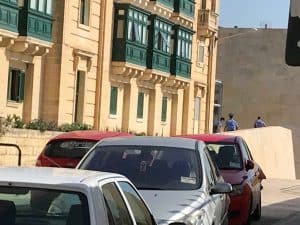 I have a mental picture of the last time I saw this. It was the 10th anniversary of the Tiananmen Massacre and a handful of protesters unfurled a banner demanding justice for imprisoned dissidents. Within minutes the police took the banners away from them as cameras watched.

It was the action of an authoritarian regime unembarrassed by the publicity of its acts of oppression.

In China audiences expect no different. The shock in the rest of the world is a product of the expectation that freedom of expression is respected and protected.

When the Malta police moved to remove a protest banner they too acted in full expectation that their action would be supported. “Mafia State” would be photographed by the worldwide press and as such it is actually patriotic to remove the banner. There. In that logic lies fascism.

But democracy was not lost yesterday. In the action of the protesters who defied the police and rolled out the banner all over again when the police were looking the other way. There. In that logic lies democracy.

We may be given an official story that this was the action of overzealous rogue policemen and has nothing to do with the will of the state. If that official story is credible it must come with the resignation of the police commissioner and the home minister. But they have far worse to resign over and they are still there all smug and self-satisfied with the nicely wrapped up plan they’re cooking up.

Previous:Oh the pettiness. The mediocrity.
Next:Wipe that smirk off your face!