This guest post is by Charles Schembri who dedicates this piece “to Iris Rohmann and her like”.

A faithful representation of the islands’ fatigue in understanding its current socio-economic and political script, where the relevance of ethics and morals wherever you look have become blared by events, is the Theatre of Happenings. 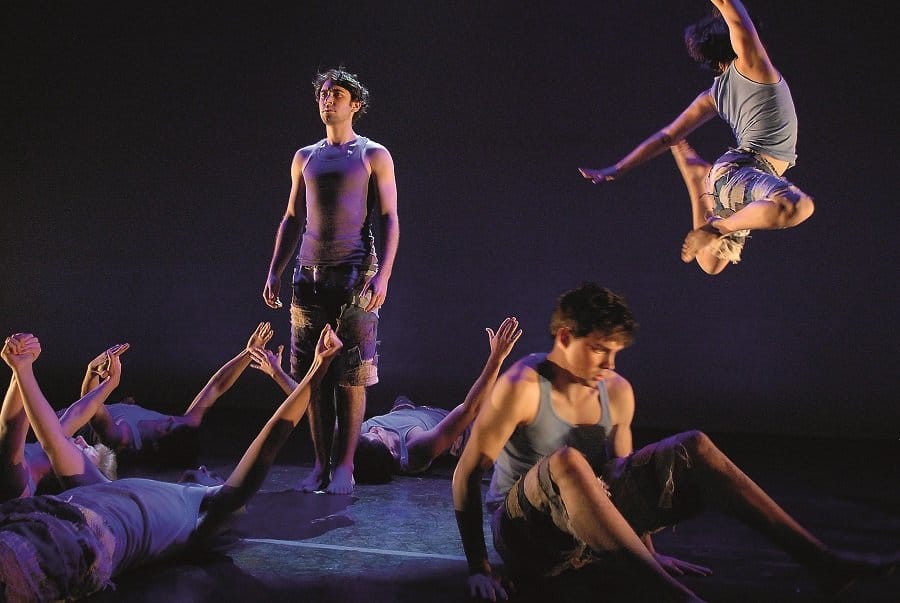 This theatre is populated by inter-media performances involving uncoordinated groups of participants; human beings endowed with reason who explore ways of performing that are not restricted by traditional writing, producing or performing techniques. It is a playground in which performers find their own voices and create portmanteau pieces.

One would be tempted to conclude that such medium of expressing deep emotions and detached declarations of truth (or untruth) through the diverse media employed could feed and nourish our understanding of human psychology, sociology, aesthetics and politics. Throughout the performance participating audiences and actors experience discernment, thematic concerns, joy, anger and above all a sense of restlessness and alienation.

“The situation is desperate” were the journalist’s last words. But the situation in Malta today is not just desperate due to the assassination of the journalist, the multi-disciplinary crooks around us, the allegations of corruption, the evidence of incestuous institutions and the burlesque of politics.

The killing of the journalist was just a happening that on a canvas is represented by a brusque patch of clear colour pronouncedly splashed in an otherwise subtle abstract proliferation of brush strokes as conceived in a Carbonaro landscape. The present paradigm of this alienation lies in the subtle and yet pregnant peripheral brush strokes personifying both the civil and political societies.

The theatre of happenings is possibly the profile of Maltese society today. Society still has the will to live according to social standards advancing one’s beliefs and objectives; the will to have faith in its empowerment; the will to trust both the civil society and political stakeholders. And yet it recognises that in exploiting a possible fertile landscape the paths are encumbered with profuse bottlenecks.

Long years ago Jose` Donoso wrote a magnificent novel on his Chile: “La Disperanza”. It describes the existential and moral condition of someone who has already crossed the borders of disenchantment but has not yet reached those of despair. Our Malta, like other societies in EU, is similar to what Donoso described in 1987: “All that one can do is the small, inglorious effort to survive, awaiting a change” that never comes.

The point here is not to discuss politics. The debate could become subjective, contagious, divisive and unproductive for the renaissance of rights and aspirations of our society.

It is unfortunate to remark that the media, the academics and society stakeholders when discussing our society’s behaviour rarely delve deeply when identifying the roots of such behaviour. Apparently we have become a society that avoids searching for what Martin Heidegger refers to as the truth (or un-truth) in relation to the concept of the “being”.

Our citizens, faced with a political situation that justifies coercion by material wealth as fabricated by a party in government that stands on high ground and an opposition party that is still coming to terms with itself, is left with no other alternative but to sheepishly opt for the status quo even if aware of its presumed shadowy background.

Irrespective of the massive June electoral support for this government, speaking to people in the streets, at places of work and amongst friends one clearly detects a deep sense of detachment between civil at large and the political society. And yet this massive silent crowd withdraws from the scene, practise what I refer to as the sound of silence even if numerous are those who do not shy off from investing in the bank of favours.

It is not surreal or absurd. This is classical neo-realism of a society that longs to be led but is being hijacked by the evident absence of political thought. As much as the party in government’s political agenda is not simply populist and its neo-liberalism only focuses on the autocratic chapter, the opposition party’s profile is nowhere near its Christian Democratic tenets that encourage factions within the party to shed off pride and put an end to the arrogance of power.

This is not a mafia state; this is not a corrupt society; this is not a nation that has lost faith. We are all experiencing a situation that left us orphans of our country’s high esteem for its cultural, intellectual and no-nonsense heritage.
Overcoming this sense of alienation is a long and patient process. It is not siege equipment that is required; but professional sappers who can dig deeply with conviction and fortitude among the various societal cells. One cannot but notice that the palisades of government are not as secure as when originally built.

It does not suffice to just fight government or the party in government. The effort need be directed towards the multifarious societal cells, individuals across all strata of society, and corporate and intellectual institutions who together could act as an alternative opposition not just to fight an enemy but to help all towards the need to revert towards the path of righteousness.

In a polis it is the people who are tasked to develop political thought and not just the politicians. And whilst embarking on this transitory path we need to recall our duty to research the truth even if this may hurt people who err in good faith.

Exploiting the media in its various forms is not going to suffice even if it is ultimately most relevant. The media need to assist the mission of identified loosely connected players who need address the audience constituted by this vast silent crowd.

For those of a certain age this is like going back to the 1980s. The change in government then took place not just on the premise of corruption, violence and nepotism but because the people recognised that there was a valid alternative.

Perhaps this is the right time to act. As the Italians would have it “Sbatti ‘l mostro in prima pagina”. And we need the support of our media colleagues in the EU as long as its narrative is developed around truth. It was indeed moving reading Ms Iris Rohmann missive who foresees light at the end of the tunnel.

It is the party in government that is currently confined to Alcatraz; certainly not Maltese society.

Previous:Mansholt death inquiry reopened
Next:If you happen to be in New York …