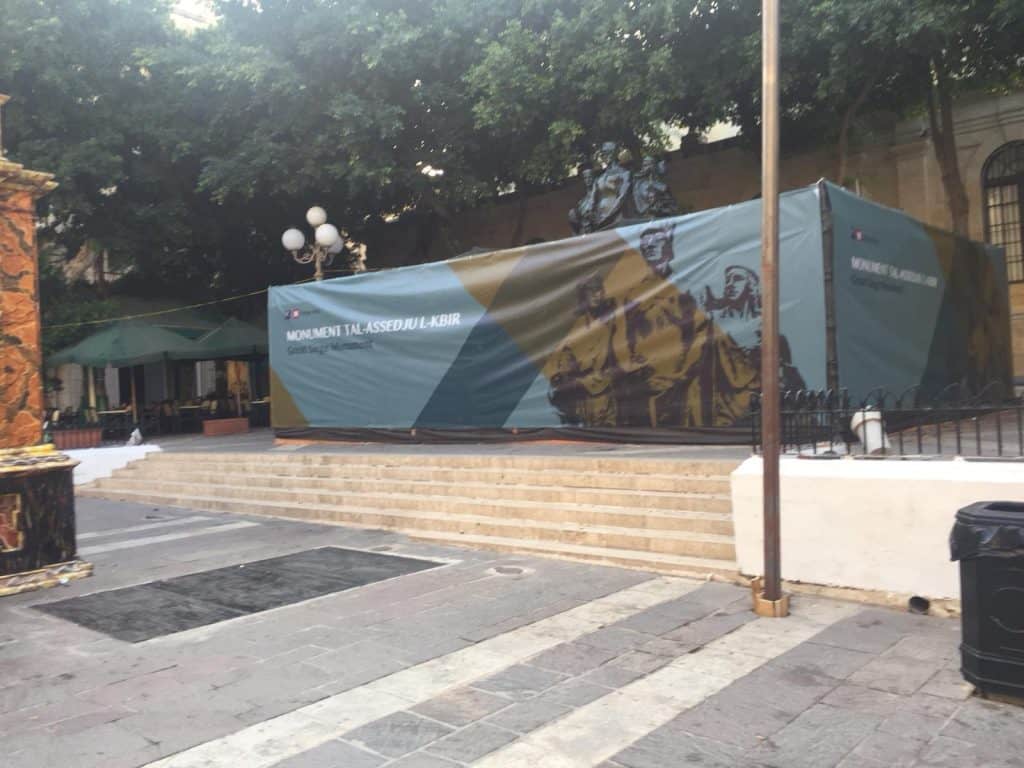 There’s the Great Siege Memorial this morning after the great national heroes of the Cleansing Department in the dead of night heroically won the struggle against the persistent stains of flower petals and faint flickering candles. The Memorial is now nicely and neatly boarded up with a pretty wrap around. No works in progress in sight but September in the year Valletta is the Capital of Culture is a good time to wrap up memorials in expectation of restoration.

Think of the muscle of our awesome government that has wiped away the pesky protest demanding justice and the end of impunity after a journalist was killed. Daphne Caruana Galizia. Who?

Is your government not perfect in its authority and power? Is it not a fulfilment of everybody’s aspiration to have a government that faces down all dissent to the point of making it vanish?

Now justice is well and truly served. Order has returned where the chaos of claims of liberty contaminated the view of the great leader’s supporters.

Now the world can go back thinking that in Malta nobody cares when a journalist is killed.

And since nobody cares about the one killed a year ago, it may be time to safely get rid of the next one.