This morning, government employees wrapped the hoarding around the Great Siege memorial but they only covered the three unused sides facing the back and side of the memorial. The front facing the law courts has been left untouched sporting the protest banner demanding justice. The Maltese flag, the image of Daphne Caruana Galizia and messages of protest, as well as flowers and candles left at yesterday’s vigil have been left untouched.

An uncharacteristic development, given that up to the night before Owen Bonnici’s Ministry dispatched its employees to dismantle the protest banner at 4 am. That attempt was thwarted by the presence of activists who stood guard at the protest site overnight. 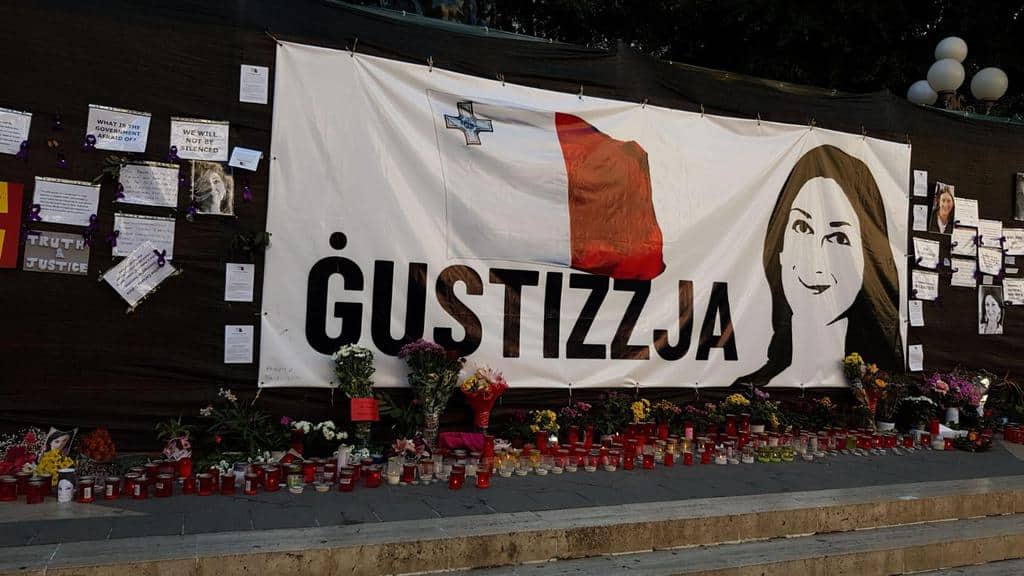 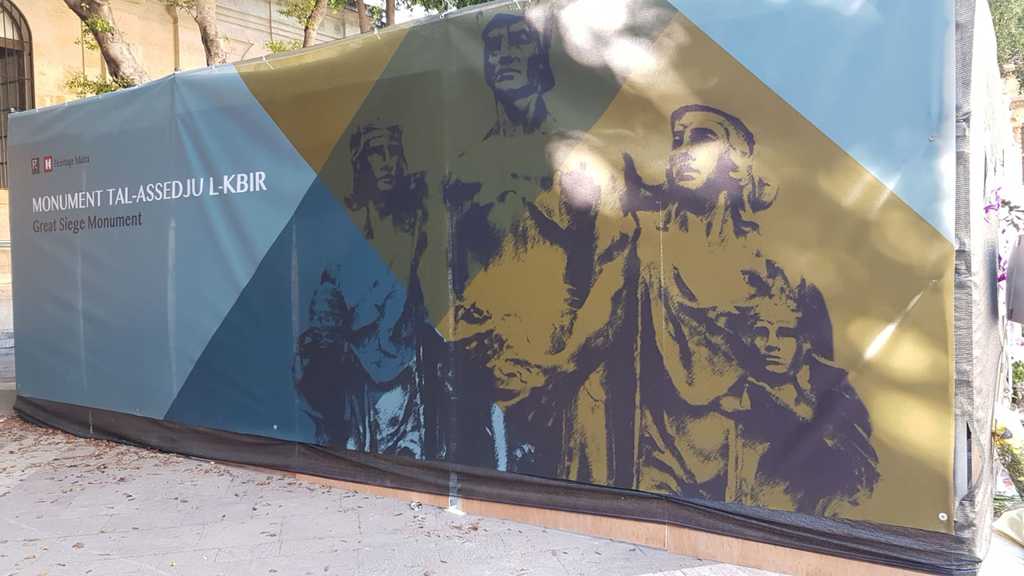 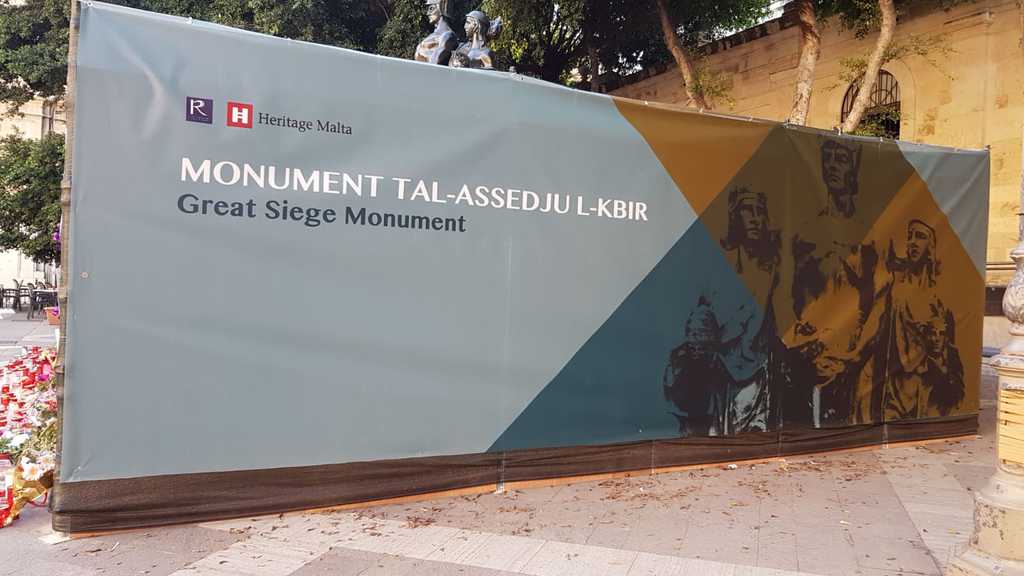