Guest post by Anna Briffa in the form of a letter to Edward Scicluna. 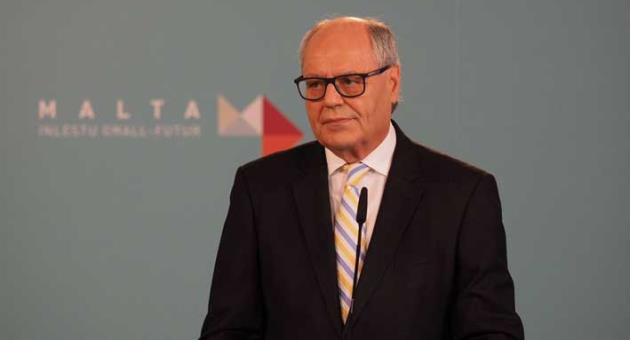 I’m so glad I don’t even have to feign gratitude for the the measly €45 to €60 cheque that you so condescendingly distributed among workers. I didn’t get one.

Not because I am a pensioner. I am still working, even if just part-time, and the income from my work is therefore low. No, the reason I didn’t get one is that you chose to discriminate between employed workers, including those on a government payroll of €100K+ I presume, and the self-employed.

What was the purpose of this handout? If you really wished to ease the life of many who are living way below the breadline, you needed to hand out a lot more than €60 or €300 over five years. The value of the total payment will be decimated as the years roll out higher and higher inflation.

Was this exercise supposed to win kudos with the electorate? I suppose it will with some, and certainly all labour supporters who would show the same fealty if you had docked their pay by €60 instead. So let’s call it what it is, an ill-conceived public relations exercise. You could probably have dished out more if you had saved on the crested expensive  letterhead paper that accompanied each cheque. Did you expect people to frame these accompanying letters? Just more to recycle.

But I digress, what really irked me and others most is that you had the gall to discriminate between the employed and the self-employed as though their work was not of equal value. Was it based on the assumption that employed workers are all on minimum wage while the self-employed are raking it in?

As I mentioned above, there are many employees nowadays with relatively high incomes both in the private and public sector, where ‘people of trust’, officially earn a higher salary than the Prime Minister.

Take a good look at those profit and loss sheets handed in with tax returns, Professor Scicluna. The self-employed have costs and risks that usually don’t trouble the employed so being self-employed can be financially rewarding too, but that’s not always so.

So what’s this then? Blatant discrimination from a ‘socialist’ Minister of Finance.

Besides, the whole idea of handing taxpayer’s money out in such a cavalier fashion, even to people who don’t need it, is absurd.

Instead those funds along with the millions spirited away by Vitals, or more millions lost through selling our real estate at bargain basement prices, and burning even more public money on bad oil deals could have been used to help boost the welfare of pensioners who are forced to live on a pittance, and an increasing army of working poor. Their income can no longer offer them adequate shelter, or buy them decent food or protect them from the debilitating anxiety about never being able to make ends meet.

This is what the delusion of prosperity has done. If this is about sharing the wealth, a few poorly distributed crumbs from the rich man’s table just don’t cut it.