Bring out the usual suspect 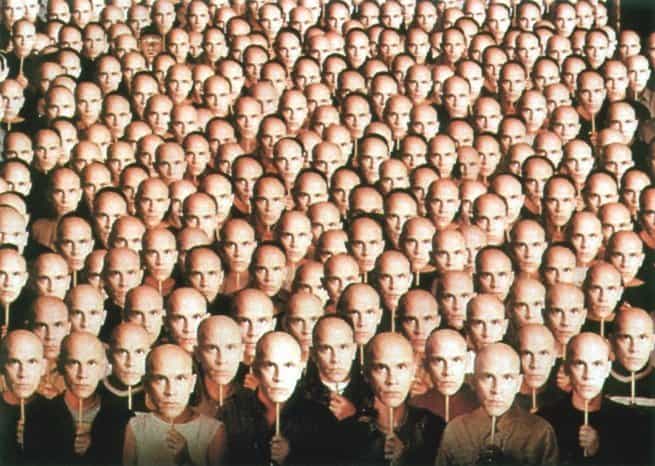 It is politicians in the twilight of their career that have to parry the sort of slings and arrows of outrageous fortune that for Adrian Delia have been a staple his entire abortive political life.

You would expect him to develop some innovative ways of fending off crises but his admiration for Joseph Muscat and that other crook’s rather more extensive team of spin masters does not allow Adrian Delia to think outside the box labelled One TV.

The PN leader, such as he is, bounces from one land mine to the next leaving limbs behind as he inexorably falls into the next disaster. And when he gets there he fancies himself another Joseph Muscat and incongruently acts out some of his lines like a ninety-year-old double amputee veteran wrestler trying to pull off the balcony scene from Romeo and Juliet, as Juliet.

That’s what back-to-the-wall Joseph Muscat had done when the Egrant scandal broke. Then a hunt for a mysterious forger started though it was never meant to end because for as long as the matter is left outstanding, people can be led to think Simon Busuttil fabricated evidence to get Joseph Muscat into trouble.

Back-to-the-wall Adrian Delia is just as desperate, just as vicious but far less smart. He asked for a Magisterial inquiry on the back of the advice of Joseph Muscat and, it would appear, he indicated Simon Busuttil’s sister’s house as a place that is supposed to contain evidence that he, Adrian Delia, has had his signature forged.

He wants you to think exactly what you may be thinking: that Simon Busuttil fabricated evidence to frame Adrian Delia for helping out a London prostitution syndicate launder their proceeds from paid-for sex 15 years ago.

If you were following One TV and their sub-contracted agents like Saviour Balzan in Malta Today in 2016 you already knew that Simon Busuttil has a sister.

That sister had an unhappy marriage with a Kris Bajada, for a long time a buddy of Adrian Delia.

Kris Bajada and Simon Busuttil never had any brotherly love for each other. They hadn’t spoken for years and Kris Bajada posted plenty of rubbish directed at Simon Busuttil on his Facebook account giving One TV some material for slow news days.

Kris Bajada and his wife separated around four years ago.

The ex-wife, Simon Busuttil’s sister, lives at a house in Mosta given to her by her father. Kris Bajada, the ex-husband, lives next door in a property that has been walled off after the separation.

Kris Bajada is also the son of Eucharist Bajada who has been living in London for some 25 years and the nephew of Emanuel Bajada. The Bajadas were embroiled in Soho prostitution and Adrian Delia held a Jersey account in his name in which, it is alleged, he received cash deposits from proceeds of crime which were then laundered out of the account.

He claimed this Saturday his signatures were forged and presumably he is claiming he suspects his former buddy and member of the family of his former pimping clients, the Bajadas.

He went to the duty Magistrate and, it would seem, he asked the Magistrate to investigate the properties Kris Bajada has access to.

This website has seen the search warrant issued by the duty Magistrate and it indicates one and only one address ostensibly for Kris Bajada. It is an address that Kris Bajada moved out of 4 years ago where his ex-wife, Simon Busuttil’s sister, lives. No other address is listed in the search warrant.

It is a leap too far to surmise whether that one person is part of the Pierre Portelli committee of advisors assisting Adrian Delia.

A copy of the search warrant is not being published here not to provide the personal address of the person concerned.

This website is informed that after the Mosta residence was raided by the police, nothing was found in the search whatsoever.

I doubt very much that when filing his complaint Adrian Delia expected anything to be found in an address he knew Kris Bajada has had no access to for four years.

But Adrian Delia is not here looking for anyone getting to the bottom of anything. All he needs is enough doubt to survive another level of evidence that politically should have long seen him out of his job and, because that works for Joseph Muscat, to spread the vile insinuation that Simon Busuttil is up to something nasty.

If you’re not horrified, it’s because you’re tired. You have been desensitised by politicians who fudge, bully and pervert the course of justice to cover up their wrong-doing and have no qualms in serving obscure interests that are best served by pinning their own blame onto people who have nothing to do with what they’ve done.

When Adrian Delia held that bank account in Jersey, Simon Busuttil was an MEP. The farthest thing from Simon Busuttil’s mind were London prostitutes and spinning the money their punters paid between Jersey, Switzerland, the Virgin Islands (isn’t that ironic?) and, presumably at some point, Malta. It was not Simon Busuttil who was anywhere near that stuff. It was Adrian Delia.

And Simon Busuttil is not now Leader of the Opposition and ostensibly an aspiring Prime Minister. Adrian Delia is.

So let’s stop blaming the bogeyman, shall we?

You would have thought that supporters of the Nationalist Party had a right to expect their party leader faced by the present situation to behave altogether differently. When news that an FIAU investigation into his past was ongoing, the question of whether he should resign while clearing his name arose. At the time he solemnly swore to his colleagues in the Parliamentary Group that no one had ever told him an investigation was ongoing and there was therefore no question of whether he should resign. His colleagues had no choice but to accept that.

Now he no longer says the FIAU investigation did not happen. It did. He confirmed it. Somehow he’s seen the evidence on which it is backed up, a fact which is explicitly prohibited by anti-money laundering legislation that very strictly rules out tipping off the investigated subject.

Now he no longer is saying that he shouldn’t need to consider resigning because after all there is no investigation. Now he is saying nothing about resigning and instead claiming the evidence the FIAU in its investigation into his past affairs used, was forged and he acts in a way that implicates Simon Busuttil in the forgery.

This too, supporters of the Nationalist Party had a right to expect would not happen.

The situation is sinking ever deeper. Although some might never admit it out loud no one out there is prepared to believe that Adrian Delia owned a bank account in Jersey he never knew about and received six figure deposits into it which he never knew about.

But even if they were prepared to give such an outrageous line of defence the benefit of wilful doubt, why would they need the spectacle of having a holder of a Constitutional Office do this during his day-time hours?

Of course the co-chairman of the Muscat-Delia Mutual Admiration Society, Joseph Muscat, is not challenging Delia. Their Sunday speeches have become quite hilarious really. They speak of each other like a geriatric gay couple on the surface sardonically joking about each other’s erectile disfunction barely suppressing their self-loathing beneath. 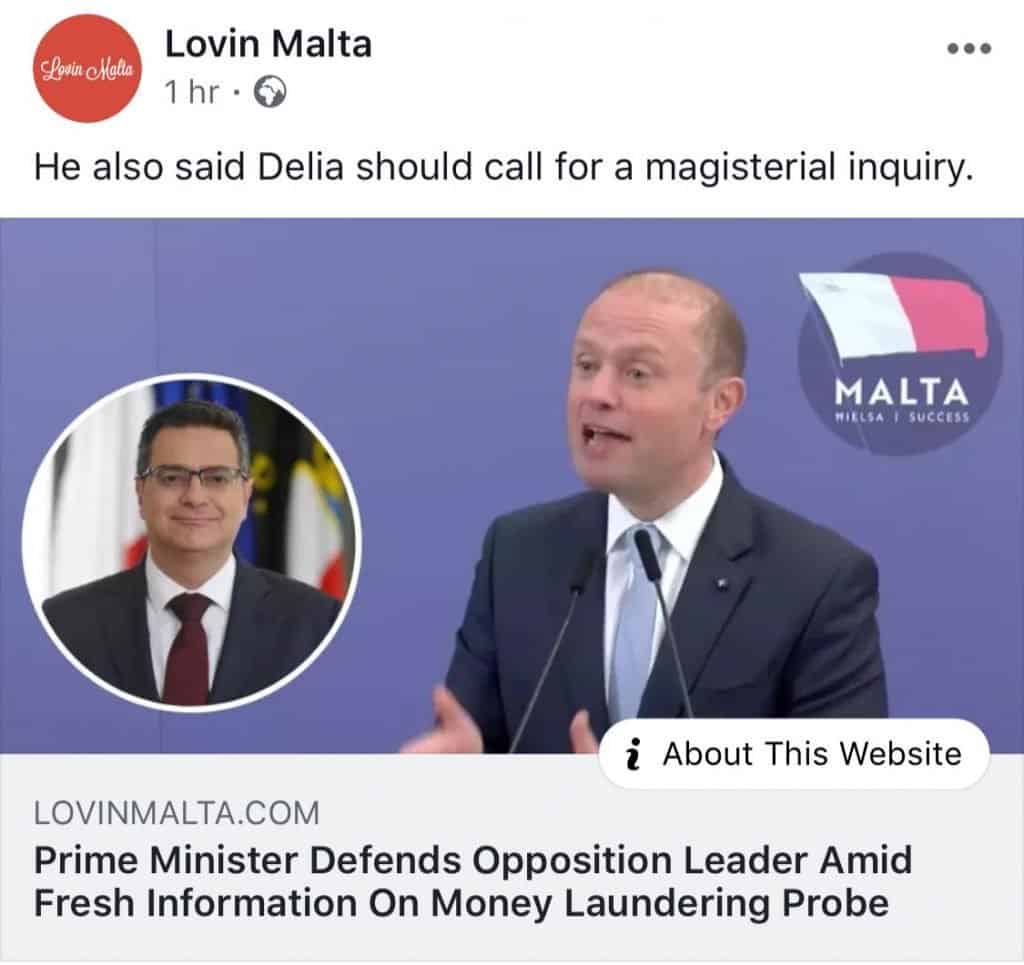 “I told you to take it to the Magistrate. See what happens when you don’t listen to me,” Joseph Muscat patronisingly told Adrian Delia yesterday. Oh please, get a room.

Adrian Delia is not being challenged by his colleagues in the PN either. The last thing they want to do is play into the old narrative that the PN is divided between two houses, one for Adrian Delia and the other for Simon Busuttil. Simon Busuttil is the enemy only in Adrian Delia’s head, and of course in the hive mentality of that committee of experts that advise him with all the Pierre Portellis in it.

So the rest of the PN Parliamentary Group suffers in silence instead, embarrassed by Adrian Delia’s antics like the drunk uncle at Christmas lunch someone forgot to disinvite.

It really is not rocket science.

Adrian Delia sent the Police Commissioner copies of the supposedly forged documents on the back of which, Adrian Delia said, “transactions were made”.

OK so here’s what Adrian Delia needs to do:

First, tell us who gave him these documents.

Third, tell us how he confirmed the transactions did occur when last we heard from him not even the bank — Barclays of Jersey — had any record of the account left and he certainly never knew of it before now.

He doesn’t need a search warrant for that. The answers are not at Simon Busuttil’s sisters’ house.

They’re in his head. Or is Pierre Portelli inside that too?

Previous:Soho blues
Next:DW: Malta in the eye of the financial tempest