No one is to blame for what happened when an Islamophobic, white-supremacist, murdering terrorist scribbled ‘Malta 1565’ on his murder weapon along with other historical citations as a sort of totem to inspire his vicious crime. No one, I mean, except of course himself and those who supported him. 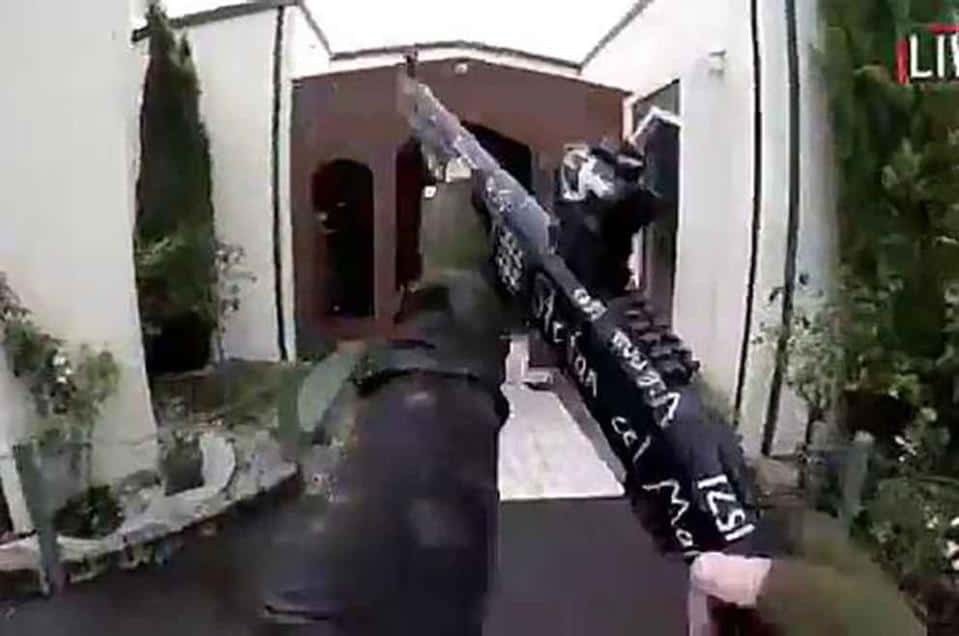 But we should be a little less shocked at the choice of including that reference and perhaps realise that our surprise at seeing “the Great Siege”, as we call it, referenced as an inspiration for Islamophobic violence is the product of our delusions about our history.

I am not going to do a Charles Xuereb and suggest that in order to confront some neglected truths about our history we should go about hiding memorials. But too often we do as Martin Scicluna does today and lie to ourselves to adjust the historical record to fit into the memory we prefer to have.

Martin Scicluna wrote in Times of Malta today about how in the balance which he draws British imperialism was “a force for good”. Why that notion is a revisionist absurdity and an insult to the suffering victims of colonialism even those who continue to suffer for decades after its downfall, is a matter for another discussion. The good thing about history is that it does not run away. 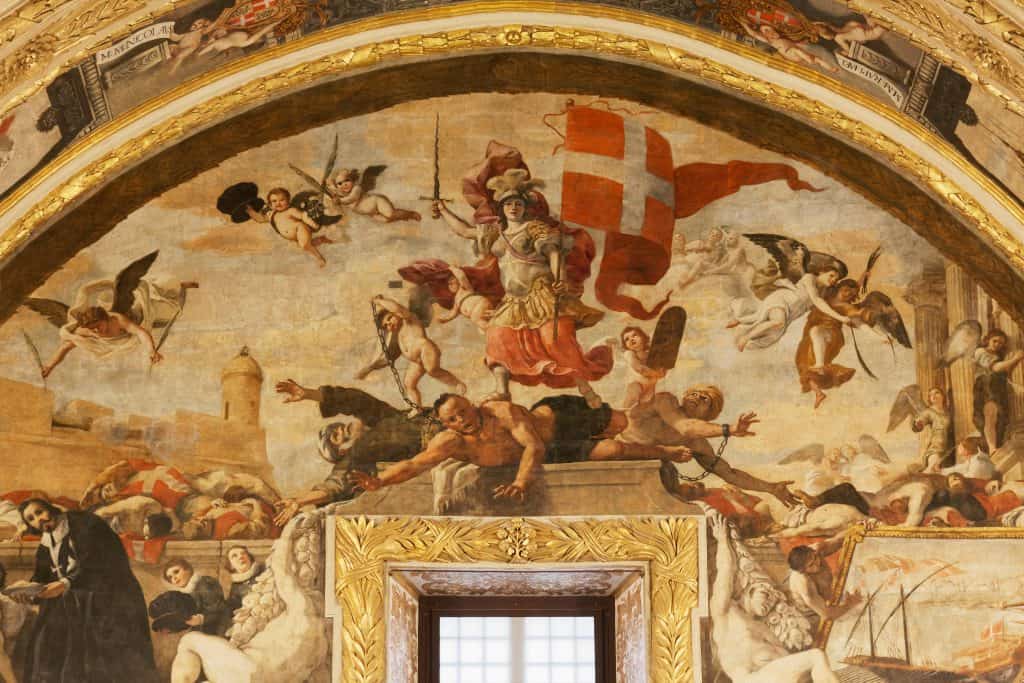 But the terrorist in Christchurch, New Zealand, who armed himself with the inspiration of the battle on Malta in 1565 showed he had a better understanding of the dynamic of those wars than we do today in the received romanticism and misguided admiration of “our side”.

It is easy to perceive the Great Siege — I’ll continue to call it that because that’s how it is remembered here, but that name itself is the first piece of propagandist jingoism that creates a false construct in our minds of what really occurred — as some form of defensive war.

Appearing above the rim of the horizon was an invading force and huddling behind the bastions was an island population defending its toehold on the world fighting against the alternative of devastating pillage and kidnap into a life of slavery.

But step back to take a bit of a wider view and you’ll find that the Ottoman invasion is at the tail end of centuries of conflict drawn up ostensibly on religious lines but fuelled by piracy, territorial annexations and the ambitions of a bored and underemployed warlike caste. A caste that wore the cross as its symbol and brandished the sword as its gospel.

An article like this is necessarily an over-simplification and will not replace expert knowledge and libraries of research. This is not the place from which to lecture about the Crusades and their aftermath.

But it is fair to say that the unembarrassed display of crusading symbols as logos of national pride betrays a very narrow perspective of the history which precedes us.

The Knights of Malta believed in the moral righteousness of enslaving “infidels” and putting Muslims and Africans in chains long after the notion had been abandoned by most of the rest of Europe.

That unbounded prejudice does not only permeate in the thinking of white supremacists who look up symbolism in history to justify their warped thinking. It also permeates everyday life for people for whom the theocratic, Islamophobic, intolerance of the history of these islands justifies in barely conscious manner discrimination and resentment in the way we behave today.

I can’t help suspecting that our psychological reaction to boats bearing refugees is coloured by the collective memory of the marauding pirates interrupting the wedding of Katrin tal-Imdina.

Some might say it is all innocent and no offence is meant. When Malta plays Turkey at football, supporters dress in crusading regalia perhaps thinking of the Turks as heirs to invaders but not thinking of themselves as heirs to marauding, unprovoked crusaders and pirates who hark back to memories of centuries of hatred and pain. 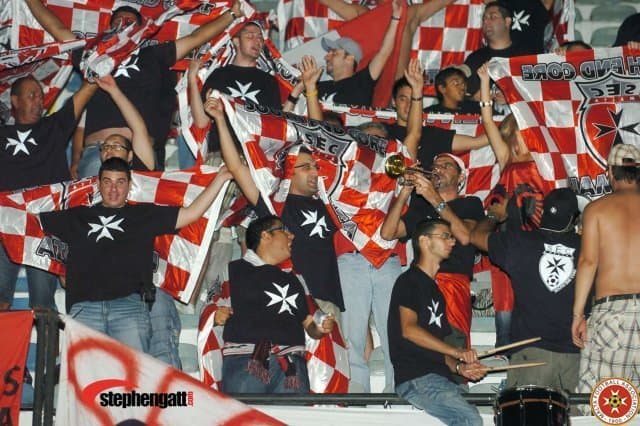 Orangemen in Northern Ireland might claim they mean no harm as they march across Derry recalling their glorious occupation of Ulster and the suppression of a new Catholic minority. South Africans are expected not to be offended by a statue of Cecil Rhodes at their universities and are expected to be comforted by Martin Scicluna’s assessment that in balance the slavery and discrimination suffered by generations of their ancestors were, after all, a product of a force for good. And no one should be offended by the Confederate flag flown in Alabama by hooded men wearing the outfits borrowed from votive supplicants in Southern Spain.

The fact is symbols of history matter and hurt, even if many forget what those symbols represent.

One of the figures in the Great Siege Memorial in Valletta grasps a Papal tiara while the other figure represents ‘civilisation’. That is a relatively more contemporary refresh of the entirely unjustified notion that Christianity is necessarily more civilised than other faiths, particularly barbaric Islam. 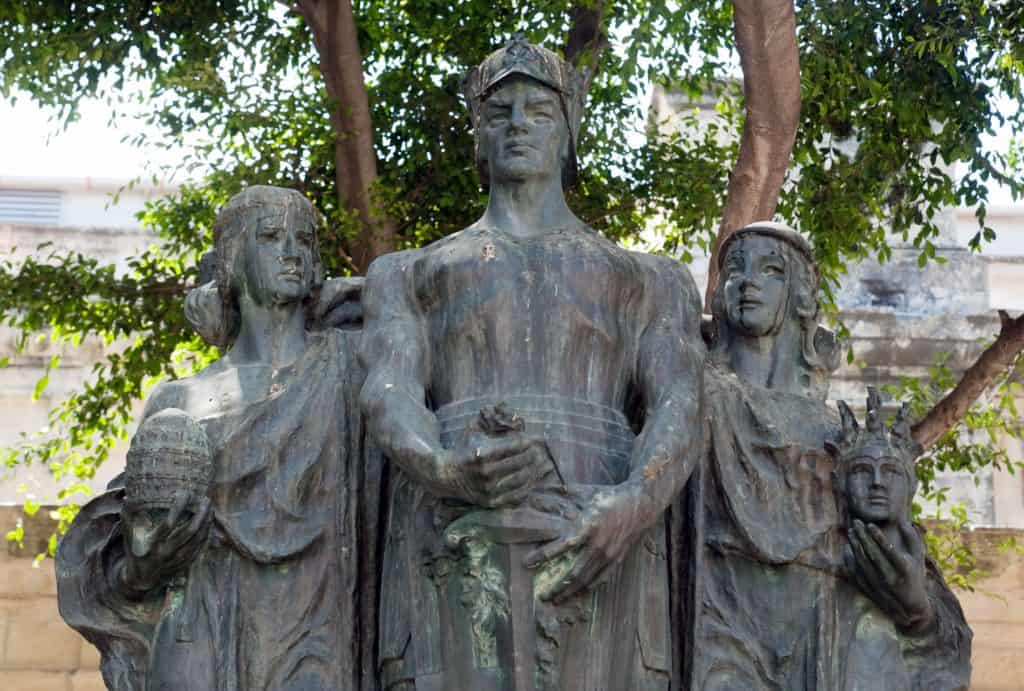 I do not suggest we paint over Mattia Preti’s vault at St John’s and forget that he belonged to an Order whose mission and glory was in chaining Muslims and Africans. I do suggest however that in admiring the beauty of the work we confront the ugliness of the philosophy it represents.

Taking it for granted is only a few notches down from scratching its memory onto a rifle and following the example it inspires to murder innocent people whose only crime is their choice of prayer.

Perhaps we should think about why what happened in New Zealand has a connection with our own culture and our own heritage and what we should be doing about it now.

Previous:Reżistenza: “Since Muscat came into power we got a reputation of being modern day pirates”
Next:Arresting the self