Trip abroad during term time? Only if you’re royalty. 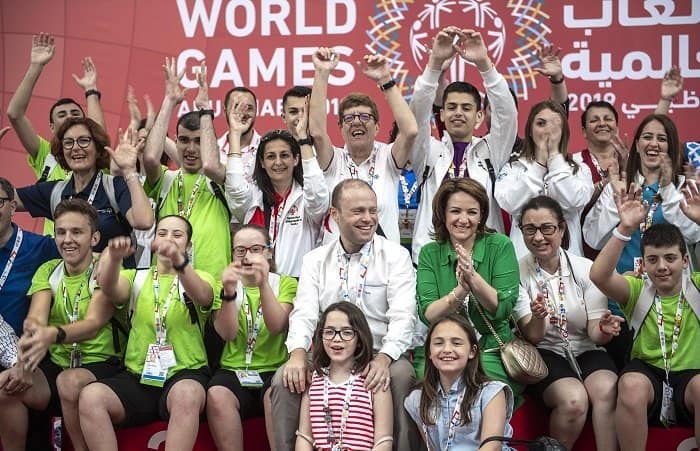 The Prime Minister’s children were taken out of school for several days to join their parents who visited Abu Dhabi for the Special Olympics.

That is against the law and is subject to applicable fines. Anyone else taking their children out of school for a trip abroad would be facing consequences and the Education Division professes to be strict about this.

The policy then refers to the Education Act that says that “it is the duty of every parent of a child who is of compulsory school age to ensure that the child attends school every day unless the minor has a good and sufficient cause to be absent from school”.

It says “every day”.

The Education Division wants to make sure everyone understands the term “every day” is not ambiguous.

Consider this The Malta Independent report from 2015 after the Division issued a circular for schools to brief all parents that “schools will not allow students to miss school days to go on trips abroad, and parents will now face a fine, even if the child misses just one school day”.

Look at this very significant comment by “Education Division sources”: although the government was still keen on issuing the fines, enforcing them was not bearing fruit.

“The fines are there as a deterrent, and it works on parents who slip up, but we have found that they don’t work on parents who just don’t care about whether their children go to school or not,” they said.

Efforts to enforce payment of the fines, the sources said, had wound up harming the children rather than helping them get back into education.

“Coming down hard on these parents just hasn’t improved the chances of them getting their children back into class,” they said.

Now as with every rule there’s a loophole in this one as well. The 2015 circular makes a reasonable exception for the no absenteeism principle for trips children need to make for medical reasons. Of course, it does.

And then there’s another exception: when students need to go on an educational trip abroad. Again from The Malta Independent report from the time: “In such cases, the guardian is to write to the head of school, who will decide whether the absence is approved or not. In any other case, the student will be marked as absent and parents will be fined”.

It would be fascinating to learn whether Joseph and Michelle Muscat argued this Abu Dhabi trip was “an educational trip abroad” when they sought permission from the Head of their school. He certainly granted that permission because while in Abu Dhabi the Muscats missed Parents’ Day and San Anton School organised a special Parents Day for the special parents, setting up a room for them and having their children’s teachers filing one by one to brief them on their children’s performance.

Obviously neither the Muscat parents nor the school they send their children to see anything wrong with this at all.

I can suggest some objections. It treats the Muscats as royalty, exempting them from laws that apply to everyone else. Formal education is supposed to be ‘the great leveller,’ instilling an egalitarian culture among students no matter their background. It’s supposed to instil a culture of responsibility, but also of equality: at least equality before the law.

That the Muscats think they’re above the law is a given. It should surprise no one that they think their children are above the law as well. But the school has some responsibility in ensuring that whatever their parents think, they apply the same rules to all children.

It’s not just about the school’s rules, such as when a date for Parents Day is set. It’s also about complying with national laws and regulations the school itself is obliged to follow, such as not permitting absenteeism and reporting it to the authorities when it happens.

But then there’s a far wider problem. This is a country where the commitments of adults to the formal education of their children is far from universal. Truancy and absenteeism is rampant and often blessed by parents who are indifferent to their children’s education if not positively hostile to it.

You have read in the links above that not even fines work.

Does the Prime Minister not feel it incumbent on him to lead by example?

His attitude to this is entirely consistent with his contempt for the rule of law which as far as he is concerned is a tool and an exercise for his own power. While the rest of us applaud, with varying degrees of enthusiasm.