Some friends are more equal than others 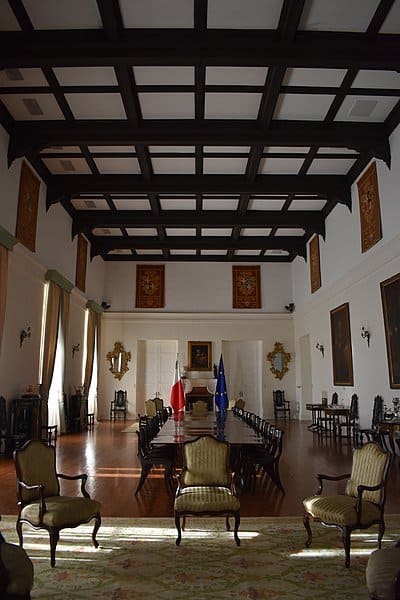 The government is trying to dispel the notion that Chetcuti Cauchi were a privileged crew. They have to do that or they’ll go down with the ship and the Chetcuti Cauchis are not worth that sort of trouble.

They’re friends, but not that much.

They are part of the brood we saw emerge from nowhere in 2013 and take over the country as if it belonged to them. Scratch that: the country was handed over to them. They came marching in shouting “Malta tagħna lkoll” when what they really meant was “Malta tagħna biss u morru tnejjku”.

There’s nothing more powerfully symbolic than the fact that the Ambassador’s Room of the Auberge de Castille that would smell funky if the prime minister eats beans the night before was used for Chetcuti Cauchi’s promotional video.

Can you imagine a UK law-firm using the drawing room at 10 Downing Street to film a promo? That level of familiarity would be unimaginable. There’s a reason for that: avoiding situations like these.

But I know what the Chetcuti Cauchis are thinking right now.

It will be two things. The first is that this suspension, entirely temporarily as it is likely to be, is not going to be a boost for their sales record. While they sit this one out their competition will take over the crooked clients they would be arranging passports for. Someone else will be boasting their proximity to the government and assuring customers “with a criminal record” the government is closing an eye.

Someone else, to use the government’s phrase, will be attracting talent. And cashing the commission.

The second thing that would be eating the Chetcuti Cauchis from the inside is that someone like Brian Tonna and Karl Cini, for example, never had their license to sell passports suspended. That’s even if they did more than confess to trading in influence and corruption. They were caught touring the worlds’ banks lying about Keith Schembri and Konrad Mizzi being in the recycling and maritime business and that the $2 million they would be depositing in their first year as clients of these banks would be coming from legitimate sources.

Brian Tonna did not film his promotional video in a room in Castille where you could smell the prime minister’s farts. He had a desk right there where they could shit next to each other.

No one suspended his license. No one will.

Previous:Giancarlo Siani was killed 34 years ago today
Next:MONEY MAGAZINE: Constitutional changes – why should you care?