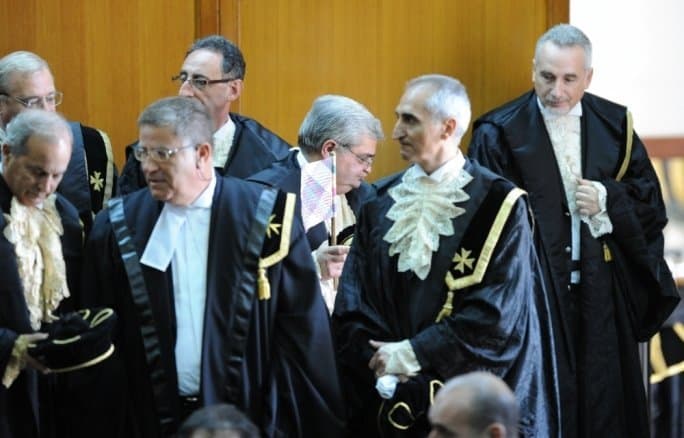 What an amazing coincidence. MaltaToday, that paragon of journalistic endeavours, lent its ear to an anonymous “veteran judge” who felt that some words of wisdom should be dispensed on the case that Repubblika have made against the recent appointments to the judiciary.

Some context is probably useful, lest the populist rubbish spewed by the judge gains ground.

Repubblika is not attacking every appointment made by Joseph Muscat and his cronies, for all that this would not have been entirely the wrong thing to have done, given Muscat’s respect (the utter lack thereof) for the rule of law and proper governance. No, Repubblika, and this appears to have escaped the attention of the learned gentleman (he’s referred to as “he” in the article) is only attacking appointments made after the Venice Commission Report and before its recommendations had been implemented.

Leaving aside that the Venice Commission’s recommendations have not, to the best of my knowledge, been implemented materially in spirit (and nor do I have any evidence that the European Commission referred to by the judge has “approved” anything) the fact that the anonymous judge hasn’t grasped this point tends to give the lie to his concern.

Since the “attack” by Repubblika is on a limited number of appointments (and not on the appointees, for all the judge’s paranoia that Dr Nadine Lia is the real reason why the case was started) why should the rest of the judiciary adopt a “siege mentality”?

Why, for that matter, should they come over all tense and worried?

They are being asked, more and more, to protect the citizen from the predations of the state, as perpetrated by Joseph Muscat, Owen Bonnici and the rest of the band of brothers.

The anonymous judge, I am convinced, is tense not because his position is threatened by this case (it is not) but because he’s going to have to stand up and be counted at some point or other.

Two years ago, I had made just this point, when I pointed over my shoulder to the courts at the end of a march marking the assassination of my friend Daphne Caruana Galizia and laid it out: the courts are our last hope and the judiciary has to take its responsibility on board.

I know because I have been told that these words hit home with those for whom their oath means something. I wasn’t told that they had caused any increase in blood pressure or prompted the erection of bastions against the revolting peasantry, quite the contrary.

Conveniently, a different position has just now popped up, just as the judiciary has come under scrutiny, presumably because the craven and the cowardly will now be able to find comfort in the fact that someone else, a veteran amongst them, to boot, is getting twitchy.

The long and the short of it is that this anonymous judge is worried that he might have to feel the heat. Instead of getting out of the kitchen, if he is too much of a coward to take it, he attacks the people turning up the heat.

Even more conveniently, the judge who whispered in MaltaToday’s shell-likes found it necessary slavishly to parrot Joseph Muscat’s contemptible line about “why are you looking at us, look at what the nasty Nats did before the sun rose over Malta in 2013?”

Quite apart from the fact that even the Chief Justice, in a recent case, remarked that things change and that what might have been good before is not necessarily good now, a dispassionate look at the appointments made by the Nationalist governments under the systems then in place gives the lie, again, to the anonymous judge’s brown-nosed sloganeering.

Another point made by His (anonymous) Honour is that the case started by Repubblika is causing undue delay (delay, in the courts, whatever next?) and risking that the courts might be paralysed.

Twaddle, bullshit and balderdash: it is Muscat and Bonnici’s messing around with the judiciary that has led to this and anyway, it is only the appointments made and specifically referred to in the case that are subject to the possibility of nullification when the case goes against Muscat and Bonnici.

The point the judge should have made, quite frankly, is that the appointments under scrutiny – or rather the manner in which they were made – diminish the thinking public’s opinion of the integrity and probity of the courts.

It is not only the manner of these appointments that have brought the courts into a negative light, of course.

Just a couple of years ago, I would have been extremely reluctant to submit a complaint to the Commission for the Administration of Justice after a ruling by a judge. A few days ago, I felt that I had to, for reasons that are adequately outlined in the complaint and that I need not go into again here. Suffice it to say that confidence in the legal system is not at its apex at the moment.

If the whispering judge really loves his job – his real one, I mean, not the trappings of his day-to-day occupation – he should not worry (or pretend to) about the courts being paralysed. He should, rather, galvanise himself into action, into ensuring that he and those of his colleagues who feel besieged by the conflict between their oath of office and the easy life, stand up to be counted.

If he does this, perhaps the court of public opinion, the court where he wanted Repubblika to fight its case, might come down in his favour.

If he doesn’t, he and his like-minded colleagues, the ones who take the path of least resistance, will find themselves judged to be of the same mould as some of their less than illustrious predecessors, who failed to stand up to be counted not many decades ago.

Previous:Courage, your honour.
Next:GUEST POST: The power of truth and justice