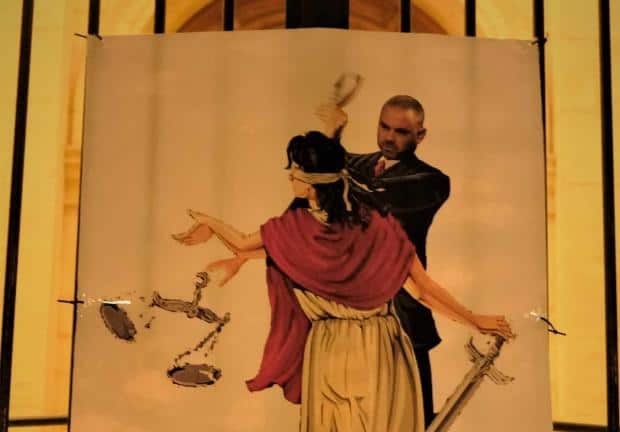 An unidentified judge speaks today to Malta Today’s Matthew Agius and says Repubblika’s case in court challenging the method of appointing judges is ‘demoralising’. It’s remarkable that the judge does not say Repubblika is wrong. For a judge, there is in their arguments a gaping absence of legal objection to Repubblika’s arguments in court.

That does not surprise us. In fact, except for Peter Grech and some of his staff, it is very hard to come across lawyers who would dismiss out of hand the legal basis of Repubblika’s complaint.

The Court of Appeal has already remarked that the prime minister’s discretion in choosing or promoting judges is absolute and that what has long been on our statutes may no longer be compatible with what should be expected of the law. Those remarks have not yet won us our case. But they have confirmed we’re not wasting anybody’s time here.

The anonymous judge’s objection is that Repubblika has taken to court a question better answered “in the court of public opinion”.

That’s reassuring. It’s the method chosen when Barabbas was freed. If the judge is right that legal questions should not be asked in a court, what exactly are they paid to do?

Incidentally, Repubblika went to court hoping it would find the last refuge after everything else failed. We had pleaded in repeated public statements for a reform to be introduced. The government ignored us.

We filed a judicial protest before the last raft of appointments which the government blithely ignored. Shouldn’t the anonymous judge be complaining about Owen Bonnici about this rather than about Repubblika?

Indeed, the government is still ignoring Repubblika. The case is not done yet. The government is still in time to introduce the reforms required by the Venice Commission to meet today’s democratic standards. But it’s not doing that. Instead it’s defending in court its position that it does not have to make changes to judicial appointments.

Instead, we’re having to do that job for you. And judging by your demoralised depression we can guess why. You won’t speak up because you’re afraid of consequence. If you were to put your name to your comments to Malta Today you risk being skipped for promotion when the Chief Justice position becomes vacant. Or you’ll be skipped when it’s time for the government to nominate judges to European or international courts. Or you’ll be ignored and forgotten after you retire while other ‘smarter’ judges get hired for inquiries, embassies or quango boards.

Your demoralised depression confirms, better than anything ever could, that you’re under the thumb of the prime minister and we cannot rely on you, as citizens, to get a fair judgement if we are in dispute with the government you’re afraid of.

Screw your courage in its sticking place and speak out, you and your colleagues who hold judicial independence dear because you’re committed to justice and the rule of law. Tell the government they should introduce these long called-for reforms. It does not matter to Repubblika how we get to the right result – whether after a court victory or after the government comes to terms with the changes it must introduce.

What matters to us is that we have a judiciary from where all citizens can get justice when they have suffered under the yoke of a government that thinks itself unrestrained because judges are in its pockets.

Snap out of the depression, your honour. It is time for some courage.