How are the Degiorgios paying for all the court cases? 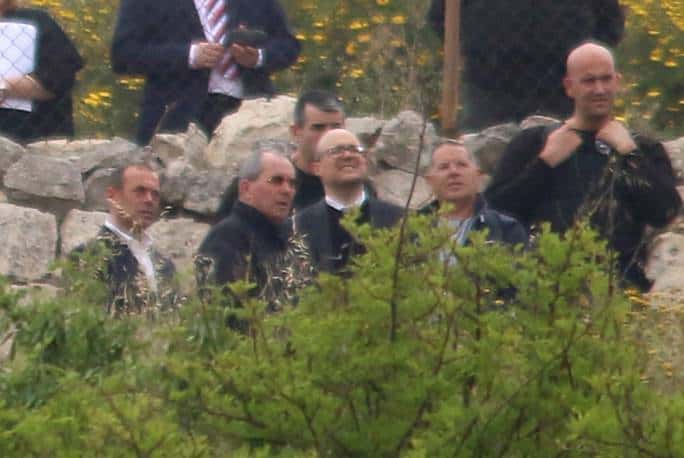 Two of the three alleged assassins accused of killing Daphne Caruana Galizia have been opening Constitutional cases claiming their fundamental rights have been breached because of this or that other supposed infringement.

So far, they’ve had all their complaints rejected.

George Degiorgio, the guy was is accused of pushing the trigger and waiting on the burner phone to hear the explosion from his brother’s boat, yesterday challenged the legal basis of wire-tapping.

His brother Alfred, the guy accused of staking out Daphne the entire night and morning up to the point he spotted her coming out of her house for the last time, had his claim that his right to a fair hearing was breached rejected by another court.

In a separate case they claimed and were granted bail though while they are in preventive custody awaiting trial for murder that does not count for much. In any case they are defending themselves from the charge of money laundering. That’s more interesting than it sounds because witnesses heard in that case told how Alfred Degiorgio was extremely, even impossibly lucky when gambling at the Portomaso Casino. It is possible that detail may prove very significant in good time.

In yet another case George Degiorgio claimed he is a victim of a frame-up.

So, who is paying for all these cases then? The Degiorgios have been locked up for almost two years. Officially they were unemployed before that though they were allowed to live a life of inexplicable luxury driving sports cars and gambling hundreds of thousands at the roulette table up to their arrest.

Since their arrest however they have been charged with money laundering so in theory they should have no access to their illicit wealth.

There is a possibility that William Cuschieri, who is now representing both Degiorgio in court, is working pro bono or discounting the cost of his legal services considerably. I suppose that would be none of our business.

But they still need to pay the court fees. Every time they lose a Constitutional complaint – and they’ve had a few – the court bills run into the thousands.

Where are they getting the money to pay that from?

Some snowflake will suggest I am putting in doubt the right of the Degiorgios to seek redress if they feel their human rights are breached. I’m not doing that. If one really insists on having a theoretical discussion on whether affordability should be a criterion when accessing the courts, I’d probably be a snowflake myself.

But I don’t get to write the rules. The court fees are what they are and somehow the Degiorgios keep paying them.

Previous:Repubblika says the state is obliged to provide protection to whoever is threatened.
Next:When Joseph Muscat’s government was ok with immunity to turn state’s evidence