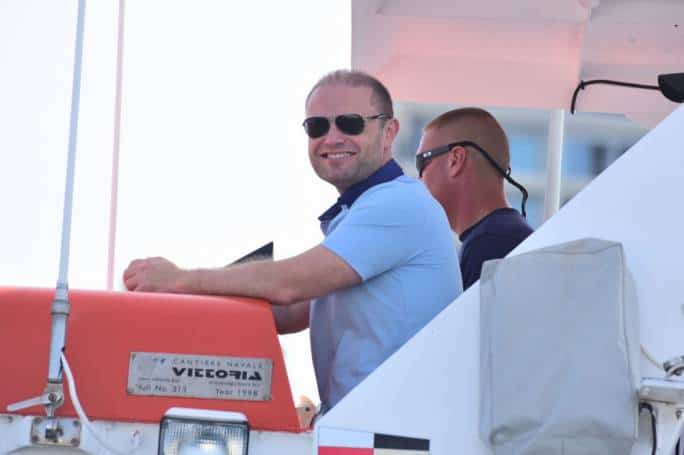 Must we be treated like idiots every step of the way?

Two days ago, security guards at the university silenced a protest by Moviment Graffitti on the university campus. It looked at first like it might have been the initiative of a low-ranking security guard. But then the university issued a statement saying why it would not tolerate political protests during freshers’ week because there would be too many people, particularly important people seeing it.

Then the next day Joseph Muscat visited university and pissed on the outrage saying, incredibly, “if freedom of speech is not respected in university I don’t know where it would be”. He said the removal of the cartoon Ian Borg mask uncovering the modesty of the Moviment Graffitti protester was “stupid”. But what he said also means that Joseph Muscat agreed with the assessment that silencing a protest by taking away a masked cartoon worn by a protester amounts to a suppression of freedom of speech and the university’s statement defending itself for doing that was not justified.

Joseph Muscat proceeded to roll in the fat at a schmaltzy photo op with the Graffitti protesters wearing the same Ian Borg cartoon masks of the type the university seized the day before. Perhaps disarmed by Joseph Muscat’s brazen shamelessness or because all that talk about anger at his government fizzles away when closet Laburisti melt into goo when afflicted by proximity to the striking stardom of King Joseph, the encounter looked like a very friendly affair. Joseph Muscat looked like he was organising the protest himself.

In the wake of the prime minister’s condemnation of the university’s actions the day before, the university rector said the two security guards were not authorised by the university when they censored the protest and ‘censorship’ on campus would not happen again.

Why is it that when we watch the news in this country, we have to feel like someone has clubbed us with a cricket bat in our sleep and we’re not sure why everything looks like its rolling in the sky with diamonds?

If the university agrees with the prime minister that the incident amounts to breach of free speech, why did it defend it in its own official statement? Are the university saying the statement was not approved by the rector?

Was this then the initiative of the university’s spokesman Pierre Cassar? Was he after all the fascist rogue rather than the security guard?

How likely is that? Pierre Cassar used to run the Broadcasting Authority. He should know a thing or two about free speech. Or does he?

If this was his initiative, has he been reprimanded by the university authorities for making them look like blood-curdling nazis – not by me, you know, but – by the prime minister who classed the incident flatly as suppression of free speech.

And then of course there’s another point that needs making. If the prime minister thinks removing a protest because it looks bad is a breach of freedom of speech why does he condone the daily removal of the Daphne protest from Great Siege Square?

Why is that different? Are his views on free speech conditional on what that speech is saying (objecting to industrial scale tree chopping as opposed to demanding Daphne’s killers are brought to justice)? Or are they conditional on whether the protesters likely voted for him in 2013 and 2017?

If even the university – or its spokesman, or its security guard – don’t know that, who in this forsaken country would?

Previous:As good as it gets
Next:UPDATED – GUEST POST: The second best roads lead to Rome