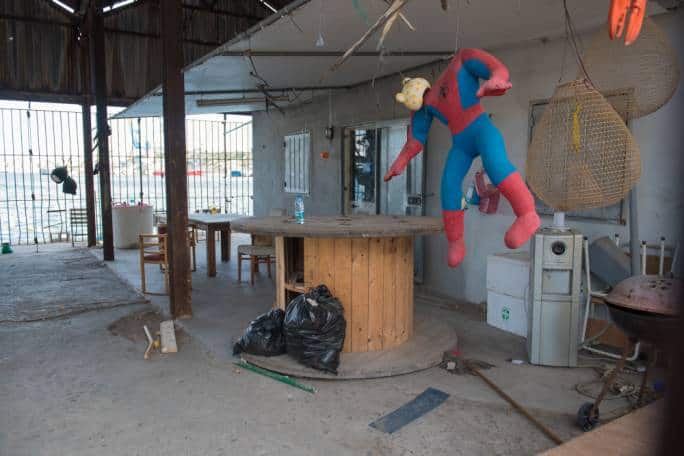 The trial of Daphne Caruana Galizia’s assassins is no ordinary trial. It’s a mafia trial.

Just because we don’t call it that in our law, does not mean it isn’t. Something is or isn’t independently of whether the law says so though of course the law needs to say so if something is to be done about it.

Arthur Azzopardi has quit as Vincent Muscat’s lawyer in all his cases but most prominently in the case where his erstwhile client stands charged of murdering Daphne Caruana Galizia. The resignation apparently happened last Friday and we came to know of it yesterday in a Malta Today report. Like many other journalists, I spoke yesterday to Arthur Azzopardi who confirmed the report of his decision was correct.

So here we are today 48 hours before the trial against Vincent Muscat – and against Alfred and George Degiorgio – is due to start and one of the accused needs to find a lawyer.

Arthur Azzopardi has given me (and presumably other journalists) a personal explanation for his resignation which he asked me not to report. I will of course respect his wish except to clarify that the reason he gave me has nothing to do with any fears he may have for his own security.

He also told Times of Malta today that the decision to resign his brief was taken by his firm which is odd since one is not represented by a firm but by a lawyer. The ethical implications of Arthur Azzopardi’s resignation can only be carried by Arthur Azzopardi, not by his firm or his partners.

In any case, whatever personal or collective reason Arthur Azzopardi gives for his last-minute departure, I feel I have to make my own assessment. This trial, I will here argue, is no ordinary trial and a move like this cannot be taken at face value.

This trial is not some everyday occurrence which we should not be bothered about which is what Raphael Vassallo argued in his Malta Today column last February.

He was writing about how unfettered free expression is in Malta and insisted the killing of Daphne Caruana Galizia was an irrelevant consideration in this matter:

“Press any of these people to come up with examples of ‘State censorship’ in Malta, and they will cite the ongoing libel proceedings against Daphne Caruana Galizia (and now her heirs) by Joseph Muscat over the Egrant allegations. (Note: Some of the more unreasonable ones might even point towards her murder itself… for all the world as if the bomb had been planted in her car directly by the State, instead of by three well-known criminals, with foreign contacts, who are now facing murder charges in court).”

One of the items on the agenda when Vincent Muscat and the Degiorgio brothers go on trial Wednesday is Vincent Muscat’s decision to summon as witnesses in his defence Joseph Muscat, Keith Schembri and other government big shots.

It is not likely that you will find many historical examples in the history of the civilised world of government officials of such seniority summoned as witnesses to help exculpate or mitigate the case against a defendant in a murder trial, particularly the murder of a journalist.

That fact, which one wonders if, after Arthur Azzopardi’s resignation, will ever be properly examined in an open court, is another indicator that the intricate web behind this assassination binds a complex association not merely intended to commit an ordinary crime but to perpetrate a terrorist mafia act.

As we now all know Vincent Muscat has for over a year turned informant for the state. He is a pentito even if it is not clear whether the Attorney General has recognised him as such. Whatever the quality of the evidence he can give – and since he comes from the very lowest ranks of the suspected organisation that may have committed this crime that quality is unlikely to be excellent – the fact that he has offered to switch sides places him in great and mortal danger.

It is naive to think similar danger does not apply to the pentito’s lawyer. The danger was certainly perceived and it was discussed within the police force. It is important for me to underline once more that Arthur Azzopardi says he did not resign his brief as a lawyer for a potential witness for the prosecution against other people involved in the murder of Daphne Caruana Galizia because of his – Arthur Azzopardi’s – personal security.

But if he did resign for that reason, he would have to ensure no one thought so or his hope for safety would be near futile.

The Times of Malta’s report this morning spoke of this incident as “strange” and “raising eyebrows”.

If this was seen for what it is – a mafia terrorism trial – the resignation of the lawyer for an accused who was informing the police and offering to testify for the prosecution against his accomplices and his masters would not be that strange, nor would it raise eyebrows.

What would raise eyebrows instead is why the state did not ensure that their witness had all the legal assistance they required to see their cooperation through.

Someone like Raphael Vassallo would never see this is a mafia case. He thinks “known criminals with overseas contacts facing murder charges” is the beginning and the end of the case.

Before 1982 Italy did not have a definition of a mafia crime in its laws. Article 416 of Italy’s criminal code provided for a criminal conspiracy which applies for acts that are manifestly criminal. Say five guys hook up and plan to commit a bank robbery, assign each other roles, commit the crime and then split the proceeds at the end. That’s a bank robbery and criminal association allows the guy driving the get-away car to share in the criminal responsibility with the guy who shoots the policeman at the door.

But the mafia is not robbing banks. Which is why a specific law – 416 bis – was written in to provide for situations where the gang hooked up to exert intimidation in order to push for profits from perfectly legal activities.

So, take a group of fishermen in Acireale or off Ostia. They will bully, scare and if need be use violence against any other fisherman from outside who dares fish in ‘their’ water. Fishing is not illegal. But ganging up to intimidate others to protect and increase profits from fishing is a mafia crime.

When they wrote the 416 bis they had more than fishing in mind. The law was written in the aftermath of the killings of state officials who blocked or slowed down access of the Mafiosi to public contracts such as contracts to build roads or provide the state with services.

I don’t know: things like a concession to build a power station and supply the government with energy at rates that favour the owner of the power station rather than the people living in the houses or working in the businesses consuming the energy it generates, to name a random example.

416 bis also makes specific reference to omertà, a form of tacit complicity that is used to help the masterminds of mafia crimes getting away with their crimes. This is where Raphael Vassallo comes in. Unwittingly, or perhaps because he is a part of the mafia conspiracy that killed Daphne Caruana Galizia he perpetrates the myth that arresting and punishing the triggermen resolves the crime. That is how he (and others) cover up for the mafia, thereby being part of it.

They wrote the 416 bis because in the same way that you need to get the guy driving the get-away car in a bank robbery because after all that guy could very well be the mastermind, in a mafia crime it is simply not enough to get the lowlifes with the bomb trigger.

You need to get the guys making money from the government contracts that murder was intended to allow to happen. And you need to get the politicians who allowed themselves to be bribed or intimidated into giving them that contract.

Vincent Muscat and Alfred and George Degiorgio are charged with murdering a journalist who was at the time of her death in possession of material evidence that could be reasonably assumed to cause problems for a number of public concessions including, though not limited to, the Electrogas deal.

Arresting and punishing them does not begin to address the mafioso nature of this crime and the fact that this crime covers a conspiracy the money from which comes from legitimate business (such as the generation of electricity on a government concession) makes this more of a mafia crime than if it was a bunch of criminals who killed the journalist because she was getting close to resolving some criminal activity as if she was the CID on the trail of bank robbers or fuel smugglers.

Here, to sum up then, is what 416 bis says. A mafia crime is understood as being such where the coming together of people to use their association to intimidate or to force in others compliance or silence in order to achieve objectives such as:

There are other possible objectives for a mafia crime listed in that law that may or not may be relevant to our analysis here. In 1992 for example they added the crime of using intimidation to scare people from voting in a certain way or force them to vote in another way. I mention that here because there can be no more legitimate activity in a democracy than voting but the mafia organises itself to profit from that as well.

We have accepted a number of considerations surrounding the assassination of Daphne Caruana Galizia. One of those considerations, for people who are not wilfully or unwittingly part of the conspiracy that has killed her, is that Alfred and George Degiorgio and Vincent Muscat killed Daphne at the behest of someone else.

We also accept that since she wasn’t stabbed in a dark alley but blown up in a car bomb in broad daylight those who killed her wanted to achieve more than her death. They wanted to achieve intimidation and fear in others who like her might prove problematic for the organisation that killed her. Hence the notion of mafia terrorism which finds itself in the use of the idea of ‘intimidation’ in Italy’s 416 bis.

The changes to the law were the reaction of the political class that was partly, though not entirely, compromised by mafia infiltration and that even a part that used to close an eye to the mafia and accept it as the way certain parts of Italy did things was shocked into taking a firm stand and fight back.

It should be happening here too right now. Our judges, our police officers, our prosecutors and our parliamentarians should be around a table legislating the right tools in order to get to mafia organisations. Once you have something like 416 bis in your laws some things can snap into action when faced with these crimes so notoriously hard to get to the bottom of. Among other things there would be the protection of pentiti. And their lawyers, so that the cases can be seen through.

416 bis is not happening here because our political class is proportionately far more compromised than the Italian – even the Sicilian – political community ever was. We are far too deep in our way of doing things. The Mafiosi are far too powerful. Their ability to intimidate and ensure compliance or silence reaches politicians and policemen and judges. And even journalists who help propagate the oxygen that keeps the mafia alive: the broadly accepted lie that the mafia does not exist. And that Daphne was killed by “three known criminals with foreign contacts”.