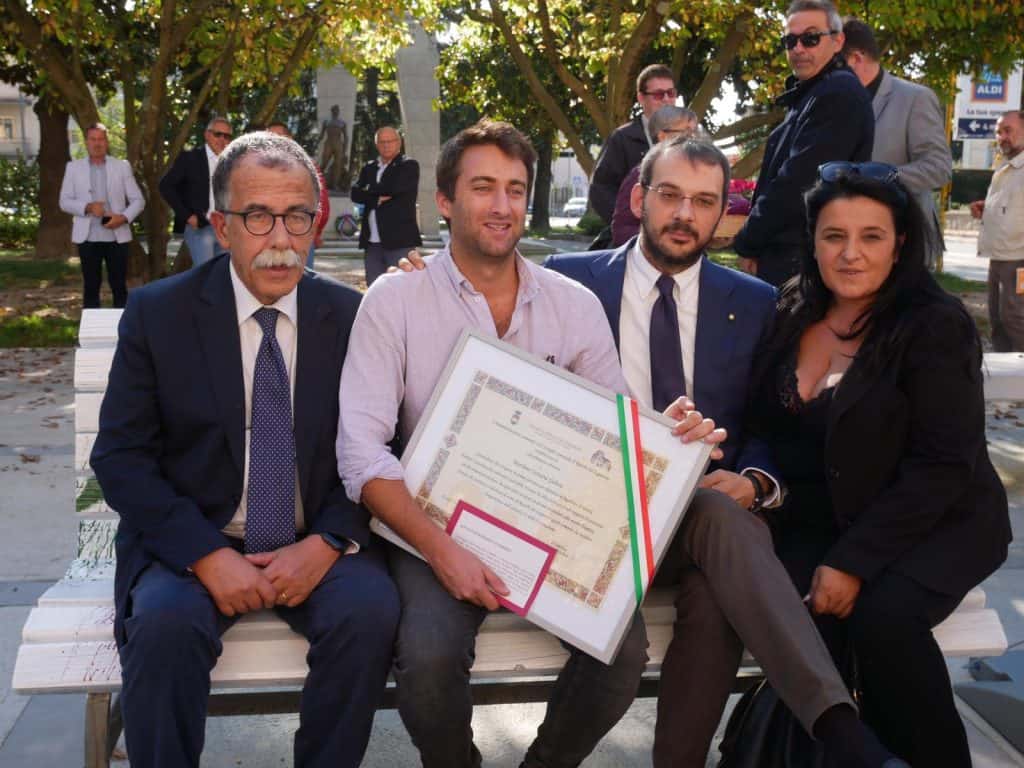 Sandro Ruotolo, Paolo Borrometi and Marilena Natale — journalists protected by armed guards because of threats from subjects of their investigations — with Matthew Caruana Galizia yesterday after he was made honorary citizen of Ronchi dei Legionari.

“Matthew Caruana Galizia is on the front line in the battle for the rule of law and truth,” the citizenship charter says. “Through the cultural NGO Leali delle Notizie (loyal to the news), Mr Caruana Galizia is a close friend of our community that recognises couragous journalists by awarding a yearly prize named after his mother Daphne.” 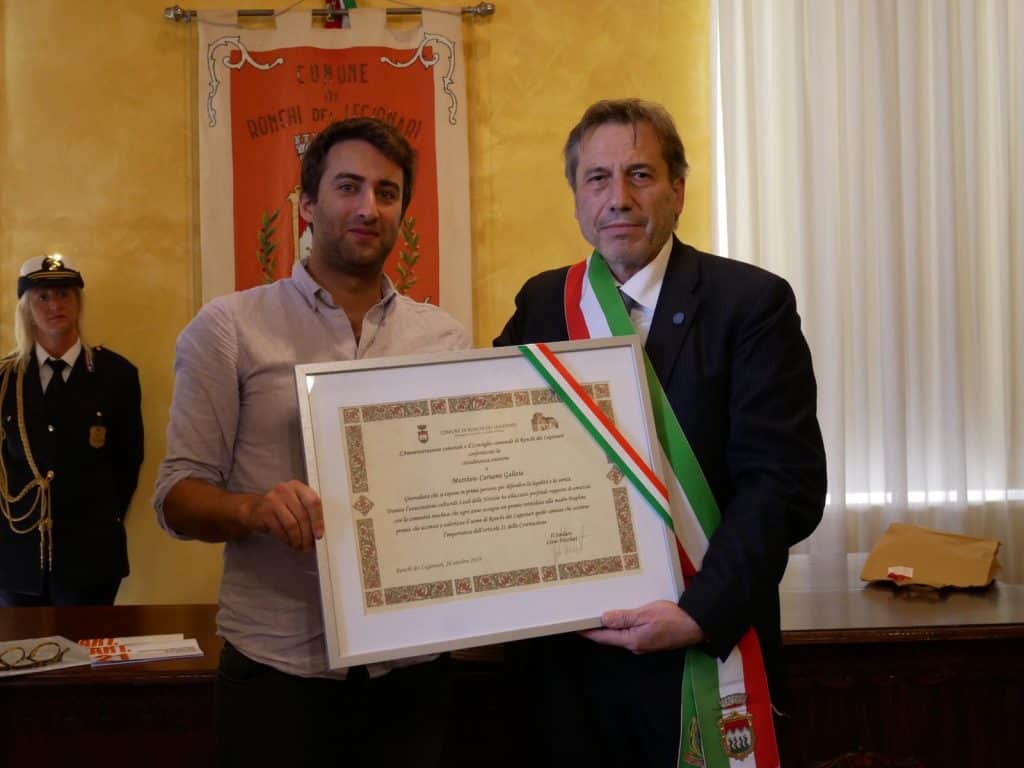 The ceremony was addressed by the President of the Italian journalism union FNSI (Federazione Nazionale Stampa Italiana) Beppe Giulietti who said Italian journalists stand with Maltese campaigners who fight for the truth their government seeks to hide. Mr Giulietti said his organisation will make direct submissions to the President of the European Parliament David Sassoli to insist that a public and independent inquiry into the killing of Daphne Caruana Galizia is allowed to discover the truth in her case.

Beppe Giulietti also said that the FNSI will seek to intervene in court cases in Malta that authorities continue to pursue against the family of Daphne Caruana Galizia. “This intimidation is not acceptable”.

Mr Giulietti announced that together with Amnesty, the Italian union of journalists will establish the 16 October – the anniversary of Daphne Caruana Galizia’s 2017 assassination – as the yearly appointment to recall all campaigns seeking truth and justice for murdered journalists worldwide. 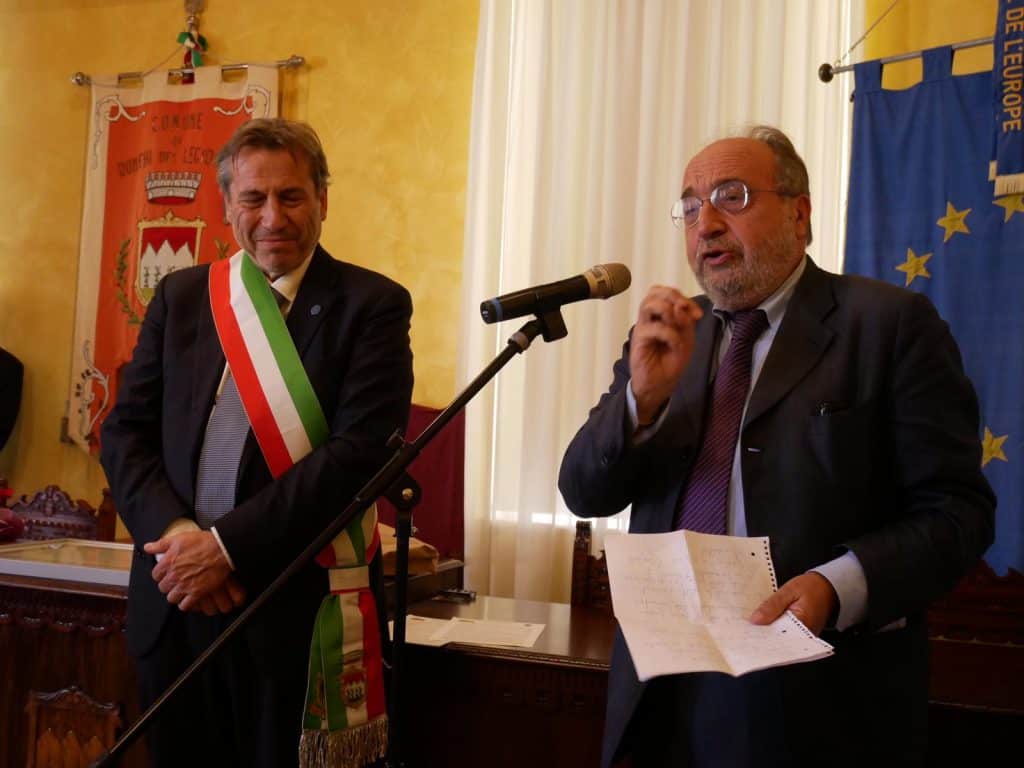 The FNSI president remarked that at 15,000 people Ronchi is far from the most important town in Italy. But in awarding its citizenship to Matthew Caruana Galizia the council has made Ronchi for a day the capital of press freedom. He said he would campaign with mayors across Italy to form a network of cities who proclaim their commitment to the people’s right to information and the consequential need for journalists to be protected.

Receiving the honorary citizenship, Matthew Caruana Galizia said he found inspiration in Italian society that has repeatedly gathered around families of victims of organised crime including journalists, police officers, judges and politicians killed by the mafia. “Your success gives us hope that one day we will overcome the ongoing campaign of hatred against my mother and my family.”

The ceremony was attended by three Italian journalists who are continuously escorted by armed security provided by the state because of threats they have received in response to their journalism. Sandro Ruotolo, Marilena Natale and Paolo Borrometi said that in the same way the Italian state provides them with security, they stand around Matthew Caruana Galizia and other Maltese journalists providing them the security of professional journalistic solidarity in the face of the dangers of reporting on corruption and crime in Malta. 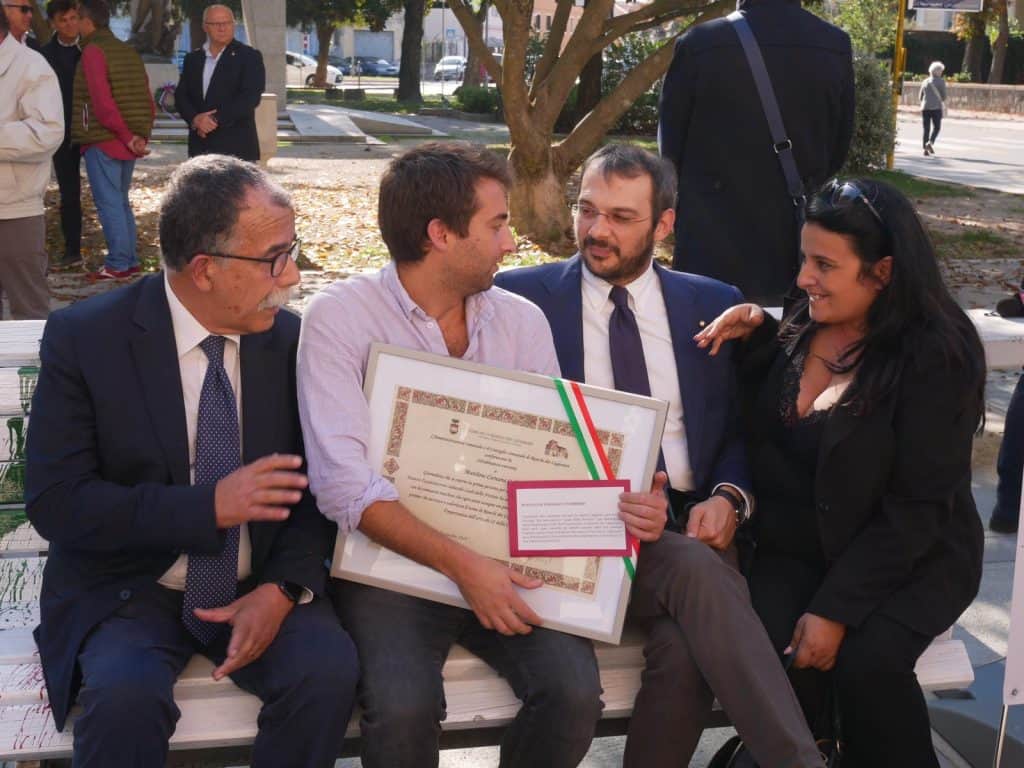 The three journalists posed with Matthew Caruana Galizia for photographs on a newly installed bench in Ronchi’s main square inaugurated yesterday as a public memorial to Daphne Caruana Galizia.

Previous:What comes after the best of times?
Next:This is what citizenship means