That is not what citizenship means. 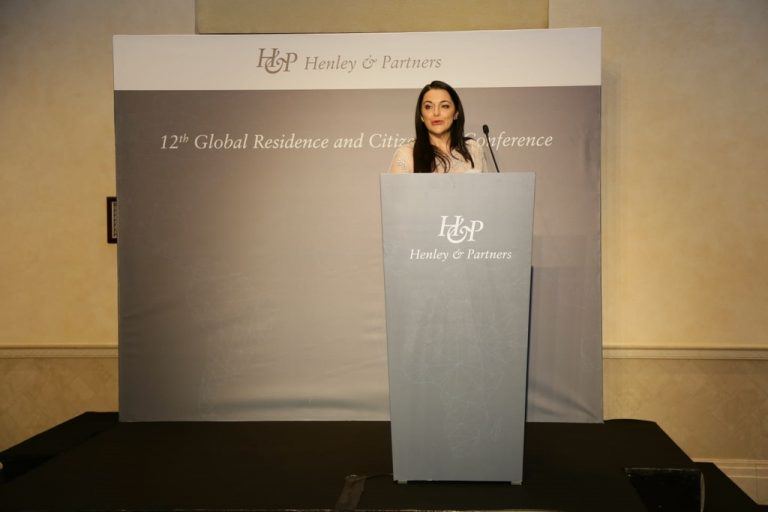 Julia Farrugia had to parry Karol Aquilina’s onslaught yesterday. She wasn’t very good. To be fair to the honourable lady defending the sale of Maltese citizenship is like talking up Genghis Khan’s table manners. You can try but the loud burping will still drown you out.

This is another piece of evidence of the obvious fact that the citizenship sales scheme has changed the definition and meaning of citizenship. Before we got into this mess, citizenship was not revoked whatever the crime. If I, born to my Maltese citizenship, was convicted of serial murders and sent to life in prison I would still remain a Maltese citizen.

Of course, I’d have many of my freedoms curtailed. I would no longer be able to travel down the road let alone fly out of the country. I would not have much to do with a passport. But I would not be made stateless. And no matter what rights would be suspended the fundamental dignity of statehood would stay with me till the day I died.

Why is this important? Because before the government put a price tag to citizenship, being Maltese was not a gift handed down by a government. It was and is an inherent dignity that cannot be taken away.

All this is legal fiction of course but that does not mean it’s unimportant. Because in the fact that citizenship cannot be simply struck off is the last line of protection that at least within one country of the world we have a set of basic entitlements that no one can deny us.

We owe thanks to no one for being Maltese citizens and that is what declares for us our basic rights.

When Julia Farrugia says she’ll revoke the citizenship of someone convicted of a crime she is doing one of two things – she is either creating two different classes of citizenship, one of which for having at first been purchased is revocable upon conviction for a crime or else she is changing the immanent status of the citizenship of all of us and subjecting it to the potential of revocation by state authority.

Julia Farrugia would say she’s doing the former. She would say that the legal basis for revocation for ‘citizens by investment’ who are convicted of being crooks is in the same corner of the law that created ‘citizenship by investment’ in the first place.

I disagree. Citizenship is citizenship is citizenship. It is a status intended principally precisely for its irrevocability. Consider citizenship by naturalisation for the purpose of comparison. When someone is married to a Maltese citizen, they are immediately granted freedom of movement in Malta: they are given the right to reside and work here and it would look and feel to all intents and purposes that they are treated as if they were Maltese.

But until they are recognised as Maltese citizens many years later there is one significant difference. Their freedom of movement can be taken away from them. Their status is extended to them by the authorities as a grace and is conditional on the fulfilment of conditions. If they were given residential status because of marriage say, and that marriage is cancelled or nullified, the residential status is revoked. But if in the meantime they are recognised as citizens, their citizenship cannot and will not be revoked no matter what happens to their marriage.

Now here’s the real point. When Malta put up its citizenship for sale it did so because its customers wanted the passports that come with it. But passports are only available to citizens so this basic concept of nationhood had to be redefined to fit into the greedy program of selling passports to people.

The campaign was justified as an effort to attract talent to Malta. But the talent was not attracted to us. It was only attracted to the cover our passport could give them. It should not have come as a surprise to anyone that what buyers of passports wanted was a blanket that would allow them to hide from the world who they really were and where they were really from.

The need to hide is a consequence of having something to hide. If we were giving passports to North Korean refugees who would be made stateless by their vile government if they dared to defect, extending to them our citizenship would be an act of humanity.

But there’s nothing humane about what we do. If it is comparable to anything, what we do is harbouring criminals, what we do is provide a sheltered bay for pirates. What we do is transform the status of citizenship from an inherent right that we are born to and in some cases like marriage or long-term commitment to our country we can give but which could never, until now, under any circumstance be taken away to a commodity that is traded at the discretion of the government.

To provide a pirate bay for these ‘citizens by investment’ we have made our home into a pirate bay. We have diluted our citizenship to something which can be revoked. We have had our very basic dignities and rights encroached upon.

I don’t know how to say this nicer: but they fucked us all over for money. And it’s just not worth it.

Previous:Riot
Next:What comes after the best of times?