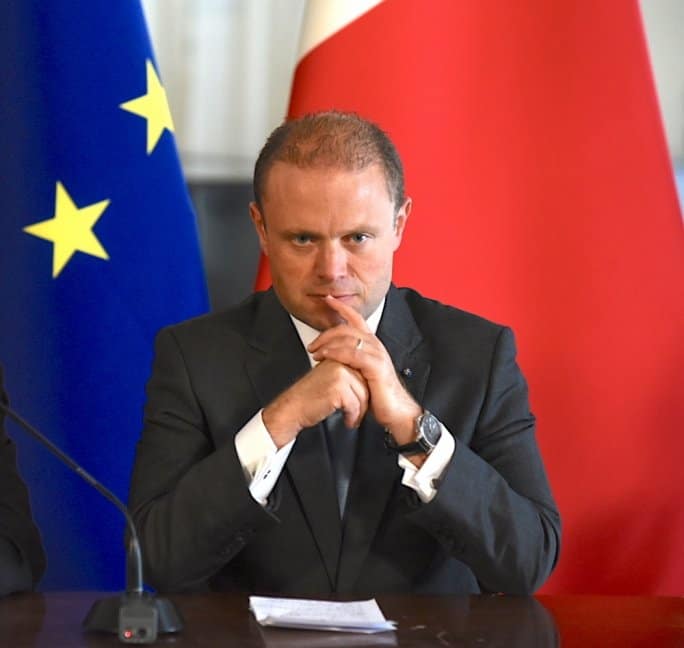 The prime minister’s remarks yesterday betray more than he intended. The formal cover is that he doesn’t know the details of the Daphne Caruana Galizia assassination investigation. The police operate independently of the executive, he says, and he cannot and does not interfere.

And yet that is not entirely true. Consider for example the point he made that presidential pardons are not effective. Whatever the legal term pardon is the wrong word. Forgiveness does not come into this. A pardon is granted when someone is punished for a crime they admit to and at some point, their sentence is reduced through the grace and mercy of the executive. That is a residue from the divine right of kings when justice was retributive and was meant to be tempered by equally irrational mercy.

In a democratic society we look askance at these exceptions. We prefer due process under an independent judiciary which in its own judgement incorporates the rights of the accused with the rights of their alleged victims and metes out punishment commensurate to the crime. We still have pardons and we are supposed to keep them there in extreme cases of miscarriage of justice. A fair application would be the cases of people still serving punishment for crimes that have been decriminalised or the severity of the punishment reduced in the law. Or for some error – which can happen – such as when Giovanni Grixti sent the Mayor of Żurrieq to prison and realised he never meant to.

But this is not at all what we’re talking about in the present circumstance. Forgiveness, I repeat, is very much beside the point. This is about a plea bargain or immunity from prosecution which is given to a material witness in order to secure the conviction of someone else.

The assassination of Daphne Caruana Galizia was, if we were to apply Italian terminology to it, a mafioso terrorist act. Let’s break that down. A crime “di stampo mafioso” is a crime committed by an organisation. This is distinct from a mere conspiracy to commit a crime. The people who grouped together to order, pay for, recruit, arm for and execute the assassination did not walk in from an honest living to commit this single crime. On the contrary the various participants were criminals in their own right who decided upon this assassination in the service of their other crimes.

This is the special significance of that quote The Sunday Times had last Sunday when it reported what their sources were telling them. ‘Daphne was killed because of her work. Because of what she had written or because of what she was about to write’. Therefore, this crime was committed to cover up other crimes or to punish Daphne for revealing them. This is when we do not only have a conspiracy to commit a crime. What we have instead is a crime committed by a criminal organisation, or mafia.

By way of example Daphne revealed corruption in the granting of public contracts. She uncovered a criminal organisation that involved local and international interests and private and public officials. They made or stood to make money from a criminal activity which Daphne exposed or, from their point of view, threatened to expose. In this example she would have been killed to cover up that other crime.

Now, why an act of terrorism?

This also is borrowed from principles of Italian anti-mafia legislation. A crime that is committed by a mafia organisation in order to warn or scare others fits absolutely in the definition of terrorism. These are laws that address situations like the bombings that killed Giovanni Falcone and Paolo Borsellino. These are situations were nothing short of an enormous explosion has the effect that the mafia desires, way beyond the terminal impact on the target of the assassins.

Why are these legal definitions relevant? Because in countries with experience of organised crime laws about the protection of witnesses, trials in abstentia, preventive arrest, the crime of association and the burden of proof are designed to combat just such situations.

As we recovered from the stunning shock of what happened that afternoon of 16 October 2017, at least the possibility that Daphne was killed because she uncovered the corrupt relationship between private business and politics for criminal ends was prominent in people’s minds.

Although only evidence can rule in the involvement of holders of public office in this crime, circumstances are such that their involvement absolutely cannot be ruled out. There is no police officer that will speak to you privately who would rule it out. Even Silvio Valletta in the dock in court in defence of his own continued involvement in the murder investigation in spite of the fact that his wife is a government minister, declared that the involvement of no politician can be ruled out.

But how do you go from ruling out to ruling in? How do you get to the evidence in a crime designed by its perpetrators never to be proven?

Plea bargains and partial or full immunity from prosecution, that are conditional on the quality of the evidence given by the criminal concerned, are an indispensable tool in securing convictions.

This is true in any circumstance when democracies pursue organised crime. The mafia convictions in Italy where secured by pentiti.

Note the choice of word. Pentito is often translated as turncoat which, I suppose, witnesses that were previously part of the criminal organisation and have committed heinous crimes on their behalf switch sides and testify for the state in order to secure the conviction of their former bosses are indeed traitors for the organisations they betray. So, turncoat is right.

But I want to contrast pentito with the nonsense notion of ‘pardon’. Pentirsi translates literally as to repent. It is a word borrowed from Catholicism and it is a prerequisite for the comfort of divine forgiveness through confession. In Catholicism all sins may be forgiven by God as long as they are confessed to a priest, or someone else when no priest is available, and penance is made for absolution. But none of that is enough. You can go through the motions safe in the secrecy that binds the priest who hears your confession but none of it will count unless something happens within you that no one can do for you. That something – that internal transformation – is repentance.

Now the application to pentito mafioso is far less romantic than this. No one has any illusion that pentiti become good people. But the word is appropriate because unlike pardon which is something to which the recipient is passive, repentance requires action by the pentito himself.

This is what turning state’s evidence means. It is the decision of a criminal – for by their own admission that is what they are – to testify against their former accomplices and their former bosses. And they do so because they rate the chances of their survival better if they speak than if they remain silent.

What comes into play is purely the calculus of fear. The incentives given to pentiti Mafiosi have not always been reduced sentences. There have been witness protection programs including the possibility of serving a sentence in a prison where they are safe from the reach of the people they helped convict.

The tool of the pentito is fundamental for the anti-mafia prosecutor. That does not make it uncontroversial. As the idea was promoted in Italy many politicians resorted to populism arguing against the expense and the immunity granted to people who by their own admission were career criminals who have only decided to cooperate with the state with no love for it.

We had that sort of thing here with the Żeppi l-Ħafi saga. But that’s for another day.

Those politicians resorting to populist rhetoric to combat pentitismo had a very clear incentive to do so. The pentiti could finger them. They could testify to the association between politicians and mafiosi. In Italy’s case right up to a prime minister.

Joseph Muscat remarking that he is “sceptical about presidential pardons” confirms that it is government policy that the investigators with the job of solving the mafioso terrorist assassination of Daphne Caruana Galizia are not armed with the full arsenal even our naive laws allow them.

His ‘scepticism’ amounts to political interference. It is, once again, an abuse of the overbearing power of the prime minister in our country. And I would add that this abuse is motivated by self-interest whether that is partisan – because Joseph Muscat fears that a proper investigation of this crime might contaminate his government – or personal because no one has been ruled out of involvement in this crime, the prime minister included.

There has been more political interference intended and having the effect of hindering the effective investigation of this crime. Political interference has slowed down and held back the pursuit of suspected accomplices. The motivation is inside their head but from out here it looks like they have held back that pursuit out of fear that it may lead to them or to people too close to them.

Our executive signs warrants for phone tapping. It oversees the security services. It hires and fires police commissioners with whom it engages in day to day supervision of the investigation of crimes. Our prime minister and our ministers have the means to allow a proper investigation to occur and have the means to prevent it from happening.

In the case of the assassination of Daphne Caruana Galizia they have used those means. They have ensured that stones have been left unturned out of fear of what lies beneath.

The prime minister yesterday criticised the press for revealing some leads in the investigation into this assassination. They’re old leads. The investigators working on them have had them for months. As time passes the suspects are more than aware that they are “being watched”.

Consider the alleged intermediary who wrote his will the day after the alleged assassins were arrested. What did he do that for? Was it because he was expecting to die of old age many decades later?

This goes to the crux of the matter. If witnesses from within are the only way of securing convictions for the masterminds then it may not be enough to be “sceptical” about incentives to turn state’s evidence. It may be desirable that potential witnesses are no longer there.

The way time has been allowed to drag on and the can has been kicked down the road here gives us the chilling idea that what the political interference is really hoping for here is that witnesses suffer some horrible accident. Maybe they trip and fall from a height or something gives them the idea that it might be fun trying to walk under a falling piano.

Pentiti are useless if they’re not alive to testify against those who signed off on this murder. If that were to be the case, the masterminds walk free.

This is in the hands of the politicians that are telling you they’re not really involved in the investigation.

This is why you must protest. If you don’t, you’ll be the one to have let them get away with it.

Previous:14-15 October: Another book launch
Next:GUEST POST: Nothing to hide