From a young woman known to me. 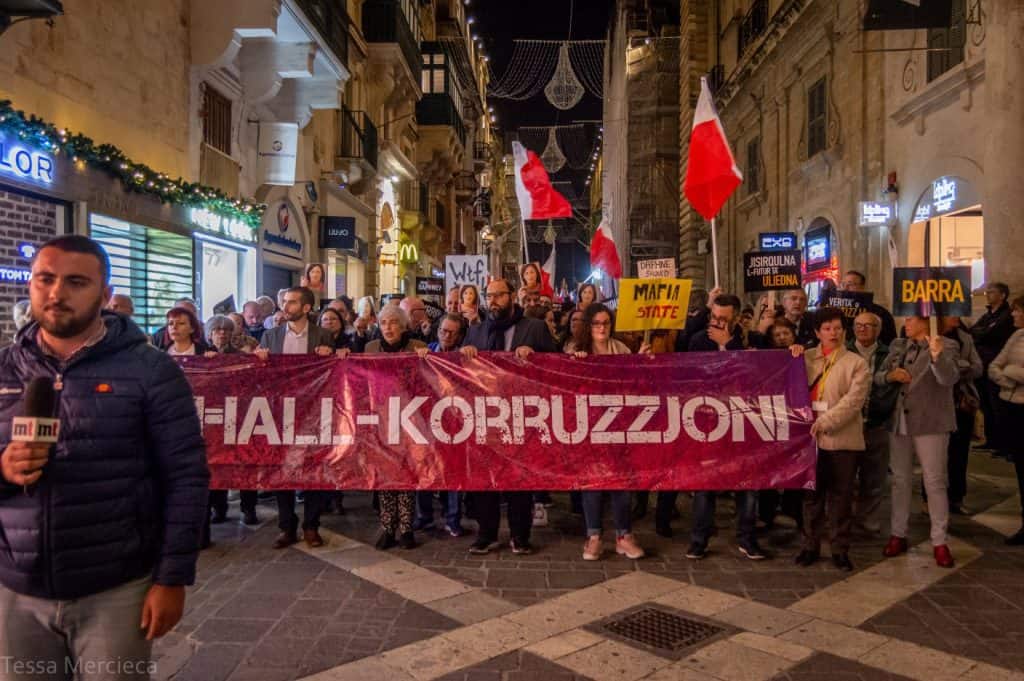 I am a 26-year old Maltese professional, currently working abroad. Needless to say that right now, my Maltese pride has been quashed and I feel the need to deviate from questions asking where I’m from when meeting clients. As colleagues read the foreign news and ask me what’s going on, I struggle to explain the situation diplomatically, trying not to make Malta look like a dump where corruption is so ingrained it has reached the highest levels of the state, rendering our institutions just there for show.

What is happening to our country? If people think that the fact that persons within the government may somehow be involved in a journalist’s murder does not have an impact on a prospective client’s assessment of Malta, then they are grossly mistaken. This is the time where we need to protect our business environment and our reputation, that has taken years to build and which may fall apart at any moment. We need to be present in the fight against corruption; it affects all of us, and a decline in business and investment ripples throughout the economy. If people think we can depend on the sale of European Schengen passports till kingdom come for cash infusions, then they are in for a rude awakening.

Which brings me to my second point.  I have attended most of the monthly vigils (up until a few weeks ago), and I remember saying to myself and those with me ‘you always see the same faces, mostly of people our parents’ age’. I wish I could be in Malta right now to attend the protests and to support people like yourself, Mr Delia, who have fought and continue to fight tirelessly to keep the momentum going, in our quest to seek justice and not only for Daphne’s heinous assassination. Honestly, if it weren’t for people like you, and other individuals and organisations such as #occupyjustice, Repubblika and a number of PN MPs and MEPs, then I can’t even begin to imagine where we’d be. And most importantly, thank you to Daphne’s family – her sons, her husband, her parents and sisters – thank you for giving her to us.  We cried for her upon her assassination as she represented the hope of a better Malta to us. And that hope died with her on that day. We should have done more for her. We must do more, to get justice for her murder.

So why aren’t we doing more? Where are all the young people? Let me speak for myself here, but I’m sure many people my age can relate. In the seventies and early eighties, my parents witnessed it all – violent incidents, human rights abuses, widespread corruption, and even political murder. I grew up with a sense of pride knowing that no matter how bad it gets, we can always fight to demand better because in reality, we deserve it. My parents and the generation of that time did it, and so can we. A government isn’t invincible – we should always expect the best because our taxes pay their salaries!

These people are there to serve us and not to make hay whilst the sun shines.

My parents (now in retirement) tell me that this is going to be an uphill struggle and that it could get worse.  But I am more positive. I know that we will get there.  But we shouldn’t expect to achieve this just by standing by and watching other people fight our battles. How can people my age still go on with their normal lives, spending their Friday nights having drinks in Valletta, or using errands as an excuse not to attend protests, whilst our country is in dire straits? It is so surreal to me.

And what about the teenagers (who may soon exercise their right to vote)? What about the students? My parents always recall the story of when medical students chained themselves to the railing in front of Castille in protest, against the obscenities by the Labour government way back in the seventies. Can’t imagine that ever happening today with our society drowning in apathy. Politics isn’t about going for pre-drinks before a mass meeting, or being a “keyboard warrior” on Facebook, or taking a selfie with your favourite politician to post on Instagram with some cheesy quote. It’s about standing up for what you believe that your government should be doing for you. You elected those ministers and members of parliament to represent you – why not call them out when they aren’t acting as they should? Squandering our hard-earned money on dirty deals and keeping things under wraps?

And finally, and most importantly, what about our politicians? We elected you all to parliament two years ago – why is it always the same faces fighting corruption in court and attending protests to fight for the truth? Before anyone says ‘din Nazzjonalista u indannata’ – please, no. I honestly don’t care if Labour are at the helm of our government, but all I ask for is a clean and honest government, free of corruption, that plays fairly. Am I being naive? Possibly. But is the status quo something we voters should accept? Definitely not. I appeal to members of parliament on government benches including ministers. How can you let these people hijack the party you love? What are you afraid of? You were elected to represent the people – so go out there and do what’s right.

Previous:When he clung to Keith Schembri
Next:Protesting with pots and pans