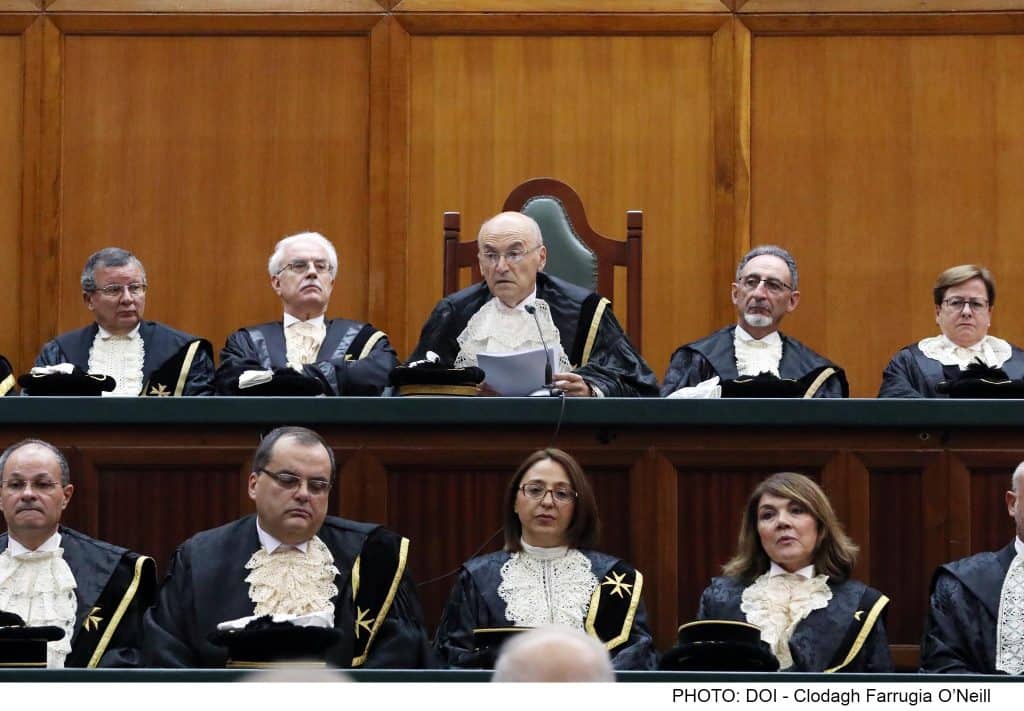 A Maltese court referred Repubblika’s challenge to the power of Malta’s prime minister to choose judges and magistrates to the European Court of Justice.

This is a very significant moment in judicial history. In Malta’s history as an EU member state this is only the fourth ever reference to the European Court of Justice. Repubblika’s challenges seeks to ensure judicial independence to ensure that justice in Malta is served even when the government or people who hold power in government have an interest that it is not.

The Venice Commission in December 2018 found that the prime minister’s unfettered power to choose judges and magistrates was not in conformity with contemporary expectation of the workings of a democracy. Repubblika is fighting in court to change that and update Malta’s laws to a level the rest of the world can recognise as democratic.

Judge Mark Chetcuti formally referred the case to Luxembourg today with a note insisting the matter is addressed by the European Court with urgency.

Judge Chetcuti asked the European Court questions that were formulated after the judge consulted Repubblika and the Attorney General.

The judge asked whether provisions in Malta’s constitution on the selection and appointment of judges are consistent with European Union treaty law that requires the independence of the judiciary.

The Maltese court also asked that the European Court of Justice that if it thinks Malta is breaking EU law, whether the ECJ felt the problem should be fixed before any future appointments are made or whether the decision should also affect past appointments of judges and magistrates already in office

Judge Mark Chetcuti also pointed out that the challenge brought by Repubblika is not merely a matter of national interest for Malta but could have an impact on the European order of justice. In Malta though Repubblika’s case creates legal doubt about decisions being taken by judges and magistrates appointed in April 2019 after Repubblika’s complaint was first filed in court.

Judge Chetcuti therefore asked the European Court of Justice to treat the issue with urgency.