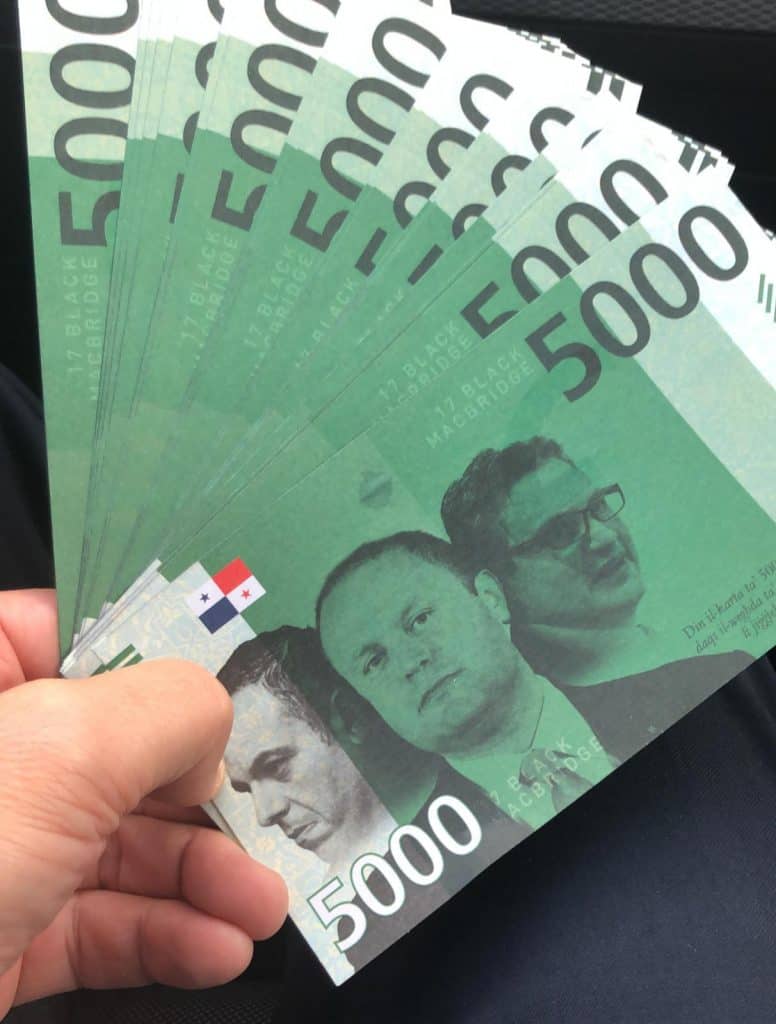 While they ease their conscience today and express satisfaction that power is still theirs tonight, maybe they can watch Keith Schembri and Konrad Mizzi as they count their millions.

Earlier today there was a quote by Mark Camilleri, hardcore socialist and government appointee in a quango on a public salary. It made the rounds mostly because of the expletives it contains. 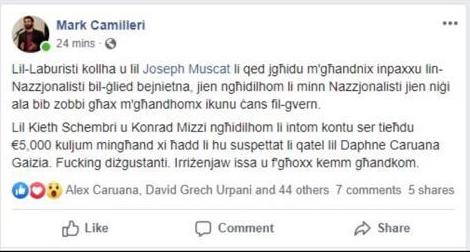 There are so many ways this logic is perverted. For starters Mark Camilleri seems to think that Labour Party supporters like him should only really be interested in Keith Schembri’s and Konrad Mizzi’s corruption because that fact alone would not let the PN win an election. That’s so utterly revolting. It is an explicit declaration by someone for whom a sense of ethics is secondary and subservient to electoral calculus. It does not matter if we hurt the Labour Party because after all the Nationalists are too far behind, is Mark Camilleri’s reasoning. If this was a neck and neck affair however, Mark Camilleri suggests Keith Schembri’s and Konrad Mizzi’s €5,000 a day would have to be hidden.

And then my next point. Mark Camilleri considers it an aggravation that they were going to accept the €5,000 a bribe from someone suspected of killing Daphne Caruana Galizia. He thinks that’s “fucking disgusting”. But he’s seeing things the wrong way round. The right way up is that someone is suspected of killing Daphne Caruana Galizia because they took a briber of €5,000 a day off them. The difference may seem subtle but it’s fundamental. It’s not that they took a bribe from someone who eventually turned out to be a bad guy. The killing of Daphne Caruana Galizia is not an unconnected aside. There’s cause and effect here. Their bribery and corruption led to her killing. Her killing happened to cover their bribery and corruption.

And Mark Camilleri should stop being shy. Joseph Muscat has known about the €5,000 as long as Mark Camilleri, at least therefore since April 2018. This is not some detail that emerged since Yorgen Fenech was arrested. So if Mark Camilleri is asking anyone useful to fuck off tonight, that should be Joseph Muscat.

But Joseph Muscat is counting his greenbacks.