Egrant (7) The opposition is useful when it shifts events, not watch them 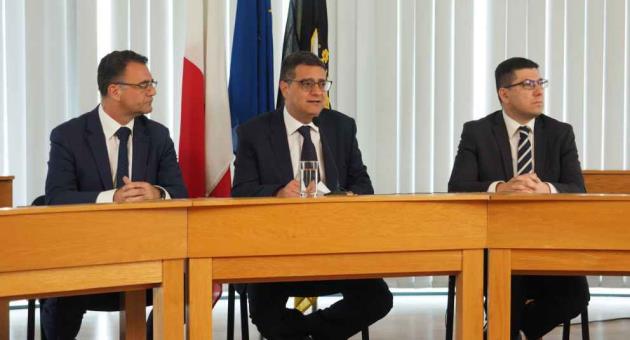 The opposition is not a commenter on current events. It has a constitutional role of keeping the government in check and it should do more than talking. Its battlefield should principally be parliament but that institution has been reduced to a mere shadow of what it should properly be.

Going to the courts in this case allowed for an examination of the question on whether it was right for the government to keep this report secret. I confess to still being a bit perplexed about the outcome of the case. It seems to be that the context of time has played a role in the Constitutional Court’s decision.

In this decision there has been much that was unspoken. It seems to me that the judges sitting on appeal were taking a dim view of the Attorney General’s behaviour. The Attorney General published an extract that was convenient to the prime minister and played along with the suppression of a lot of stuff that was embarrassing and that would, under normal circumstances, have led to major resignations in the government.

The argument that investigations on matters raised by the inquiry were still ongoing may have had some relevance a year and a half ago but was now wearing seriously thin. And protecting the reputation of the prime minister when now he had none to protect became a redundant consideration.

Speaking of Joseph Muscat’s reputation and how it’s changed since the Egrant extract came out last year one also has to think of the shifting position of Adrian Delia in his respect.

The win in the Constitutional Court and the publication of the report is, no doubt, a major political coup for the PN, probably the first of any significance since before the 2017 election. It is the first time a gamble of theirs properly paid off. If nothing else it served to push into oblivion the malicious implication that Simon Busuttil did anything out of line at any time leading to the Egrant inquiry.

But this high also exposes how low the day the Egrant conclusions were published was for the PN. That day Adrian Delia worked on the assumption that Joseph Muscat was saying the truth and Simon Busuttil was lying. He all but apologised to Joseph Muscat and fired Simon Busuttil from the small office he held of spokesman for good governance.

It wasn’t just a case of poor judgement, though it certainly was that. That decision betrayed the malice with which Simon Busuttil was ditched by his own party colleagues. Or at least there had been an attempt to ditch him which was botched as a small majority of PN leaders stood by Simon Busuttil and prevented his complete dismissal.

That decision a year and a half ago was divisive and harmful. Above all it was wrong. The benefit of hindsight is only relevant to confirm in fact what should have been known to anyone with any good will last year: that Joseph Muscat is lying scum and no one should presume he is being truthful over the political judgement of Simon Busuttil and the journalistic endeavour of Daphne Caruana Galizia.

Adrian Delia is holding his head high today because the PN scored a major point over the government. But the supreme irony in all this is that this episode too is a reminder of the treachery his leadership served to the PN and how divisive his decisions have been. It is also a painful reminder of what the job of an opposition really is and how much our country has suffered because the present bunch neglected their duty for most of the past two years.

Previous:Egrant (6) The exculpation of the Muscats in the report conclusion is not backed by the rest of it
Next:He said we’d be the best in Europe