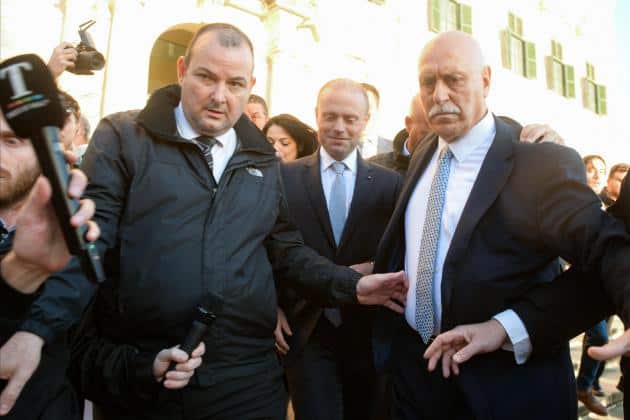 The people who have voluntarily delegated limited power to a governing body to administer the land, have the natural right to overwhelm servitude, iniquity and the evil of government. In the absence of government responding positively to such calls towards righteousness, but instead indulges in the perpetuation of its evil acts, it would lose its moral legitimacy and more importantly delegitimise itself politically; distinct altogether from legislative legitimacy.

Both the Gospels or faith and the law of nature establish that man is born free. This human being enjoying his freedom of thought, actions, aspirations, once required to commune with the rest of his neighbourhoods, had nurtured his acquired cognitive skills in such ways as to exchange knowledge, share the common good and himself contribute towards the well-being of his community. Through time this ambience came to be referred to as civil peace, based on the principles of freedom, respect and dialogue that should spring spontaneously in a social democracy.

This necessitated the nomination by these same free human beings of a governing body that sees to the well-being of societies, guarantees their freedoms and rights, and establishes order in cases of errant acts by members of these communities. These same gospels and law of nature in no way however exclude evil, once the freedoms of the human being are acknowledged.

But a governing body of a community is composed of human beings who too are subject to act in evil contexts and fail to deliver the tasks assigned to it by the same societies that are the ultimate source of legitimate rule and that are tasked with the coordination for limiting the powers of their rulers.

In brief this lends itself to the confirmation of the right and duty of this same society to overwhelm evil and hence to censure the governing body it appointed and if need be take actions that lead to its removal.

Constitutions exist that establish the right of the people to protest, riot and use violence as a last resort. Today’s modern democracies such rights are not in writing, but the right to protest and overthrow governments are understood and guaranteed by the same laws of human rights. For the people’s legitimate rights to be further guaranteed as contemplated in a liberal democracy, the errant governing body would need to desist in further concocting political and social conflict while undermining the law and the processes of institutions by indulging in misconstrued shadowing of persons of interest in circumstantially evidenced crime and divest itself of its legislative powers – resign.

The appointed six weeks for a change of premiership is not a damage limitation initiative respecting the party in government, as one would expect, it is effectively a politically delinquent and morally illegitimate initiative to retain control of proceedings. As things stand it could be one’s perception that a defunct leadership would still act as an influencer irrespective of who is elected to till the land.

Delving deeper into the “happenings” of the islands’ recent history is not the source of the islands’ problems. The source lies in the immoral, devious and autocratic strategies and the forma mentis of the governing body verging on the extreme evilness of man. As one would say these are flagrant premeditated transgressions of commissions not omissions. If it were not for the government bondage with evil failing to take timely action, and if it were not for the governing body to dismantle the precincts of law and order and repair its palisades 24×7 to deter public assault, the persons of interest involved would have already been experiencing their days in imprisonment. Violence leading to brutal death would not have been resorted to.

These palisades are now evidently crumbling and the former impression of impregnability has been reduced to a non-convincing crusade to possibly avoid dying in a ditch or the dismembering of the governing body itself.

Known facts and circumstances, I would say regretfully, squarely place the responsibility on an albeit intelligent, masterful professional, and yet devious and evil prime minister. It is recorded that he stated that he has been let down by his entourage. He has stated that he is carrying responsibility politically – and hopefully not criminally – for his misjudgements.

This leads to two conclusions. First the prime minister’s defiant strategy to extend his stay to mid-January is politically not conducive towards the islands avoiding tremors. It is morally illicit and casts questionable shadows on his purpose to stay on. Secondly the prime minister, in circumstances where other politicians in Malta and abroad would have resigned immediately for much lesser transgressions, has admittedly delegitimised himself by his alleged misjudgements. This holds good for his deputies who officially have repeatedly expressed “unanimous” votes of confidence in his regards thus partaking in his acts.

These experiences our people have to live raise one consideration. It is not just the citizens’ rights of freedom as demanded by civil peace that has been trampled upon, it is the notion, that a typical peaceful, law abiding society, that even if in a subtle way still expresses an approach to our Christianity and faith, (the secular or temporal conscience) and that through lack of foresight or misjudgement had reduced itself into this vast silent crowd, is today living in servitude and turmoil. A servitude that our delegitimised party in government is also experiencing through its short-sighted and time barred disfigured semblance of neo-liberalism, the dictatorship chapter of which was the governing body’s only creed masterfully marketed to a people that would have never believed it would be served by allegedly criminal but certainly morally illegitimate party.

The country’s elite class, the moneyed people and our institutions that opted to be co-optated with government, the former for profits through investments, the latter for career paths that helped make a buck, have throughout these last years, kept claiming their pound of flesh. Government has lived in this surreal prison for the best of these last six years.

Civil society need to keep up the pressure. For long it had been felt that unless opposition parties struck the right balance between caution and a convincing confrontation with the party in government, it would be the civil society that would lead the way. I repeat that this is an eye-opener for the inherent need to reform our political society.

To overwhelm servitude, iniquity and evil would take a courageous crowd. The parties are expected to offer support on the political level, acting as the defenders of the crowd. Those who recall the eighties can understand what a united opposition front as was the case then could lead to.

The prime minister is realising that circumstances have rendered him weak, acts in panic and being intelligent he is convinced that the crowd has the power and determination to call it a day. But the living skeletons are like worms sucking blood. Those particularly in high positions in our institutions would better take heed. Civil society including constituted bodies, labour unions, professionals, academics the media et al, backed by parties, need to impregnate any defensive barriers, irrespective of their nature, that the party in government shall attempt to erect.

Who would talk the prime minister to desist from inflicting further damage? Our highest institution is awaited to act cautiously but persuasively. No other labour government shadowed by the present incumbents would eradicate the islands from this mess. Servitude, iniquity and evil is permeated throughout the public sector and beyond; the roots are deep.

Only a well-oiled political society could have the answers.