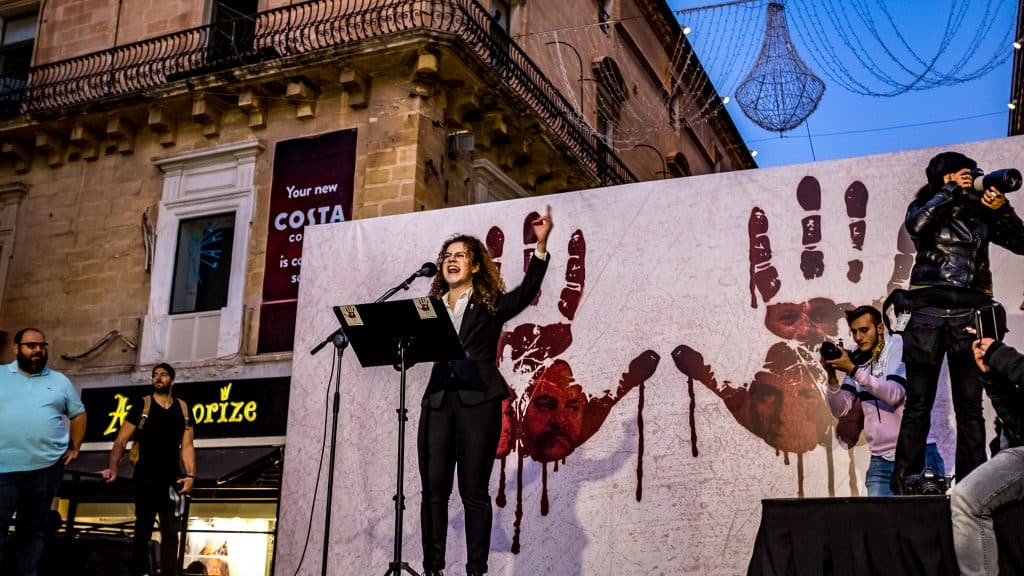 “Those who hear not the music, think the dancers mad.” What follows is my attempt to discern the music, and to share my experience of its melody.

At times of great importance, our minds will work in myth. This is a truth that psychotherapists of the depth tradition begun by Carl Jung, and refined by James Hillman et al., have known for a long time. Still earlier, it was this creative potentiality that was safeguarded by builders, artists, and poets throughout our human story.

Our species thinks in terms of fairytales, not because these are “childish things” (although they are that too, and therefore foundational to our development) but because such stories make the bedrock and lifeblood of our humanity.

All of us act out our myths, though few are aware of it or willing to engage with the implications. Our patterns of behaviour and custom, our ways of being in the world, are the warp and weft of the reality we experience.

Myth is “mystery” (a sacramental revelation of what is ‘beyond’ comprehension) precisely because it evades interpretation. It is what it is, and it shares itself by being itself, immediately.

Myth, in itself, is the narrative wisdom that goes beyond empirical verifiability. However, it would be a mistake to place it in opposition to scientific fact. The mythopoetic is made up of facts, constellating to propose a whole that is other than the sum of its parts.

When we treat of myth, it is the meaning inherent in matter that becomes the subject of our vision. We become aware of what matters, not solely of matter itself. Reorienting ourselves in this way, it becomes possible to discern the myth that is presently emerging at this critical time in our national process.

In so far as we pursue justice, in the name of the Invicta (she who is “Unconquered”) we shall change our world.

The sacrifice of Daphne Caruana Galizia, her assassination and holocaust, demand justice. This is the most crucial factor, although multifarious crimes of greed, pride, manipulation, and deceit are all attendant upon it. Each of these criminal behaviours, the sum total of corruption, reached a nadir in the murder of a member of our Maltese family.

Across the ancient Mediterranean, such murder was met by a group of mythical beings commonly called the Furies. This image expresses the outpouring of energy that stirs us to action, to make right the evil wrong that we have endured.

Here, a woman is imagined in a dress that is wet with blood (a ‘Scarlet Woman’ of the first order) and without sleep or rest, she pursues her truth. What matters is that this ‘unique’ truth is aligned with a truth outside of herself. It draws to itself that which is itself, namely, retribution for the irrevocable fact of death that has been unjustly perpetrated in the act of killing.

This truth strikes at the heart of our reality, because it is an offence against Life, a forfeiture of Justice, and a disfiguring of the common Good.

We can see its icons on display all over Valletta, for instance the bloody hands emblazoned on every surface. The desire for justice, making immanent the Invicta, is contained in these manifold images.

Another theme from the ancient world: bursting from the forehead of the patriarch Zeus, Athena is both the person and mystery of Wisdom.

Wisdom is that “something beautiful”, which was hidden within the edifice of the patriarchal structure that has made its emergence a dire necessity.

Or rather, in another metaphor, we are called to support a collective adjustment in awareness, to know and be known by this Beauty, which has always existed.

When our deepest values move us to pursue justice courageously and creatively, we can experience a profound shift in perspective. Awareness is amplified. Change towards something better finally becomes possible.

Individuals are filled with spontaneity and conviction, to move along a basic polarity – aggressing towards those things that block the free flow of wisdom, and opening themselves to meaningful contact with one another.

Here enters the greatest irony of this mythic moment. The executive that called itself “the most feminist government” in Maltese history has engendered a movement that is being led, primarily, by women.

Helena Dalli did not know how right she was (for all the wrong reasons) when she used the word “femicide”, the “killing of a woman”, to describe the assassination of Daphne Caruana Galizia. When, in 2013, Joseph Muscat heralded his executive as “the most feminist government” this country has ever seen, he had no idea either.

What awareness could there have been? By implanting carefully selected women in positions of questionable power, in commissions and palaces and courts, to justify a smokescreen of ‘progress’, they would be met full-circle, in a revolution that was inspired by a Woman and is led by Women.

The Invicta moves with divine irony, through the barricades of “Freedom Square”, offering a new wave of freedom in place of hollow promises.

Rather than the training “academy” created by the executive for women entering politics, carefully manicured and controlled to survive in the patriarchal system that hangs murder above their heads, the only real feminist revolution is being led by Civil Society.

It is being led by the passion of women who are as implacable and irreverent as their prototype and original.

Which is to be expected, because the ongoing history of Malta (in which Daphne Caruana Galizia played a catalytic role) has constellated a particular revelation of our human nature. Its integral ‘ousia’ is emerging, and this is the essence of Love itself. The sophiological impetus (in its essential identity as ‘wisdom’) to know and be known, all-in-all reconciling.

The opportunity to integrate such wisdom is among us, and our eyes are being adjusted to perceive a light that was always there, veiled but present.

Another wave of feminism (another word for human striving beyond patriarchal violence) that is outraged at what has been perpetrated under the aegis of love. The despicable abuse of “love”, made most evident when civil liberties (basic freedoms) were introduced with twisted intentions, to pacify, to tame, and ultimately to silence and enslave the people of Malta.

The righteous fury of the Lady emerges.

In this outpouring of outrage, aggressing into our world, we are all being washed in Invicta’s energy. We are being instructed to metabolise (to break down) the noxious poisons that have infiltrated our Body Politic. And in the process, we have the potential to integrate Wisdom.

So, to end this reflection. Right now, there are important parallels between what is meaningful and what is manifest. That which is most meaningful in the life of our community (in our lives) is attaining manifestation. And while it is doing so inexorably, because the poetic-logic of this story demands that it is so, we must be courageous and continue to protect, nurture, and pursue this new birth in our history.

The historical person of Daphne Caruana Galizia constellated some very powerful themes in Maltese consciousness. A breathtaking sense of exaltation, verging on disdain; bravery and recklessness combined; fierce protecter of those she loved and of exquisite (if, at times, arch) aesthetic sensibilities.

Malta’s soft goddess of love (and her constant, even if unspoken, threat of withholding that maternal care) has been replaced by a Victorious Lady, wreathed in laurels, who is more like a lioness protecting her cubs, more like fire than water.

Malta is presently bubbling with this fire. We are a laboratory, a crucible, for the transformation of the worst excesses in narcissistic destruction (through the vehicle of neoliberal capitalism and a deeply compromised democracy) into something else.

Something new, and possibly, something glorious.