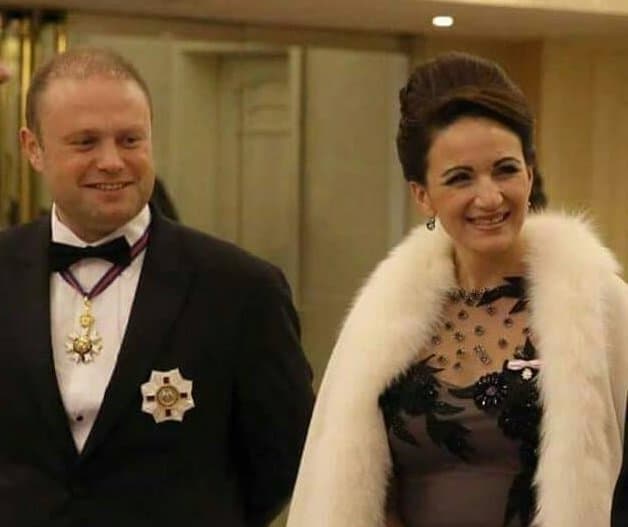 When soon-to-be (but not soon enough) ex-PM Joseph Muscat had done his snivelling big-girl’s blouse act after he had published the conclusions of Magistrate, now Judge, Bugeja’s report on the ownership of Egrant Inc, many were signally unimpressed.

You see, when a judicial officer uses words, these are used with precision (and quite a bit of waffle, which might sound oxymoronic but isn’t) When the beak said that there was no evidence to show that Egrant was owned by Michelle Muscat, the PM’s missus, this was ALL that he was saying.

Those of us for whom the English language, even in its legalese dialect, is not a closed book, got the point: absence of evidence is not evidence of absence.

It could be put in other words. For example, had the judicial gentleman not been bound by the strictures of his calling, he could have said “there’s no evidence YET that Michelle Muscat is the owner of Egrant”.

Or he could have said “based on what the investigators showed me, I can’t say that Michelle Muscat is the owner of Egrant, but hey, I can’t guarantee that there isn’t something else out there that hasn’t been shown to me”.

Events since Joseph Muscat’s imitation of an emotional teenager telling her friends that her boyfriend had left her have not really changed things. I remain unconvinced that Egrant is not a vehicle in which Joseph Muscat is interested.

Let’s take a look at some of the relevant facts. The word “some” is relevant.

Karl Cini, who as I write remains without his collar having been felt by the financial crime cops (I wonder why) on setting up Egrant’s sister companies, Hearnville and Tillgate, was not shy to tell Mossack Fonseca who the ultimate owners of the latter two was.

In respect of Egrant, which we are told is one of only three companies set up by Nexia BT with Mossack Fonseca, he was way more than slightly reticent.

In fact, he would only tell them who the real owner was over Skype, presumably unaware that the Yanks were, at the time, monitoring all Skype communications. In this regard, incidentally, we remain in the dark as to whether the Inquiry sought information in this regard and whether there was any outcome.

Now, if you’re fine with telling Mossack Fonseca that the PM’s Chief of Staff (one Keith Alan Schembri … or is that Allen, I forget?) and the PM’s Big-Beast Minister (one Konrad “Shame on You” Mizzi) were going to latch onto whatever loot would come Tillgate and Hearnville’s way, why would you be not fine with telling them the same about Egrant?

I mean, what, was it Donald J Trump or Boris Johnson or H M The Queen who were involved? Had they engaged Nexia BT, in the person of Karl Cini, to launder some ill-gotten loot?

I somehow doubt it, so it must be someone “home-grown”. Remember we’re talking about the PM’s Chief of Staff and his most powerful Minister and you can do the math for yourself.

I’ve done mine and I’m pretty clear in my mind how the numbers stack up. The President of the Republic and the Archbishop are not people for whom Karl Cini and his (and Joseph Muscat’s) buddy, Brian Tonna, were acting.

Fast-forwarding to the present, we’ve been told that – wonder of wonders – a bunch of emails relating to Hearnville and Tillgate (but not Egrant, yeah right) have – what a coincidence – gone missing from the Nexia BT server. We’ve only been told this because the Court of Appeal, in spite of Joseph Muscat’s energetic opposition to the publication of it (though he wanted it to be published, he said) allowed the publication of the Egrant Report, in full, with ALL its conclusions.

You really have to wonder what it is with these people and the electrics/electronics that surround them. Nexia BT “lost some data”, Keith Schembri “lost his mobile”, his (and Yorgen Fenech’s) doctor’s mobile “lost some data”, we had a massive power cut when massive news was breaking and GO had a couple of massive outages.

I’m not saying all the above is connected and I’m certainly not saying that GO are involved in some sort of cover-up, let’s be clear, but it’s not beyond speculation that someone attacked them. Just because it sounds paranoid doesn’t mean it isn’t true, in Malta in 2019.

Moving on, someone who clearly doesn’t have the nous to step away from the shovel when he’s deep in a shit-hole of his own making, John Dalli, instead of shutting up and hoping that we forget all about him and his Energiser-Bunny way of following the money (in his case in order to rake it in) has suddenly gone all motor-mouth saying that Jonathan Ferris lied about him.

“He would say that, wouldn’t he?” is a response that very often springs almost unbidden to mind when someone who has a reason, however innocent (or not) to say something says it.

John Dalli certainly has a reason to say that Ferris lied about him but Dalli fails to explain why Ferris would do that: to put it bluntly, what conceivable advantage would Ferris have to lie about Dalli?

And don’t tell me that Ferris is doing this because he has been led up the garden path by Simon Busuttil, Dalli’s nemesis. It’s only in Dalli’s imagination that anyone has any reason to be nasty to him, he’s not relevant except to the law enforcement agencies who might still have an interest in his wheelings and dealings.

Those that he hasn’t foisted on to his daughters, that is.

The speed with which the Egrant story is developing is approaching that of the case surrounding Yorgen Fenech and his alleged master-minding of Daphne Caruana Galizia’s assassination.
What with Keith Schembri flitting in and out of the case, what with Chris Cardona allegedly being framed, what with mobile phones being lost and/or mysteriously losing data, what with Konrad Mizzi resigning at the same time but for no apparent reason, what with Joseph Muscat resigning but clinging on with bloodied finger-nails for reasons known only to himself, the assassination story has already reached the “you couldn’t make this stuff up” stage.

Alongside it, and connected to it by 17 Black, the Egrant story now looms over Joseph Muscat’s legacy.

Add into the mix the VGH/Vitals/Steward monster lurking in the background, threatening to engulf Chris Cardona, Konrad Mizzi and Edward Scicluna and the very interesting developments in China (flogging citizenship with Sai Mizzi at the helm) and those lucrative wind-farms in Montenegro.

When you do the math, again, the bottom line, people, is that this band of brothers sure did have a road-map in place, nicely costed and well and truly poised to stick it to the country in no small way.

My friend Daphne was killed, brutally and deliberately, because she dared stand up to them.

At the time, and I hang my head for this, we left her alone to fight. Because of Egrant, because of 17 Black, because of Tillgate, because of Hearnville and because of everything and everyone else, we can’t do the same again.

Previous:No regrets?
Next:It’s not a diseased system. The system is the disease.