It’s not a diseased system. The system is the disease. 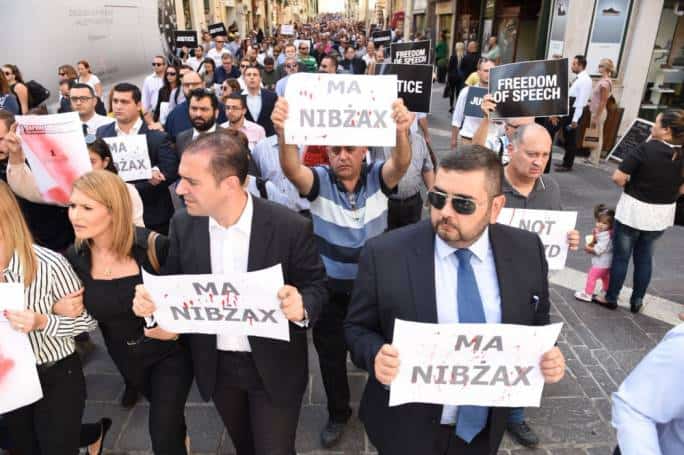 I’m not going to join the bandwagon of the shocked and disappointed. Ivan Camilleri was thrown out of The Times because his former employer has reason to believe Ivan Camilleri used information he became aware of at work and tipped off Yorgen Fenech that the police were after him for Daphne’s murder.

Shock, disappointment and disgust are natural not least because Ivan Camilleri has done some sterling work chasing down the government with corruption stories that were important and helped us all understand just how things bad were.

Ivan Camilleri remains defiant, insists it is untrue he has tipped off Yorgen Fenech and intends to contest his dismissal.

That’s his right and if his name has been unfairly besmirched he is perfectly entitled to clear it. But The Times is also entitled not to continue to employ him while he does that.

It’s an ethical lesson to the government.

Keith Schembri stayed on in Castille for months and years after the Panama scandal was uncovered, continued to receive security briefings on the Daphne Caruana Galizia murder investigation even as suspicion fell on Yorgen Fenech and by everyone’s account, except his, continued to tip off Yorgen Fenech even after Yorgen Fenech was arrested.

The extent of responsibility in the two cases is incomparable.

But let this revolting episode of this great operatic catastrophe help us all realise that what we’re dealing with here is not a system that has been infected by disease. The disease has become the system. Wherever one is – government, police, court, even the press it seems now – the question of right or wrong has become a superstition.

Instead the interests of those who can afford to pay prevail over every other consideration. Yorgen Fenech could turn out to be our very own Tommaso Buscetta. He seems inclined to talk. His story will hopefully paint an accurate picture of how our country has been reduced to be the playground of the richest among us and that the rest perceive themselves as servants to their interests as the crumbs from their millionaire pockets trickle down to us.

We can’t heal a disease.

We need to rebuild this country anew. And people for whom right is preferable to wrong must be the ones to do the building. Or all we’ll have to fill our days is an interminable routine of shock, disgust and disappointment.

Previous:GUEST POST: Why Egrant matters
Next:THE SUNDAY TIMES: What will you do?