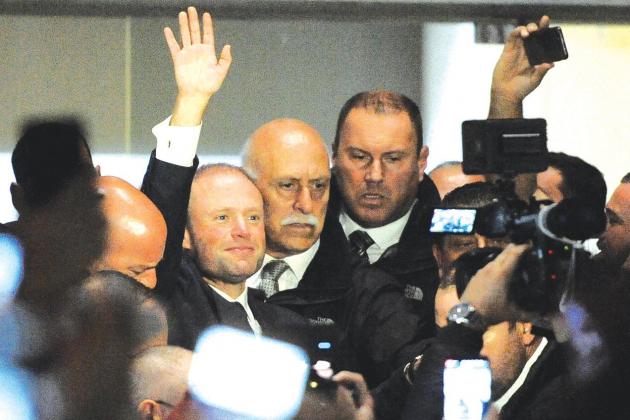 The current state of play is truly disconcerting.

Keith Schembri remains free in spite of the fact that his contortions on the witness stand fool no one, except it would seem, the entire police force. His excuses are childish. ‘I was reading and did not know I was supposed to be in court.’ ‘I lost my phone.’ ‘It’s true I spoke to Yorgen Fenech for half an hour the night before he was arrested but I told him not to run away.’

His version of events is contradicted by three witnesses: his doctor, his old time friend who calls him ‘brother’, and the witness pardoned by his boss to give evidence in court.

If Keith Schembri were anyone else the police would have long charged him. It does not necessarily follow that they haven’t done so because they like him or they owe him. But they have not done so and that is truly a matter of concern.

Joseph Muscat continues to argue that the Egrant report published this week by Adrian Delia vindicates his version of events. When it doesn’t do that at all. On the contrary we actually found at least one other corruption scandal we never knew of in his office and the selectivity in the information he released and the information he kept hidden is another damning line in the indictment against Joseph Muscat for serial obstruction of justice.

Joseph Muscat’s extended stay in office is an act of defiance in and of itself. He has not breathe a word of reaction to a European Parliament resolution that practically unanimously called for his immediate resignation. The only official reaction came from his aspiring successor Robert Abela who pissed on the entire European political consensus declaring he will seek Joseph Muscat’s advice every day when he takes over from him as prime minister.

Quickly and sadly Maltese public opinion is reverting to type led and organised into neat opposing tribes by the capable propaganda of the Labour Party’s One TV. The nation has largely accepted now that it is ok for a prime minister to hold office after his number 2 whom he defended from challenges to resign for an entire 3 years is implicated in a murder. Like our ancestors who assumed that a poisoned snake’s bite on a shipwrecked prisoner confirms the old adage that everyone gets what they deserve, most people now assume that since Joseph Muscat was not forced to resign, it must mean he did not have to.

Now the Labour government is getting ready to turn on to protesters, activists and journalists to blame on them the looming economic downturn. Anyone dealing with banks and financial services knows that the great chill has started. No one knows this better than the government that will change little beyond the name of the prime minister. They will not carry the responsibility for the worst economic disaster to befall this country.

They will instead say that protesters holding banners saying ‘Mafia State’ gave the country a bad name out of their irrepressible desire of removing a Labour government and replacing it with a PN government.

2019 is the year in which Joseph Muscat announced his resignation, ending his 6 year stint as prime minister. The consequences of his criminal government will start being felt in 2020 and the party that foisted him on us has no intention of getting the blame.

Previous:MONEY MAGAZINE: The banker who came from Iran
Next:No regrets?