Once again, as we’ve been doing for 10 days, I turn to Labour MPs. Remove Muscat today. 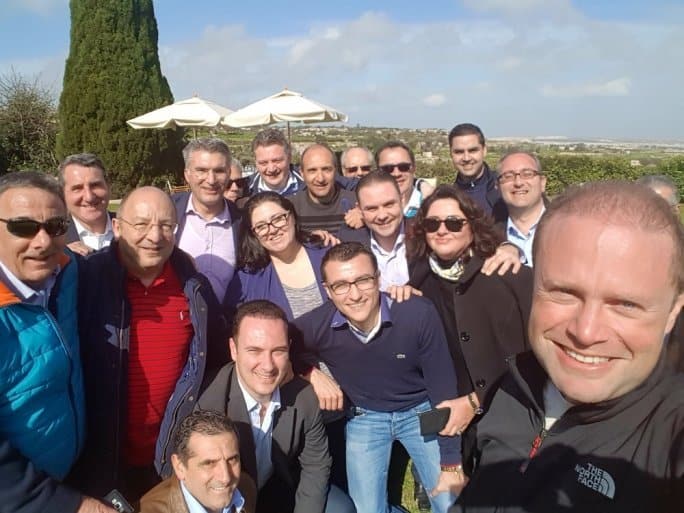 The first response of the Labour Party parliamentary group after the appeal they received from civil society activists including myself to remove Joseph Muscat from office was to vote on an unanimous vote of confidence to retain him.

I suppose it was to be expected. For three and a half years, first by the Nationalist Party when it still had a voice and later by civil society activists, the call “Barra”, out, rang loud outside Castille. The Nationalist Party was believed to be motivated by replacing Labour in government. Of course, it was. That’s the job of political parties.

When the PN proceeded to eat itself up over corruption and switched to what they call “bread and butter issues”, Labour leaders and supporters saw civil society activists as nostalgic, “negative” nationalists blinded by the same partisan ambitions.

My biggest regret is our failure to persuade them, to come across to them as sincere in our conviction that Daphne was killed because of what she wrote and that what she wrote was true.

We failed to convince people that truth could free us all.

Even that time, less than two weeks ago, that we stood on the steps of Castille and asked the Labour parliamentary group to remove Joseph Muscat we were not believed. They defaulted to type, building the fortress of partisan defensiveness, the instinctive solidarity with a battered leader.

They had to experience the rot within their very ranks when they heard last Thursday night that to save his own skin Keith Schembri sent messages to Yorgen Fenech. They also saw how he likely sought to organise a frame up to pin the murder on Chris Cardona. And then they saw how Joseph Muscat organised Keith Schembri’s inexplicable release from police custody.

In the last two years the Police have issued no more than one or two statements about their investigations into the greatest and foulest crime Malta has ever experienced. On Thursday they did something they never do. They issued a statement not merely announcing Keith Schembri’s release but his exoneration.

Now even Labour leaders were angry. The penny had finally rung on the floor.

So, we’re in a different place now. And we repeat our appeal. The fact that only you can force Joseph Muscat out – not the president, not the police, not the courts and especially not protesters in the street – means also that you have the duty and responsibility to do so.

Every day he stays on this conspiracy gets deeper and darker. Every day you allow him to stay the coverup gets tighter.

If you are serious about justice remove him. Today. At 4pm we’re gathering in Valletta to tell you this again. You have let your party, your voters, your supporters and the entire country down for three and half years. Doing the right thing now will not redeem you. But not doing it will turn your inadequacy into a crime.

Previous:Yorgen Fenech has been charged with murder. It will get even more interesting when he’s charged with money laundering.
Next:When they were having a laugh