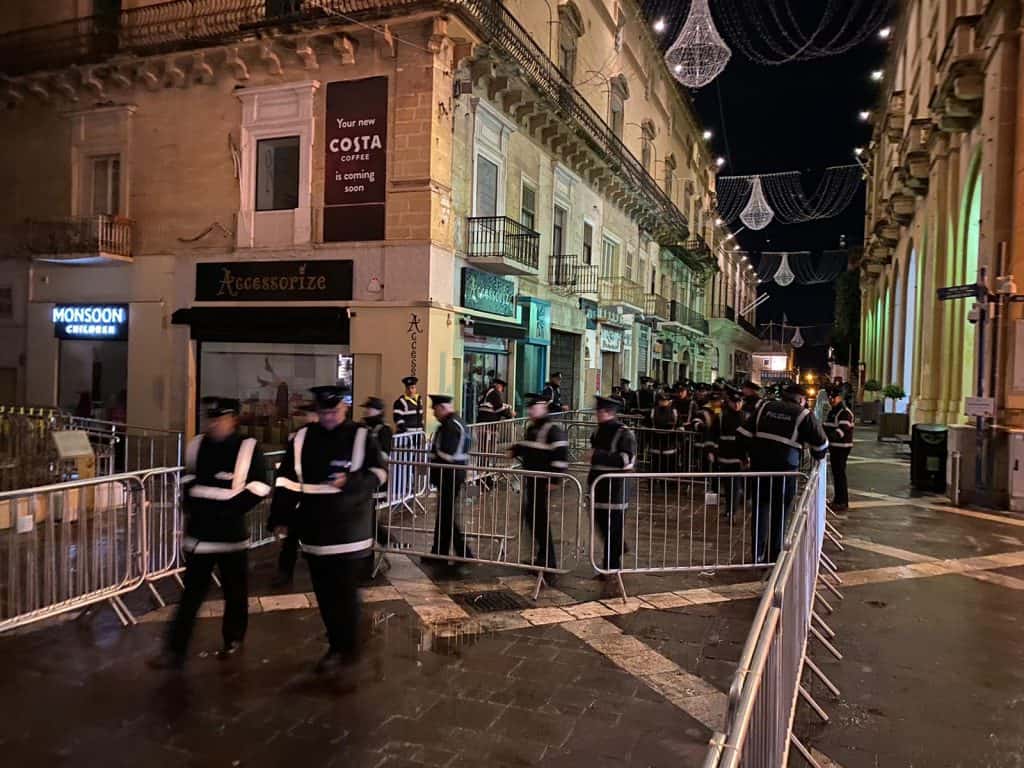 To describe the presence of the police in Valletta early this morning as heavy is a hopeless understatement. No matter how substantial the number of protesters responding to the call made by Repubblika and #occupyjustice for people to participate in the Republic Day events, the ratio of policemen to protesters is likely to be unprecedented.

The police must do what they’re told and as activists have already stated earlier this week today’s protest is not against them or their colleagues in the army who on occasions like today’s take a lead ceremonial role.

I would reiterate a clear reminder. Horses often feature in ceremonies like today’s. They won’t understand we’re not angry at them. When horses go by let’s quiet down and protest simply using our banners.

See you in town.

Previous:Guardians
Next:The Decline and Fall of the Muscat Empire