We are being watched 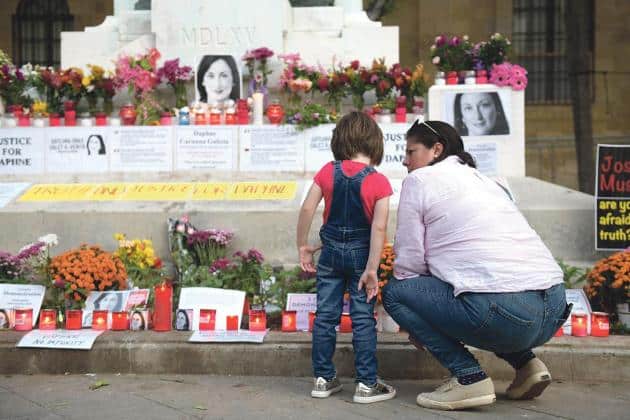 It is of some comfort that the governments of Germany and the Netherlands will be sending representatives to monitor the independent inquiry into Daphne Caruana Galizia’s assassination. It is likely other countries will follow suit. That’s after international free speech NGOs and journalists from all over the world threw light on Malta and kept it there after what happened here these last six years.

It is of some comfort that for the first time in two years our institutions stopped and sat down to listen to Daphne’s son, her husband and her parents speaking about their loss and what they have suffered at the hands of the state.

Matthew Caruana Galizia speaking in a courtroom at the inquiry is in and of itself a victory for justice. Days before policemen were reluctantly obeying orders to push barriers against him in Castille Place as he waited outside while Cabinet spent the night protecting Joseph Muscat and exonerating Keith Schembri.

That same night his brother Paul Caruana Galizia was held by bouncers with no official function but in the case of some with a considerable record of thuggery locked in a room inside Castille.

It took two years of battle, lobbying institutions and campaigning for the government to allow the inquiry to start. But the failure of our institutions is so extreme that we feel we have to welcome the presence of international observers in the process. It is a form of security for justice that has been so viciously denied so far by our own government.

Of course this is embarrassing. This is what our country has come to. Our institutions cannot be trusted to do their job without the watchful gaze of the governments of other countries.