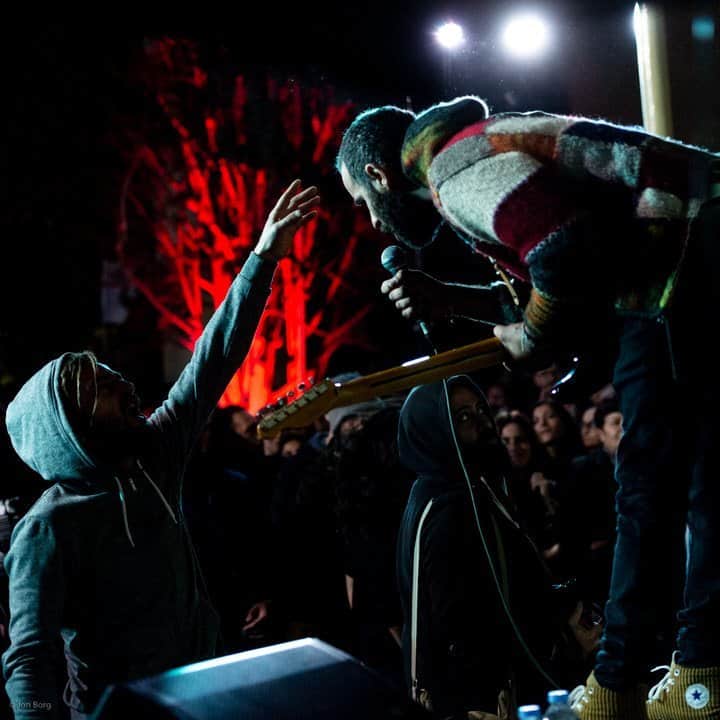 Bella Ciao is an Italian ‘canto popolare’. It tells the story of a ‘partigiano’ who offered his life, not exclusively in times of war, for his country’s freedom or liberation. In years, it developed into a protest call against forms of dictatorship and oppression. It was revived when Italy was struggling to overwhelm fascism.

This ‘canto popolare’ is today the song of whoever endeavours to overwhelm evil. The existence of multiparty political society and rule of law, complemented by free elections, has long been in political terms packaged as in no way guaranteeing democracy.

Malta has had its ‘partigiano’ who did not die in real war but in a clinical political war that goes beyond party politics and that is still and is evidenced to remain with us irrespective of government.

This “vast silent crowd” for long years has been coerced to a state of submission by a professed neoliberal party that transformed our state into an autocracy where the wealthy became wealthier in an environment that promoted excessive consumerism that silenced the vast sectors of society.

It needed to overcome fear of participating in active politics. The protest performances, and the resource to legal processes, have bloomed in terms of approval among a society that has been usurped of its authority. These initiatives pleased also those who had toed the government line. Protest cries and the calling of colourful names apart, these civil society groups are praised for their discretion, gentleness and good intentions. All characteristics and spontaneous expressions of civil peace.

Calls for justice and rule of law, calling government derogatory names, alone do not constitute a civil society programme. Political groups can withstand these emotional turbulences. Particularly so if the influential elite en masse do not approve same protests.

Civil society needs to propagate its programme and lead. Itself has to engage with the political formations, telling all political groups what it stands for and what it expects from same in this political and constitutional crisis. Civil society, irrespective of its delegation of limited authority to a government body, retains overall rights and authority.

Civil society groups, as distinct from a political society, need to keep a calculated distance from the political formations. But their distancing themselves and sense of detachment from political parties is in itself a defeatist approach. It indicates inconsistency. Since while civil society could be the creative means for a future Malta, it is only political parties that could deliver same.

Is this distancing and detachment enunciated by civil society leaders nascent of loss of faith in the political system? Civil Society need to look politicians in the face and be convincingly assertive in its aspirations. This is no call for any approaches towards direct or immediate democracy. This is a call for the demand of political guarantees towards the achievement of the common good. The parties are obliged not only to develop credible transparent intra-party democracy but also to promote the widest form of deliberation on issues affecting the people.

In its endeavours towards a better Malta, civil society has to be led by the principle of unequivocal fair execution of justice. This angry and hurt crowd shall have as its principles the emergence of truth and justice. Civil society shall not indulge in retributive objects. It needs to be led by the values of civil peace – freedom, respect and dialogue. It needs to show benevolence; a credible vehicle towards rectifying inequality that in itself calls for justice in respect of the wrongdoer. Reconciliation does not do away with truth and its aftermath.

Should this politically and morally illegitimate Labour Party, on the premise of consistent electorate support alone, be by inference the only party that could lead a country in this constitutional paralysis?

It has reversed lies and hate on us citizens; it unified truth with telling lies, representing its world that made them feel most comfortable. It profited from the citizens’ good faith, from the citizens’ fears and difficulties in order to steal their attention. It has drowned its political contents beneath an ocean of vague communication. It is a government that in a time of social and political crisis, instead of developing better strategies, is now dedicated to repairing its defensive palisades that the late “partigiano” incisively targeted; thus spurring this restored social magma of consciousness.

The Partit Nazzjonalista has transformed itself into the perennial observer of Maltese politics. This has caused the party considerable loss of electoral support and credible political projections. And yet apparently such nebulous scenario is striving towards sanity. The problems with the party’s perceived factions are not on issues of principles, or the mix of conservatism versus presumed liberal thinking. The problem of the party is solely attributed to the premise that, faced with a strong party in government, even if now its defensive barricades are crumbling, itself lacks the required persuasion that it can move things.

In today’s call for greater participation by the electorate through all media and socio-political means, the Partit Nazzjonalista could, given civil society’s claimed guarantees, deliver the people’s aspirations if it resigns to afford a listening ear to the people through an enhanced intra-party democracy, deeper deliberation at its grass roots and of course asking for a dialogue with civil society.

The party cannot afford to display any degree of arrogance. By adhering to its belief in a dialogue with faith as represented by its Christian democratic values in consonance with today’s evolving society, endowed with a possible renewed secular conscience that remains a prerogative of liberal democracy, the party may not just be a choice of a lesser-evil but a valid alternative.

An illusory third party could be a welcome but remains such. In ways it could enhance the materialisation of checks and balances. But nothing seems imminent, unless moonlighting initiatives are switched on.

It is in these respects civil society needs to present its manifesto. Fighting against corruption and violence and rule of all is already yesterday’s problems. Civil society and the political society as a whole need to put forward their qualified and conditional programme where only politicians with a capital “P” can be part of. It shall be the start for our much needed reformation of our political society.

The slain ‘partigiano’’s flower has to be cherished and mystically watered.