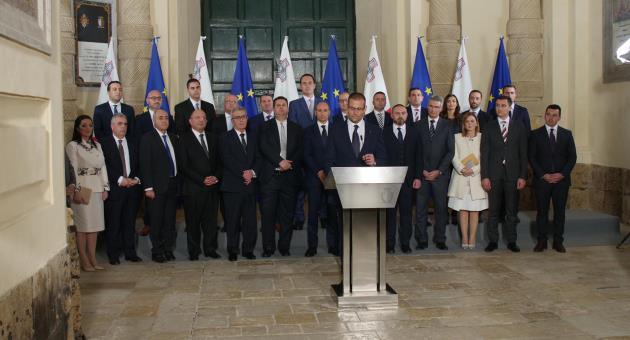 If you needed confirmation that Robert Abela’s premiership wasn’t going to get – or deserve – a honeymoon, Sunday’s papers provided it.

On Malta Today, its owner Saviour Balzan wrote about how a bunch of craven cowards vomited their thoughts about the disgraced Joseph Muscat into his lap. These revolting turds weren’t named, but according to Balzan, they were some of the Cabinet ministers who gathered in Castille in November to deliberate on a pardon for Yorgen Fenech.

Today they say they are shocked that Muscat did not leave at once. One senior minister said: “Muscat should have resigned that night… it was his only option” and went on to say that “most of us felt used and deceived”.

Most ministers who spoke with him, Balzan went on, could not understand how Muscat could not have been aware of the actions of his chief-of-staff Keith Schembri. One even said that “I am starting to believe some of the allegations about Egrant… the ones we rebutted so vehemently in public,”.    At least two other senior ministers shared a similar sentiment.

All ministers who spoke to MaltaToday came down hard on Muscat’s decision to fly off to Dubai on a three-day holiday with his family at the height of the crisis. “It was reckless, it was arrogant, it sent the wrong message. I can’t understand this attitude. It did not look like the Joseph we knew.”

Bear in mind, if you would be so kind, that Robert Abela has retained the services of virtually ALL the Ministers who were in Castille on that long night in November, that night when Keith Schembri thought it was a good idea to call Robert Abela’s wife to let her know that he (Schembri) knew precisely what Abela had been saying about him in a closed session of the Cabinet.

Of the ones not kept in service, two, Agius Decelis and Joe Mizzi, do not appear to be at all tainted directly by an association with thugs and criminals. That is not to say, of course, that like the rest of their colleagues, they are not craven cowards who knew they should have stood up to be counted and lived up to their oath to serve the country.

So, if a goodly number of Abela’s Cabinet are craven cowards who should have – at the very least – spoken up earlier, and if we recall that Abela himself was a counsellor to this spineless troupe of clowns and jellyfish, why should we not continue to feel betrayed by them? True, some fine words have been spoken and some tiny, weeny, baby-steps have been taken in the right direction, but what we have read today is evidence beyond reasonable doubt that this bunch, for all that they have a new boss, are the same ones who supported the old boss.

And if Malta Today isn’t enough, consider the story about Uncle Silvio Valletta, who travelled in business class with Yorgen Fenech to watch a football match in exclusive surroundings. Fenech was known at the material time to have been a suspect in murder, and Valletta was in a position to know this (he denies it, and it’s up to you to believe him or not)

Valletta’s position as lead investigator was challenged by the Caruana Galizia family and eventually, despite the Government throwing its full weight behind him, the Court chucked him off the case. Eventually, he resigned from the Force, although he and his wife, Minister for Gozo Justyne Caruana “have a professional relationship”, whatever that means.

Robert Abela has retained Caruana as Minister for Gozo, at least as at the time of writing this (Sunday afternoon) and shows no sign of changing this position, for all his fine words about good governance.

I’ve quoted extensively from the Malta Today story. What the disgusting turds who unloaded their feelings to Saviour Balzan said is what many of us, in the face of insults and taunts from people like Martin Scicluna and – it has to be said – Balzan himself, though to his credit, the blinkers seem to have come off, have known for a long time.

Namely, that Joseph Muscat and his coven simply could not be trusted and they were in it for their own interests, pure and simple. In at least a figurative, and it is fair to say, probably in a literal sense, they have blood on their hands.

They all deny any wrongdoing, all of them, Muscat, Schembri, Mizzi, Cardona, Scicluna, Gafa’, Tonna, Cini and every single one of them.

They will, I trust, forgive me for not giving their denials the time of day.

Previous:Look like the innocent flower
Next:LONG READ: The PN wants to catch them young