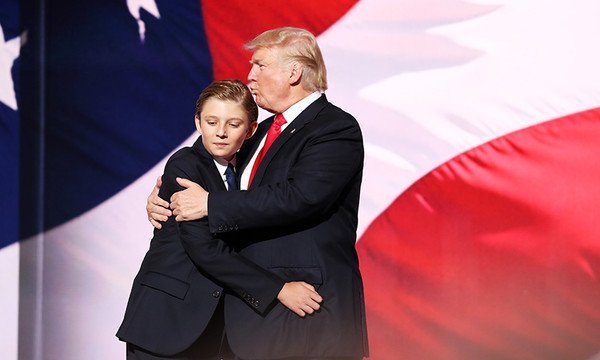 I let some time pass before I commented on Robert Abela’s appearance on TVM with his family. The first reason was to avoid even the impression this was some “attack moqżież u faħxi fuq it-tifla tal-prim ministru”. This is not what this post is about at all.

Why do politicians present themselves in photos and TV opportunities with their small children? Because children make politicians look better. I did not watch the TV appearance of Robert Abela’s family because life’s too short but from what I could pick up since Robert Abela’s daughter is adorable. He’s not wrong. Of course, she makes him look better.

I’m not speaking from on a high horse here. In his situation I’d quite possibly make the same mistake. I was a politician once for all of an abortive single electoral campaign at which I performed miserably. And I too took photos and videos with my kids. They’re prettier and smarter than I am. And standing next to them I look like better, perhaps even a better person than I truly am. The fact that they’re not running away from me will suggest to a voter that I may not be quite as horrible as I sound. A politician with their adorable kids look like “dads” and “mums”, folksy, cuddly family men and women. Surely, that’s a good thing.

But along with many other lessons I would hope we can all learn after the Joseph Muscat experience we really should learn that it is only the politician daddy or mummy that benefits from the deal of appearing with their children on the campaign trail or on the PR drive while in office. But the children do not benefit from the deal at all. Quite the opposite really.

There’s another thing this post is not about. This is not about what plans Joseph Muscat may be making the leave the country for good at the first available opportunity, to run away from the heat of the law. Nor is it about what possible reasons Joseph Muscat might have to take his two daughters out of the school they’ve been in throughout the years of their education up to now. Apart, that is, from the reason that he gives.

We’re going therefore to take as a given the claim publicly made by Michelle Muscat that her daughters were bullied at their school. I know the school disagrees with this and I also know they’ve always known they’ve had a special case to handle when they were schooling the daughters of the prime minister. The school believes it has acquitted itself. The Muscats don’t agree.

So right in the middle of term Joseph Muscat has taken his daughters out of their school and moved them to a small, little known school used exclusively by particularly wealthy expats. The new school is on a completely different academic path from the children’s old school. It does not offer the local language Malti and charges stratospheric fees the provenance of the money to pay which, Joseph Muscat will only be able to explain with his ‘none of your business’.

Again, this post is not about asking how the Muscat household, that now has a single income earner who earns less than €1,300 a month after tax, hopes to pay for school fees that will eat up their declared savings in less than two years. There are plenty of other posts here asking about inexplicable spending by the Muscat family.

This post is about taking at face value the Muscats’ claim their children have had to move school under these conditions because of bullying. And they were, they claim, bullied because they belonged to Malta’s then not yet ‘former’ royal family.

Adrian Delia too has been posing in photos with his sons for whom too he pays considerable school fees at the school the Muscats have turned their backs on, for rates that look entirely incongruent with his declared resources.

All politicians – particularly balding, middle aged men – desperately need their children to make them look better. But is the price the children would have to pay too high for the reward their dad gets.

After all, why should the choice of politicians be about how good they look or even how tender they are with their children. Blood-thirsty Mafiosi who would not flinch while dissolving their enemies’ bones in acid, are tender and loving and kind to their own children. They are, famously, ‘family men’ but that’s hardly a demonstration of their character.

Instead of electing the best woman or the best person for the job, we are presented with candidate families trying to look cute (and in the case of the children, without making any effort as children will pull anyone’s heartstrings whether they mean to or not) and hoping for us to make them into our royal families for a while.

I suspect Harry Sussex may not recommend this to anyone.

What’s more no one needs to take this risk. Whatever we may think of the Muscat parents their children are entirely innocent of their parents’ choices and behaviour including decisions about their children’s exposure to publicity and compromises with their academic needs.

I too am a father of children around the age of the children of the Delias, the Abelas and the Muscats. I know I would never have put my children in a situation where they will have to wonder for the rest of their lives how different that party in Girgenti at daddy’s birthday would have been if they realised their father accepted those bottles of Petrus from his odd guest Yorgen Fenech. It will be one of many things they’ll have to come back to for the rest of their lives.

But I’d likely have savoured the oohs and the aahs if my daughter called me Sponge Bob on national TV. It looks harmless now. Let’s hope it stays that way for her. But if I may, perhaps, it’s better if children are left out of it.