Sandro won’t have it 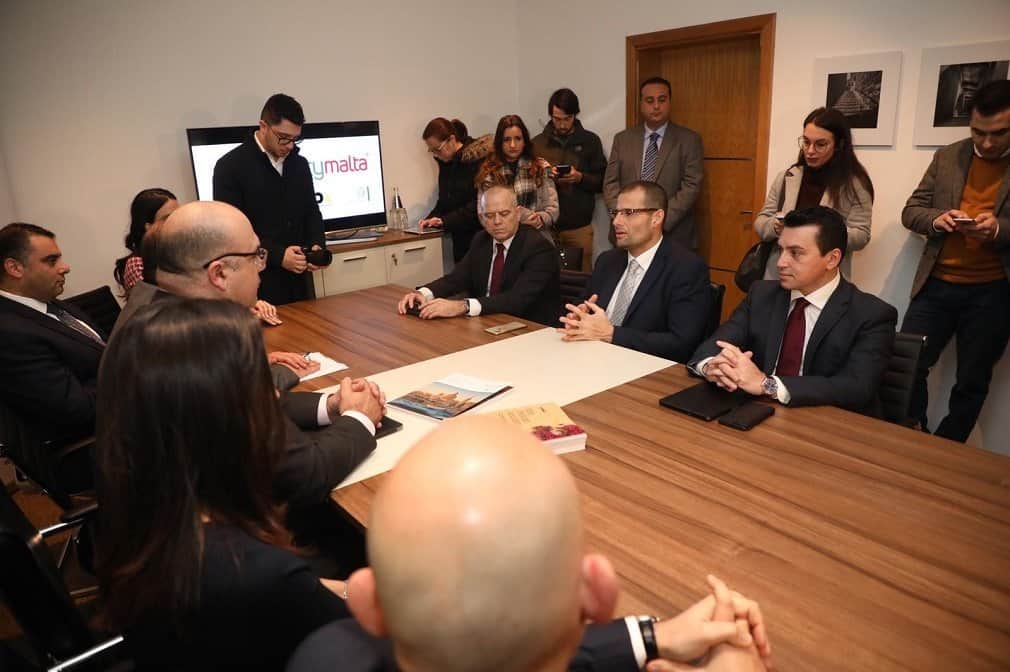 Civil society is almost always on the other side of a debate with developers. The lack of responsible governance for planning, development zones and building regulation is one of the most prominent concerns of the democratic community. The consequences of corruption in this sector are as painful as those of any other but the damage caused is far more permanent.

Joseph Muscat’s “business friendliness” opened the door to the mafia in the gaming industry, to money launderers and sanctions dodgers in the banking industry, to tax evaders and identity swappers in the passports industry. But the one we suffer from most is the opening to the greedy tree choppers and concrete shufflers of the construction industry.

There are a number of high-profile cases that have been particularly shocking. The carving out of the St George’s Bay peninsula to the DB Group and to Corinthia comes to mind; the permitted construction on cliff faces in Gozo which so far has only shocked people with enough imagination to picture in their mind what has been permitted; Joseph Portelli’s Qala development, permitted and kept up his greedy sleeves for sunnier days.

Those cases are representative mostly due to their size or the extent of the outrage but they are also symptomatic of a systematic degeneration permitted by bureaucratic complicity. Consider all the petrol stations permitted while the authority fails to draw up a policy that will necessarily forbid them. Consider the shelving of a disciplined structure plan. Consider the abandonment of local planning that exists only as a curious item of archiving and is at best irrelevant.

This has often been explained as a system of an even grander corrupt scheme. Developers fund our political system. Political parties depend on their grace and generosity merely to exist. Politicians can never get serious about stopping or managing the greed of developers while developers hold them in their pockets.

Sandro Chetcuti of the Malta Developers’ Association said in a speech he’ll have none of that anymore. He explicitly backed civil society’s argument that parties should not be funded from private interests but directly by the state to avoid even the impression of a corrupt relationship between power politics and moneyed business.

Oddly he portrayed his industry as a “victim” of corrupt politics. Many rightly retorted that several of his members were beneficiaries of that direct and corrupt relationship and continue to be.

But it is significant that the MDA calls for a “full-time and professionalised” political system with a fully functioning parliament and political parties that are equipped to do their job without waiting on the grace and mercy of big business.

It is significant that the MDA says this because corruption works both ways. Bribes are offered but they are also solicited. And you can see how Sandro Chetcuti may have gone through a story arc that took off from the fourth floor of Labour HQ before 2013 and may be elsewhere today in the aftermath of Joseph Muscat’s political crashing out.

When Joseph Muscat took over the Labour Party, the party was mistrusted, isolated and poor. The business community, even people who had a traditional family loyalty to Labour, had been unhappy for many years about the party’s anti-Europe stance. Being anti-EU at the time was not far from being anti-business, anti-growth, even anti-future.

In 2008 many of these people were frustrated by a Labour Party that would just not offer itself as a viable alternative to the PN that had been in government with a brief interruption since 1987.

Joseph Muscat provided that alternative and was flushed with the money to realise the promises he made. The financial fortunes of the Labour Party were made on the back of those promises.

Of course, Joseph Muscat’s promises were a bit like those made by the witches on the blasted heath. What he promised was true but to win us to our harm the instruments of darkness us tell us truths, win us with honest trifles.

Joseph Muscat inherited a normal country respected by the international community and attractive to investors. Sandro Chetcuti described to Robert Abela a country where our international reputation is rotten scaring off investors and putting into question all the construction that is going on.

Now the people who regret supporting Joseph Muscat given the ruin he brought on the country find themselves unable to extricate themselves from this pre-2013 Faustian pact with the Labour Party, to mix literary metaphors.

Labour’s rich beyond caring. The PN is bankrupt and wilfully funding a politically bankrupt husk is in any case a bad investment.

We are now at a point where we have secured an oligarchy of corrupt grabbers and stuck with a political system that guarantees their power in perpetuity.

That’s everyone’s idea of a nightmare. Labour MPs are saying in Parliament that the PN’s financial woes cannot become the problem of the Labour Party or its government. But we know that’s an excuse. As the consensus among clear thinking people that the time for brown envelopes is over rises, Labour struggles to continue to protect the corrupt that would not survive a proper reform of our political make up.

The government must explain the lies

Symptomatic of the nation