Careless is not good 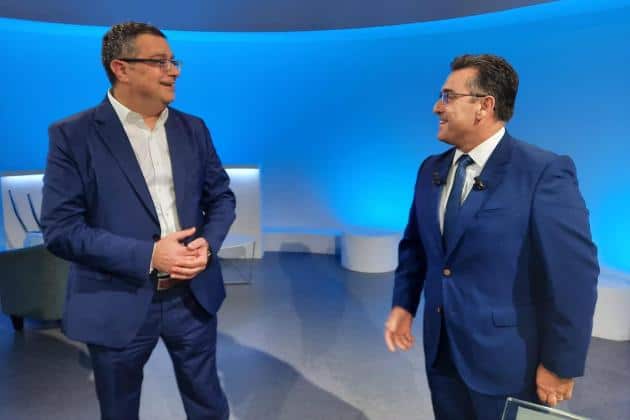 Reports in The Sunday Times and Malta Today about Bernard Grech’s past issues with tax authorities do not make happy reading. He’s been late with his taxes several times throughout his career and has needed court orders chasing him for payment. He has a small one-man practice in family law which may explain his modest income of just over €30,000 a year. But modest income means modest tax bills and he has struggled to pay those.

He’s settled all amounts now and is showing a clean tax certificate from the tax department issued just last week. That’s supposed to be comforting because his rival for the seat of the PN leadership is probably not in a position to produce a similar certificate.

But as we’re getting to know another man that is coming into party leadership from the cold outside, his present status as a fully-paid up citizen is only part of the information this story is giving us about him. This is one of the first things we have learnt about his past, and it’s grim.

Is it too much to ask to have prime ministers who are diligent with their tax payments? I think it shouldn’t be. The Sunday Times’ report says that “sources familiar with his situation described this as ‘careless rather than criminal’.” I’m sorry. Is that a good thing? I mean I understand how careless is less horrible than criminal. But is careless a good thing in and of itself?

I could wax melodramatic about the morality of taxation, our duty as citizens to pay for the cost of upholding our state and ensuring the sustainability of our structures of national solidarity. But in this case there’s also the practical consideration that if you want to be in front line politics, you really should not have any messes that make you look ‘careless’.

And if you want to be the head of a government that must collect taxes to function, you should not have people you’re chasing for payments point out to you your own ‘careless’ record.

This article will, I know, get backlash. There is a big-picture need for Bernard Grech to win convincingly the upcoming leadership election. Of course, I see this as much as anyone. But being dragged along by big picture needs is how too many justify their silence is this island of sacred cows.

Adrian Delia has been handed a golden opportunity: to reduce this campaign to the tax argument, creating a false equivalence between his Yorgen Fenech-flirting, Simon Busuttil-firing, biċċa blogger-ranting catastrophic leadership and Bernard Grech’s carelessness with his tax records. Adrian Delia will rhetorically ask why should anyone replace him with someone he will say is at least as dodgy as he is.

And of course that’s not what happening at all. Someone will say Bernard Grech is to Adrian Delia what a Pizza Hut Cheesy Crust Super Supreme is to eating a teenager’s used shoe. And I grant you that. Pizza Hut over a shoe any time. But there is no universe where Pizza Hut is good pizza.

It seems to me that the collective self-flagellating hysteria that has struck the PN since 2013 of denouncing anyone who has been in politics for over a week, and the constant search for unknown outsiders, is again causing much damage to the party’s prospects. It has become a party of yuppie recruiters looking for 20 year olds with 30 years’ worth of work experience. Or for virgins with the imagination and skill of escorts.

One of the inherent advantages of recruiting from among people who have been in politics for a while is that this sort of carelessness is bred out of young Turks, who want to make a career in the business, very early on. Casually deciding to enter politics in your 40s or 50s after a lifetime of not thinking too much about it let alone plan for the type of scrutiny public life puts you under, is likely to make you regret your life’s choices very quickly.

Consider that Bernard Grech’s real rival here is not Adrian Delia. It’s Robert Abela. There’s no method in the Labour Party that allows the electorate to know whether our prime minister, the one chosen by Joseph Muscat, was good and timely with his taxes in his past. We’re not likely to ever know if Robert Abela always paid on time. And what the public does not know, the public tends not to complain about.

But the voting public, most of whom have their tax deducted at source, carries an inescapable chip of prejudice against people it perceives as privileged for their ability to find ways of dodging tax bills. And this sad story about a few thousand euros left out of yearly returns will become more prominent than things that are more important.

Don’t be disappointed with me for missing the big picture. Mostly people do and if you don’t account for their way of thinking, you’re missing an even bigger picture.

This is not good.