Hope must not compensate for reality. The PN is a mess. 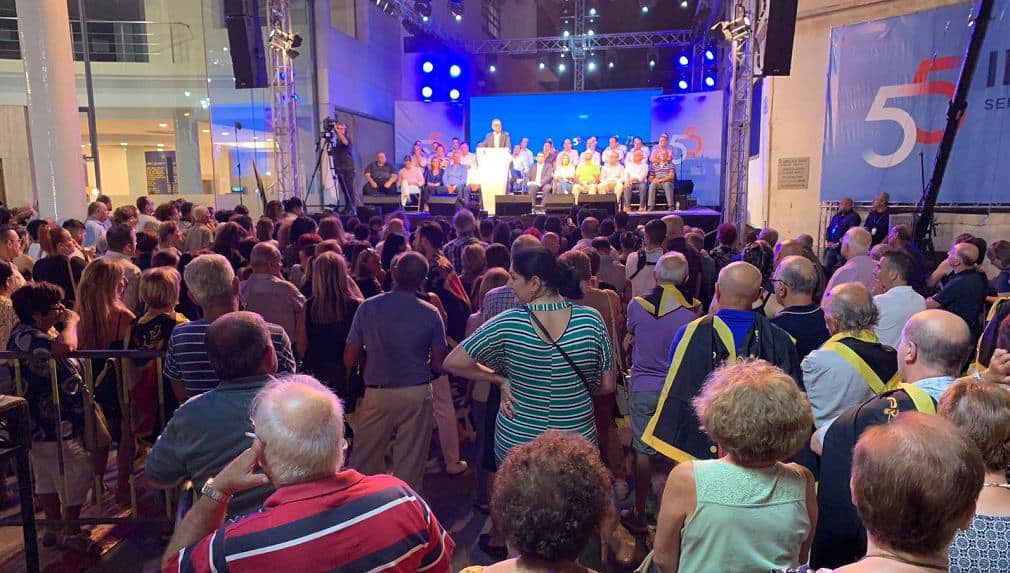 The rules about leadership of the PN in the amendments written into the statute some months ago had Adrian Delia in mind but not in the way things have turned out. The author of the changes intended to prevent another compromised cowboy, with baggage in his past that would weigh down the entire party, from making it to the leadership of the party.

They imposed this due diligence thing in the rule book so that if another Adrian Delia shows up, he’d be stopped before he would even be recognised as a candidate.

The presumption here was that this would be an election without Adrian Delia as a candidate. They assumed that a leader who has been fired would not have the gall to run again for the same position. It’s like finding the CV of someone you’ve just thrown out of your company in the file of applicants for their replacement. Once again Adrian Delia’s crassness, his indifference to the fate of the party, his entirely unjustified Messianic self-belief, caught out party elders who continue to rely on the ultimate hope that decency might prevail.

We have not yet seen the due diligence findings into the two candidates, purely because Adrian Delia has been using lawyerly tactics to delay publication. In the meantime, he’s all over the party’s media saying that the report vindicates him, that everything that has been reported about him in the last three years was lies, that he has been certified as fit for duty.

This is what he did in the last leadership election when he promised to publish a statement of his accounts which, he said, would prove he’s clean as a whistle. But he published his statement hours before balloting started, by when most people had made up their mind on who to vote for. It was too late for anyone to understand the man couldn’t use his credit rating for another supermarket credit card.

He’s using the same tactic this time round. He’s delaying the publication of the report, in the meantime assuring everyone the report says he’s whiter than Colgate. By the time the report does come out, no one will be in the mood to listen anymore.

Watch him. Using arcane procedural rules, citing this or that excuse to cover up the report all the while saying he’s impatient for all of us to read it. As leader of opposition he’s an insufferable jerk. If he was prime minister, he’d be using laws to fuck us over. That’s too familiar a method for anyone to be comfortable with.

But the PN had a political expedient to consider which was more important than the precipitate removal of Adrian Delia from the party’s leadership. They rightly thought that given his viral behaviour of never giving up, like a comet that keeps flipping over itself and falling into the sun, his elimination by a ruling of a committee of faceless accountants would not be enough to settle the matter with his support base, such as it is.

He will continue to tell them – his fans – that they’ve been cheated of the leader they chose. And he will continue to mobilise their discontent, extending, from outside the improvised apartment he had in the party’s headquarters, his job of damaging the PN.

They thought he’d need to be defeated definitively in a proper election.

It seems still likely that he will be defeated. But he’s determined to narrow the gap. Someone in his situation whose first interest is the party’s, would have by now withdrawn from the race and pledged support to the winning candidate, so that the party could come together. Not Adrian Delia. From now his objective is to secure the largest possible number of votes and to scorch the earth that separates his mad kingdom from what his successor might be able to do.

He’s taking no prisoners and giving no quarter. He’s blowing up the rails, the bridges and the factories as he’s pushed out. That’s because his mission to prevent the revival of the PN can almost as effectively be achieved from outside the leader’s office as he was able to arrange for it while within it.

There’s a psychological barrier around the 30% mark. It’s a bit like deciding to be shocked when you hear there have been 100 new positive tests for Covid in a day. If Adrian Delia retains a voting base among a third of the party members, the violence with which he attacks his own party and his colleagues and the subterfuge with which he manipulates his supporters will continue to prevent the PN from coagulating into a serious political option.

As I’ve written in a few posts earlier today, this country will never heal for as long as the public continues to vote Labour after all we’ve learnt so far about what it has been up to since 2013.

Even more than the political wiliness of Robert Abela, the money from corrupt interests poured into the grimy veins of the Labour Party and the ambivalence of the electorate interested first and foremost in easy money making, the persistent damage caused by Adrian Delia to the PN will be the primary reason for our country’s failure to end Labour’s hegemony over this country.

Daphne Caruana Galizia has given everything and her life was taken away from her in the effort to expose Labour’s corruption. Marlene and Godfrey Farrugia quit the Labour Party in the name of decency, the only ones with the courage to do that. Several PN politicians – Simon Busuttil, Jason Azzopardi, David Casa, Karol Aquilina, Therese Comodini Cachia and others – have been and continue to be the targets of both parties for keeping up the fight. Late, but better than never, civil society stepped up, the free press screwed its courage in its sticking place, people took to the streets.

Now it’s time for the PN to get its act together. It’s time for it to rise out of the madness that has possessed it and called itself its leader. It’s time to catch up with the aspirations of this country for clean, sane, rational, compassionate and calm leadership.

It’s time for the PN to get busy living or to make way for something better.