No, Deputy Prime Minister. Political responsibility has not been carried. 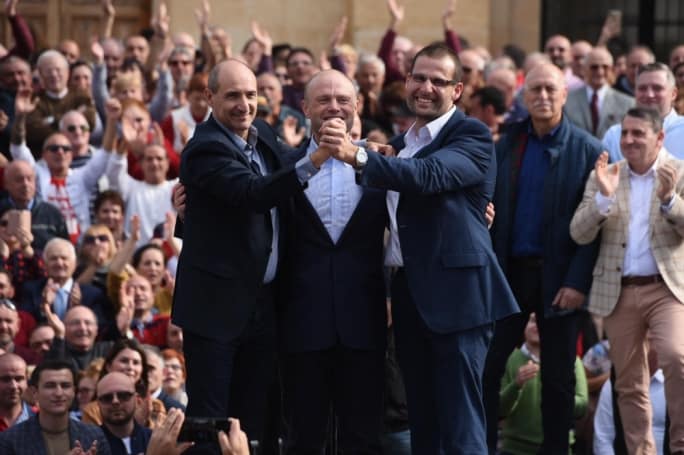 On Keith Schembri, Chris Fearne said Joseph Muscat told him it was for him – the then prime minister – to decide about Keith Schembri’s fate. Not for cabinet, not for the parliamentary group, not for anyone but him.

Lawrence Gonzi did not have a chief of staff. The nearest equivalent was called head of the prime minister’s secretariat at the time. But if we’re talking about the same position and the same person, would Chris Fearne care to elaborate what he’s on about? Precisely which off-shore company was Edgar Galea Curmi caught setting up? Who was committed to pay him $5,000 a day? Which murder conspiracy was he implicated in and how did he try to cover it up?

There is no position that forces you to be corrupt, to launder money, to perpetrate and to cover up murder. That is a choice an individual makes, not a job. And an individual is responsible for it.

But back to Joseph Muscat’s assertion that Keith Schembri’s dismissal was his prerogative. In the chain of command that is true, but as chains go, there’s always someone further up the link, isn’t there?

Since the French Revolution we’d like to think we no longer defer to the unquestionable divine right of executives in authority.

There was an answer for Joseph Muscat that Chris Fearne could have and should have used. Yes, prime minister it is up to you to fire your chief of staff. But it’s up to us, the cabinet, the parliamentary group, the Labour Party, to fire you if you don’t.

And, here’s the rub, deputy prime minister. By not firing Joseph Muscat you took upon yourself responsibility for Joseph Muscat’s actions and failures to act. You retained him so you made his failings yours.

Joseph Muscat’s resignation came too late. It was too late the day Daphne Caruana Galizia was killed as a result. He only resigned two years later. That wasn’t the assumption of responsibility. Joseph Muscat never even acknowledged he did anything wrong. He proclaimed himself a martyr, an innocent self-immolating lamb. He did not quit out of contrition or mortification. His authority collapsed under the weight of overwhelming pressure that he could no longer resist. He was thrown out, and it was not at the hands of Chris Fearne or those who could and should have done thrown him out in February 2016.

Chris Fearne and all of Joseph Muscat’s cabinet colleagues that did not fire Joseph Muscat after he retained Keith Schembri when the Panama Papers came out, have yet to carry political responsibility. They have yet to pay the political price for their share in the impunity they guaranteed to Daphne’s killers and the criminals who sealed the contracts Chris Fearne, Edward Scicluna, Evarist Bartolo say they had nothing to do with: Vitals, Electrogas and so on.

Of course, they had something to do with those contracts, in spite of all their protestations of innocence, incompetence or insanity. They let them be signed and entered into in spite of all the work Daphne (and others) were doing to reveal what was in them.

When we protested in the streets before the June 2017 election, Chris Fearne did not join us to demand that Keith Schembri and Konrad Mizzi are thrown out of politics. He stood with Joseph Muscat and ensured that Konrad Mizzi is re-elected and Keith Schembri is re-appointed. We have not heard an utterance of regret from the man.

All Chris Fearne wanted was for the stories Daphne was killed in the midst of writing, to be forgotten so that the deals he now calls bad – Vitals, Electrogas, and so on – would continue while he ensures his party and himself remain in power.

There was never any consideration of right or wrong. There still isn’t.

And yet, political responsibility will need to be carried, or this country will certify once and for all that politicians can take bribes and kickbacks and cover up murders as they please as long as they get the public to vote for them again. There’s only one answer that can be given to that.

The public, if it has any care for the fate of its country, ought not to vote for them again.

Previous:Defiant
Next:Hope must not compensate for reality. The PN is a mess.